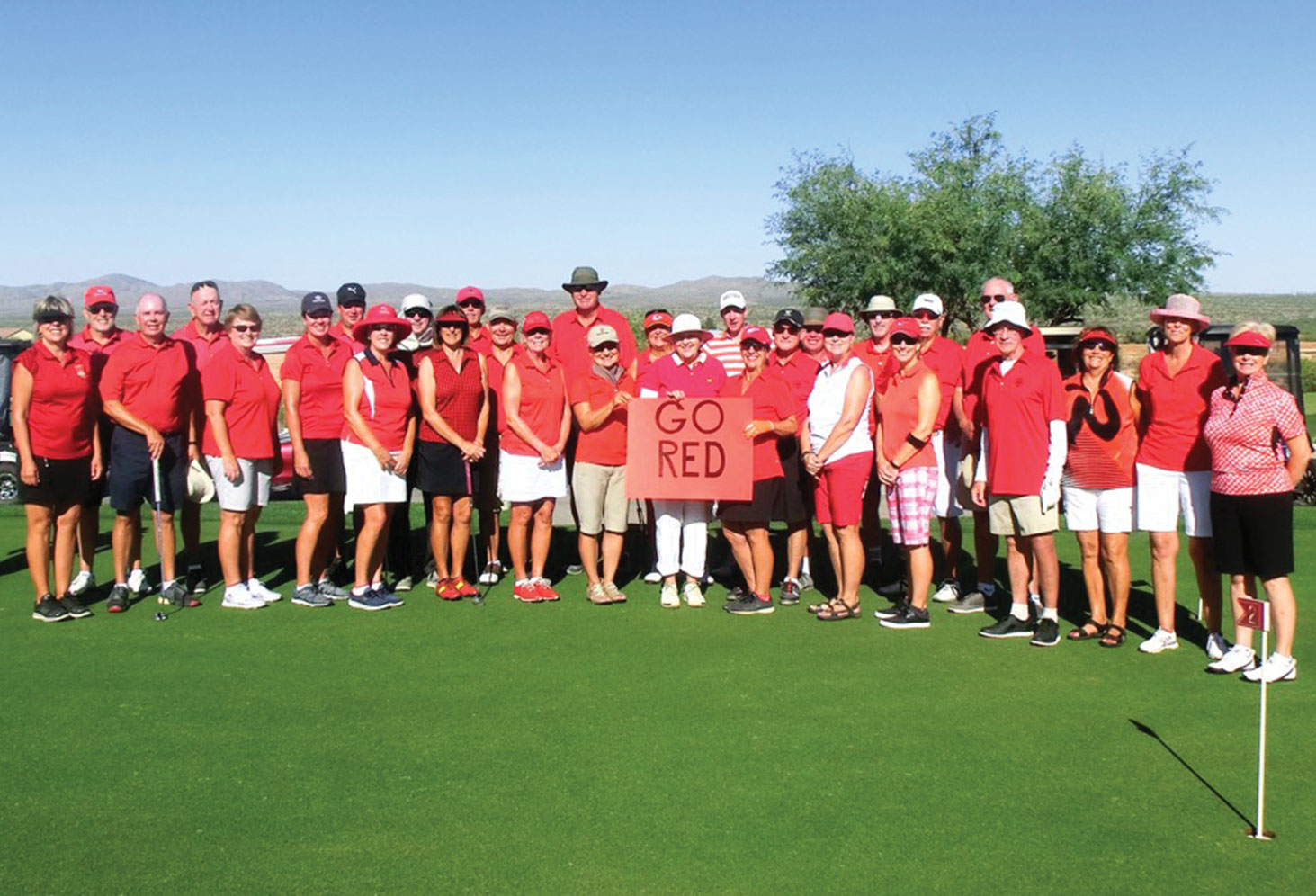 The SaddleBrooke Ranch Women’s Golf Association and Men’s Golf Association joined together teeing up the first Mixed Sticks special event on June 4, 2018. The format was a challenging single day Ryder Cup match play event. Players were divided into two teams, the Red Team and the Blue team based on handicaps and each team consisted of 15 women and 15 men. Normally, the Ryder Cup is a three-day event, but for us, it was six holes of foursomes (alternate shot), six holes of four ball (two-person team best ball) and six holes of singles matches.

Golfers of all abilities competed. The pairings matched the various skill levels affirmed by the final score of 136 Blue Team Winner vs the 134 Red Team Runner-up. All 60 golfers deserve credit for such a successful event. There were multiple pars and birdies and even a net eagle, often accompanied by friendly hoots and hollers!

The Captains for the winning Blue Team were Gaye Ohanian and Bill Moore and the Captains for the runner-up Red Team were Janice Mihora and Richard Osterlund. A huge thank you goes out to our captains as well as Jean Cheszek, Jeanne Osterlund, Sam Rossi and Harley Schlachter for their hard work. It may not take a village, but it sure takes a community to produce such a high quality fun event.

Following the luncheon and awarding of prizes, a vote was taken to assess the interest in making Mixed Sticks an annual special event. With great gusto, the golfers agreed that this should be an annual event. Next year, we hope to expand this event from 60 golfers to the full WGA and MGA memberships. Congratulations to all on our successful first annual Mixed Sticks!