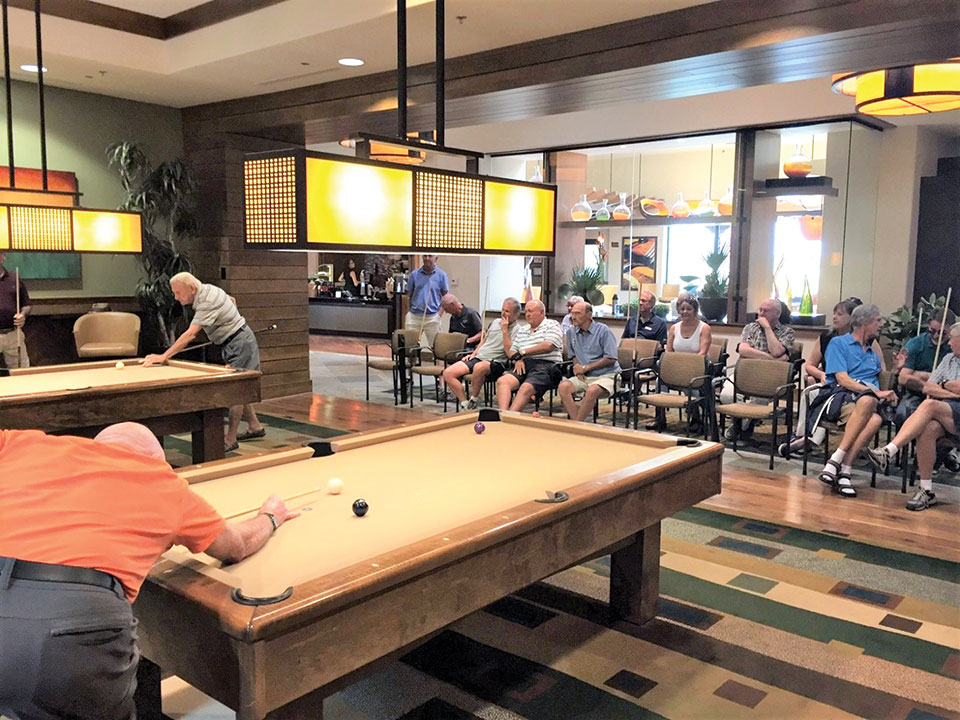 Dean Alfrey is ready to fire in the 4 Ball with the crowd watching. 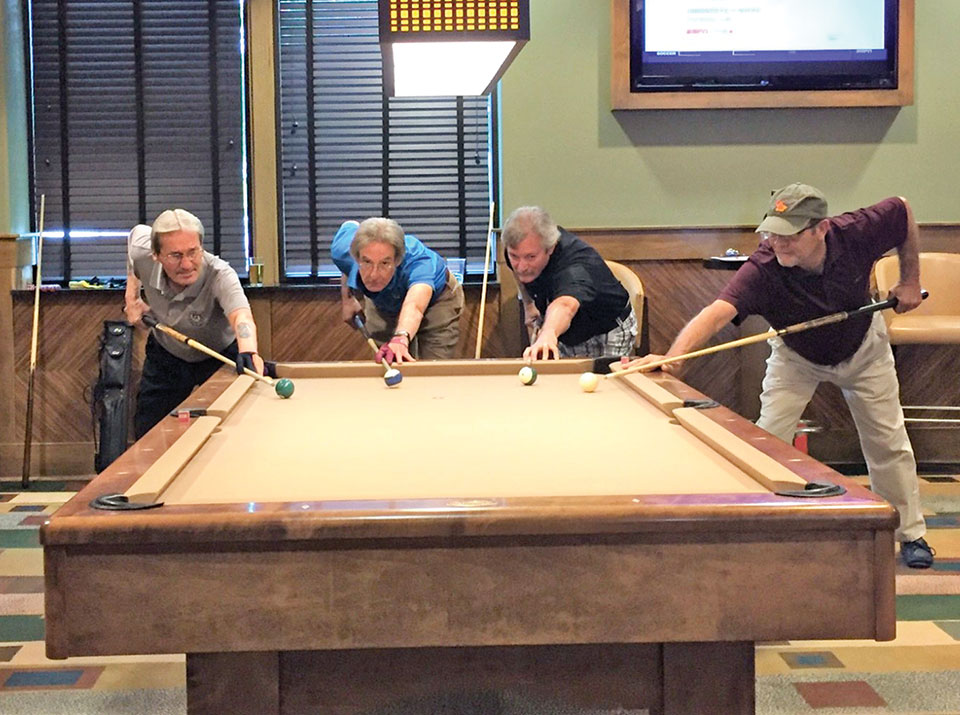 “Pool Players of the Brooke” want to thank our sponsors It’s Greek to Me and Temperature Control Inc.

4th Joe Giammarino – Nobody will remember this. 4 Wins, 2 Losses.

The Ranch’s own Jim Kauffman started the tournament with a win over SaddleBrooke Ranch’s Billiard Club President Cliff Terry. Next up for Jim was Dean Alfrey, and Jim was just too tough and sent Dean to the loser’s bracket. Jim then had to go against a talented Karl Knight. This match up went back and forth with Jim outlasting Karl for the win, which put Karl in the loser’s bracket. The next match pitted Jim against Dominic Borland and was for the honor of being on the Hill. Jim won this game and Dominic was off to the dreaded loser’s bracket. In the loser’s bracket Dominic matched up with Randy Smith for the opportunity to go back and defeat Jim twice for the championship. Dominic won this game and set up a rematch with Jim in the finals. Dominic would have to beat Jim twice. Jim was in control of this game as he ran down to the 8-Ball but left it in the jaws of the side pocket. Unfortunately for Dominic he was left with very little chance to make his last object ball. He tried a difficult shot but it failed to find the called pocket. Jim easily sank the 8-Ball in the side for the title. There have been six tournaments held at the Ranch, and this is the first time a Ranch player has won the title. Congratulations to Jim Kauffman and the Ranch on a well-deserved win! Jim, we hope you enjoy the Irish Cream.

Thanks to all the participants and the ladies of the Bistro Viente Restaurant for their great service and also to Karl Knight and Tom Kaliski for their prize donations.

A fun day was over after three hours and 30 games of 8-ball. Sixteen participants competed and met some new friends that shared their passion. That is a good day! Rack ‘em up!