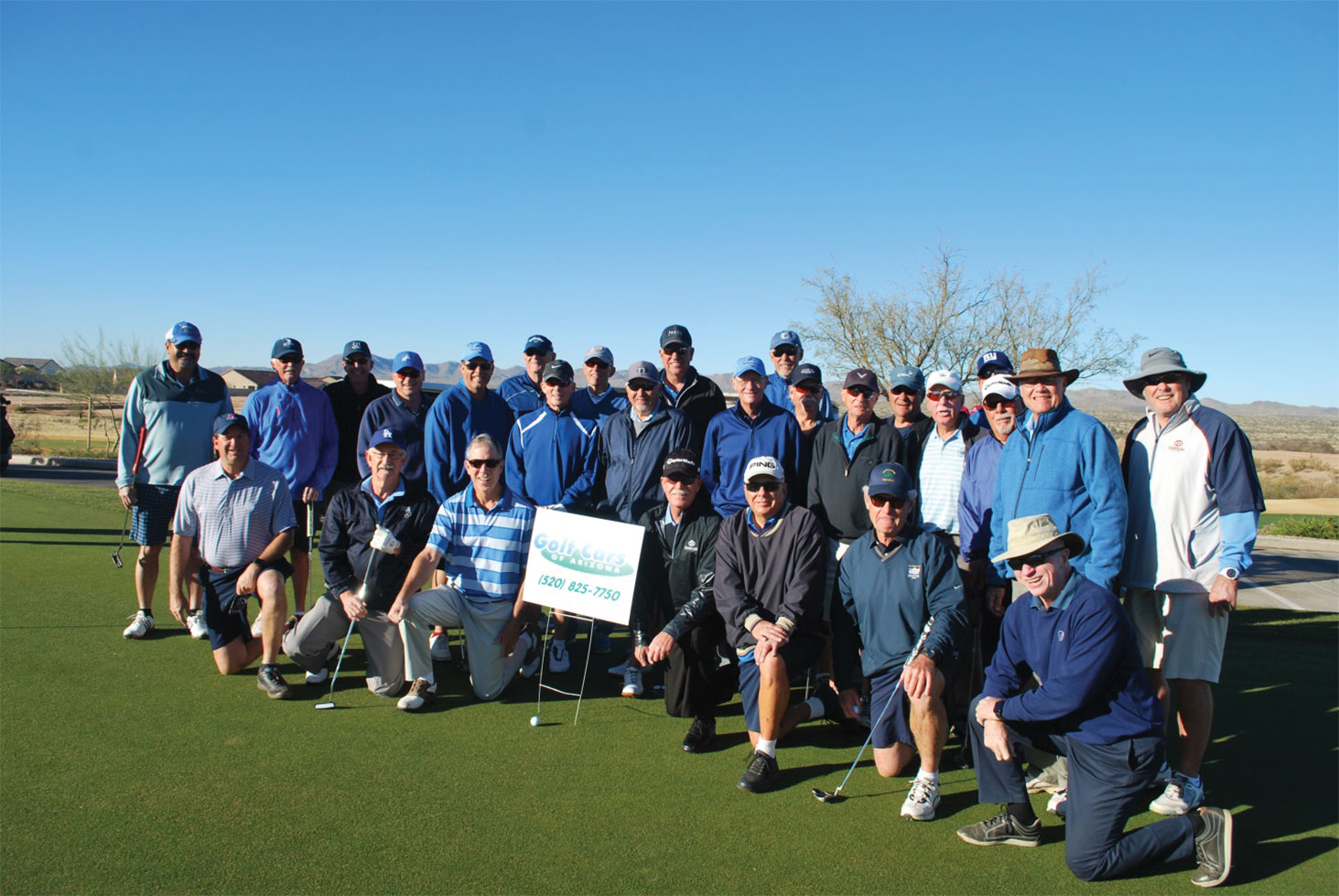 2018 has seen the MGA participate in its second PIMA Cup competition. A big thank you goes to our team consisting of Ed Cheszek, Mike Ewing, Dave Hansel, Jim Lindley, Karl Knight and Ed Robertson. The team traveled to the Forty Niners home course January 29. Presently the two host course teams lead the competition. Presently in the PIMA Cup point standings only ten points separate the third through eighth teams. SaddleBrooke Ranch Golf Club is solidly in the middle of this pack. The competition is early and we expect continued improvement as we progress through the seven host clubs. The eighth host is SaddleBrooke Ranch Golf Club. We will be hosting the seven other clubs in the playoffs May 2, 2018.

The Ryder Cup will be completed by Roundup circulation. The day one results were the Red Team, 8.5 points to the Blue team with 5.5 points. The competition is spirited and the fellowship memorable. New friends and new members abound.

Watch for the next special event. It’s Match Play. It’s a three-day event over two weeks. Match Play tees up March 14, 15 and 22. March play is a special event considering you only need to win one hole more than your opponent. If you’re a new MGA member or a member just waiting to re-engage and have a minimum of five scores recorded, sign-up and have some fun. It’s time to meet some new people and find your game.