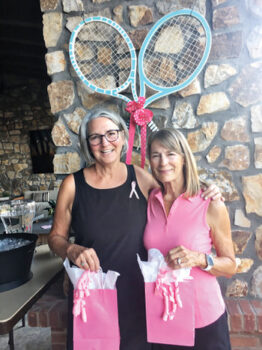 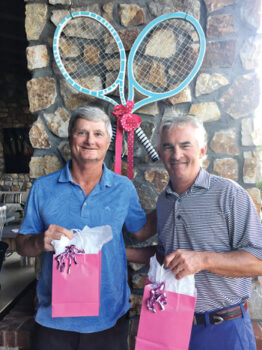 The big winner of our Serve for the Cure Tournament was the American Cancer Society, as we raised more than $3,200 for the charity!

Sue Cook and her remarkable helpers put on an event second-to-none over three days of competition. The camaraderie between the players was matched only by the many spectators, who came to support the cause dressed in pink from 7 in the morning, when “The Star-Spangled Banner” was played, until afternoon.

The event was in two brackets and the winners were: