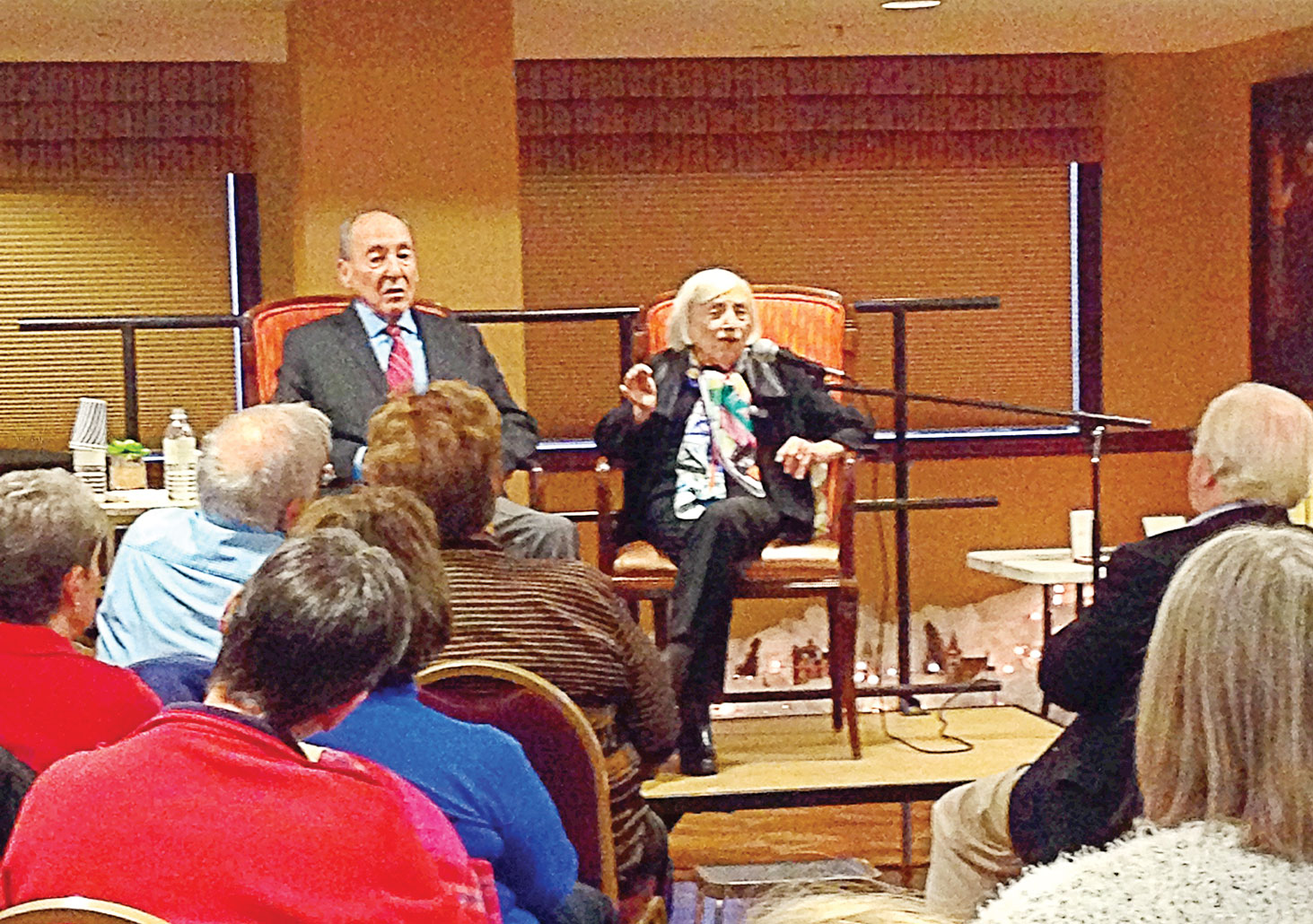 Marthe Cohn and her husband. Photo by Arlene Wong

On December 7 a small group from the Shalom Club attended two very interesting, inspiring and stimulating events. First on the agenda was a talk by Marthe Cohn at the La Cholla Country Club sponsored by Chabad of Oro Valley. Marthe’s book, Behind Enemy Lines, The True Story of a Jewish Spy in Nazi Germany, chronicles her harrowing experiences during WWII.

Marthe was born into an Orthodox Jewish family as one of seven children living just across the German border in France when Hitler rose to power. As the Nazi occupation escalated, Marthe’s sister was sent to Auschwitz while her family fled to the south of France. After the liberation of Paris, Marthe enlisted and became a member of the Intelligence Service of the French 1st Army. After 14 unsuccessful attempts to cross the front, she made it across the border into Germany. Fluent in German, she assumed the identity of a German nurse and claimed she was searching for her missing fiancée. And that’s how her story began.

“What a story,” said Arlene Wong, one of the Shalom Club members. “And hearing Marthe, now in her nineties, tell it in her own words was extraordinary.”

“We viewed five excellent, eclectic short films that gave us a taste of what the January film festival will offer,” said Kim Schweitzer.

The TJIFF showcases independent, international films that promote Jewish culture and celebrates cultural diversity. For 11 days, January 12-22, 2017, the 26th annual festival will bring more than 20 Jewish films from around the world to local screens in Tucson.

For information about the festival and tickets, visit www.tucsonjcc.org.

“The films are remarkable. Check out the festival…you’ll be happy you did,” added Sherry Weiss.