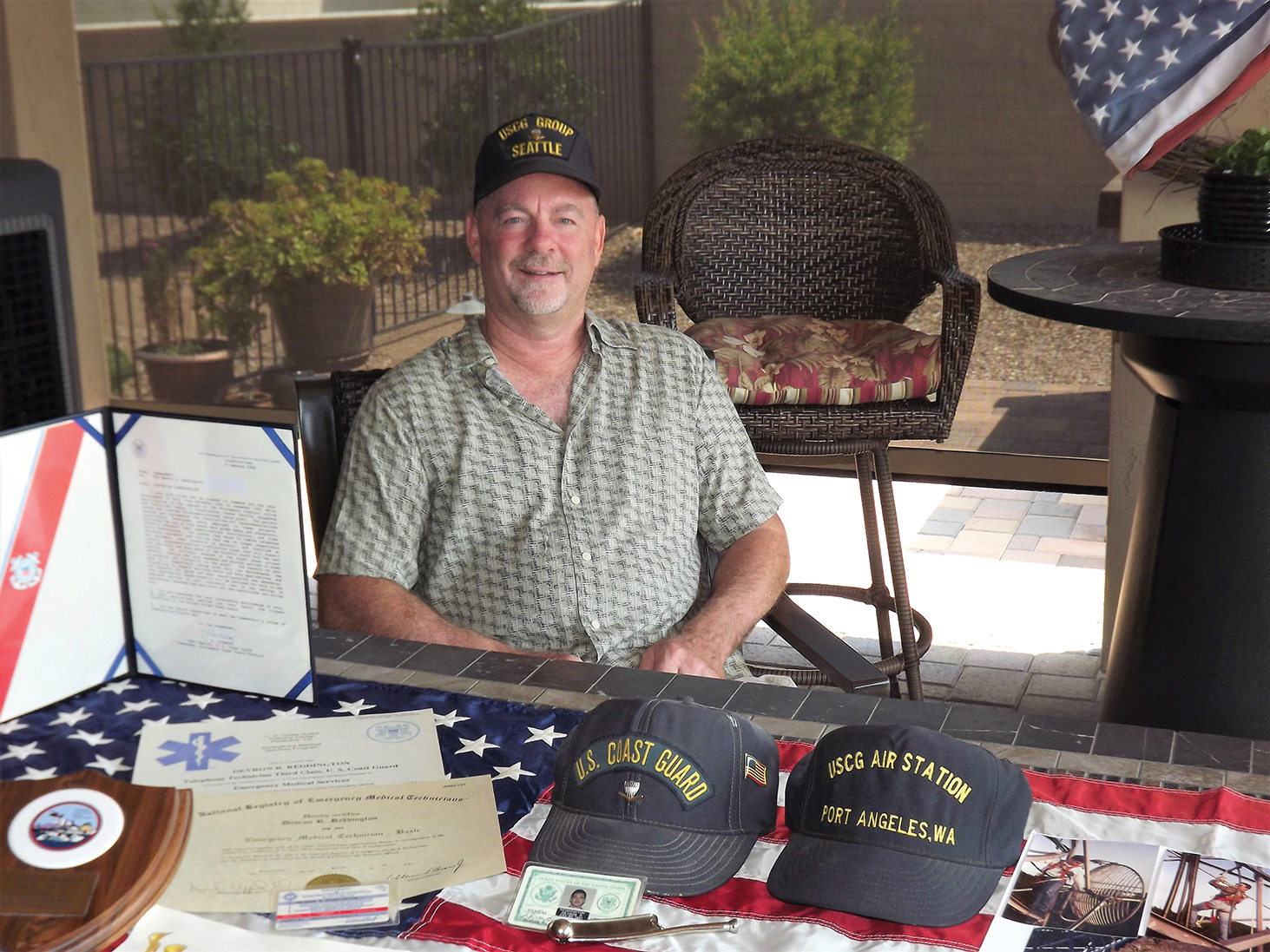 After first talking with a Navy Recruiter (influenced by a brother and brother-in-law already in the Navy) and then followed by a Coast Guard recruiter, Devron Reddington decided that the Coast Guard’s programs and experiences would be a better fit for him. The Coast Guard at that time was part of the Department of Transportation and after 9/11 it became part of Homeland Security.

“The daily mission of the Coast Guard is amazing,” Devron said.

Although he had many temporary assignments in many locations, one of his favorite assignments was at a Coast Guard air station in Port Angeles, Wash. He served as a crewman on a 41-foot utility boat performing duties which included search and rescue, law enforcement, personnel transfers, marine safety, medical evacuations (including cruise ships), and drug and weapons patrol coordinated with Interpol. Devron also held a national registry Emergency Medical Technician (EMT) certification.

One of his most memorable experiences was running search patterns in the Strait of Juan de Fuca in a big storm in 1990. He spent nine hours on their 41-foot utility boat (#41327) in eight to 10-foot seas. It was a very difficult coordinated effort with their 110-foot Coast Guard cutter “Cuttyhunk” and their support helicopters (HH65s). Despite warnings of the storm, some ventured out at high risk and paid with their lives.

“It is a big pond and you have to respect it,” Devron said.

Interesting enough, Devron was never seasick in his six-year career!

Devron was serving during Desert Storm and was in the process of being sent on a temporary assignment to a navy vessel, but by the time the orders could be cut the war was over. After being discharged as Petty Officer, Devron worked with his brother and brother-in-law in custom automation with Hewlett Packard in Corvallis, Ore. He still enjoys robotics and automation. Presently he is employed by CAID Industries in Tucson. His wife, Cheri, works at the gate here in the Ranch.

He and his wife, Cheri, moved to SaddleBrooke Ranch from Oro Valley in 2018. They like the amenities and the people here. Living here is a big plus with SaddleBrooke Ranch being a gated community and also having a brother, Dana. Both Devron and Cherie are patriotic. They are proud to be Americans and display the U.S. flag from Devon’s utility boat in their home and fly the U.S. flag in their yard daily.