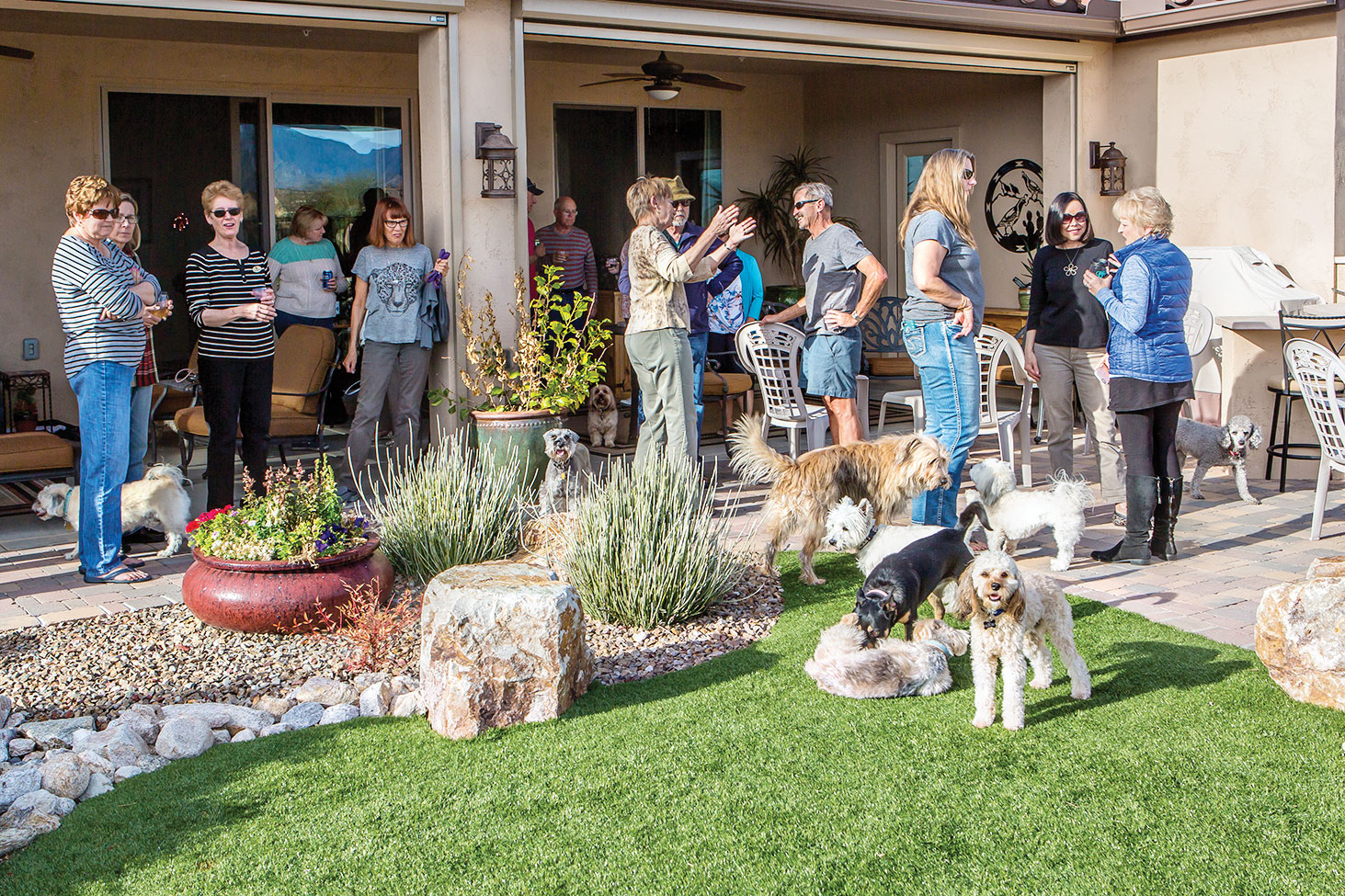 An old proverb states, “When the need for something becomes imperative, you are forced to find ways of getting or achieving it.” In other words “Necessity is the mother of invention.” Since the spring of 2015 the old dog park was closed due to construction of the new restaurant and activity center. Bob Johnson recalled that on the last day the dog park was open, a few people held a party on the small dog side to commemorate the closing of the park. All agreed that it was going to be missed as both the dogs and people enjoyed getting together. Gene Lawrence made the suggestion or invented the idea of gathering once a week, rotating between dog owners’ homes that had a fenced yard. Jean Morgan immediately came up with the name “Yappy Hour.” All agreed, and Gene and Carol Lawrence were the first hosts of Yappy Hour.

Each week a number of residents with small dogs have gathered with their K-9 buddies to attend Yappy Hour on Friday afternoons. There have been 10 owners who have opened their yards, including Doggie Pool Parties at Denise and Keith Johnson’s home during the warm summer months. The number of dogs enjoying each other’s company has ranged from seven at the start to 17 at a recent Yappy Hour. Not only is it great exercise for the dogs but also a great social activity for dog lovers. In fact even dog lovers without dogs have been invited to join in on the friendly conversations and watch the antics of the dogs. Clearly the need for the activity was evident in the change of the demeanor of the dogs. When the dogs first arrived they were filled with energy. Later the energy was gone but the joy remained. A lot of tongues were hanging out. Although everyone has had Levi’s Stadium fun at these events, all agreed that they can’t wait for the new SaddleBrooke Ranch Dog Park to open. Photo by Steve Weiss.