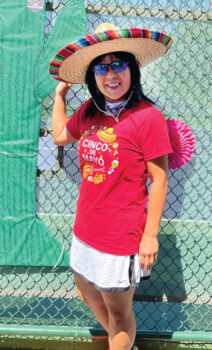 The SBR Pickleball Club staged its own internal tournament May 5 through 7 to celebrate the Cinco de Mayo holiday. In case you didn’t know, Cinco de Mayo, or the fifth of May, is a holiday that celebrates the date of the Mexican army’s May 5, 1862, victory over France at the Battle of Puebla during the Franco-Mexican War. The day is also known as Battle of Puebla Day. About 90 players participated in the round-robin formatted event. Winners were determined by the number of games won overall.

Turning to ratings, the following club members have moved up in their International Pickleball Teaching Professional Association (IPTPA) rankings: