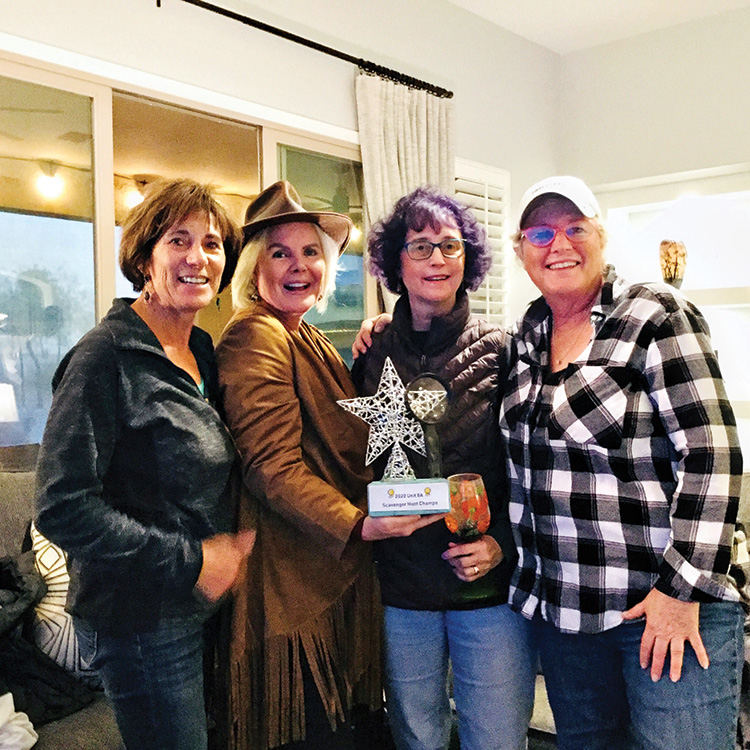 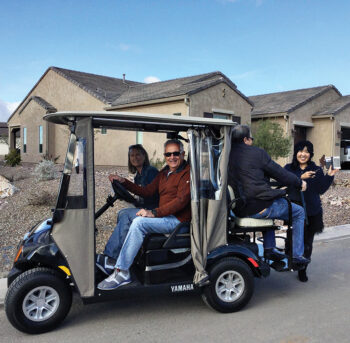 One of the teams on the hunt (left
to right): Lani Warren, Sam Calbone,
Madoka Knight, and Bob Townsend.

Thirty-five residents of Unit 8A participated in a scavenger hunt on Wednesday, Jan. 22, co-hosted by Linda and Frank Sherfy, Marty Knezovich, and Sheila Davidson. Teams of three or four were sent on their way to search for a list of items in their homes, and in front yards in the unit and streets nearby. The teams were also encouraged to seek out bonus points by finding the hidden Unit 8A rock in an 8A yard along with other challenges. Once the teams returned to the base house, the winning team of Gail Latimer, Char Eckmeyer, Marci Whitehead, and Brenda Pooler were awarded the scavenger hunt trophy! The evening was capped off with a buffet of soups and chili along with other dishes. A great time was had by all!