Unit 9 Creativity and Connections During COVID-19 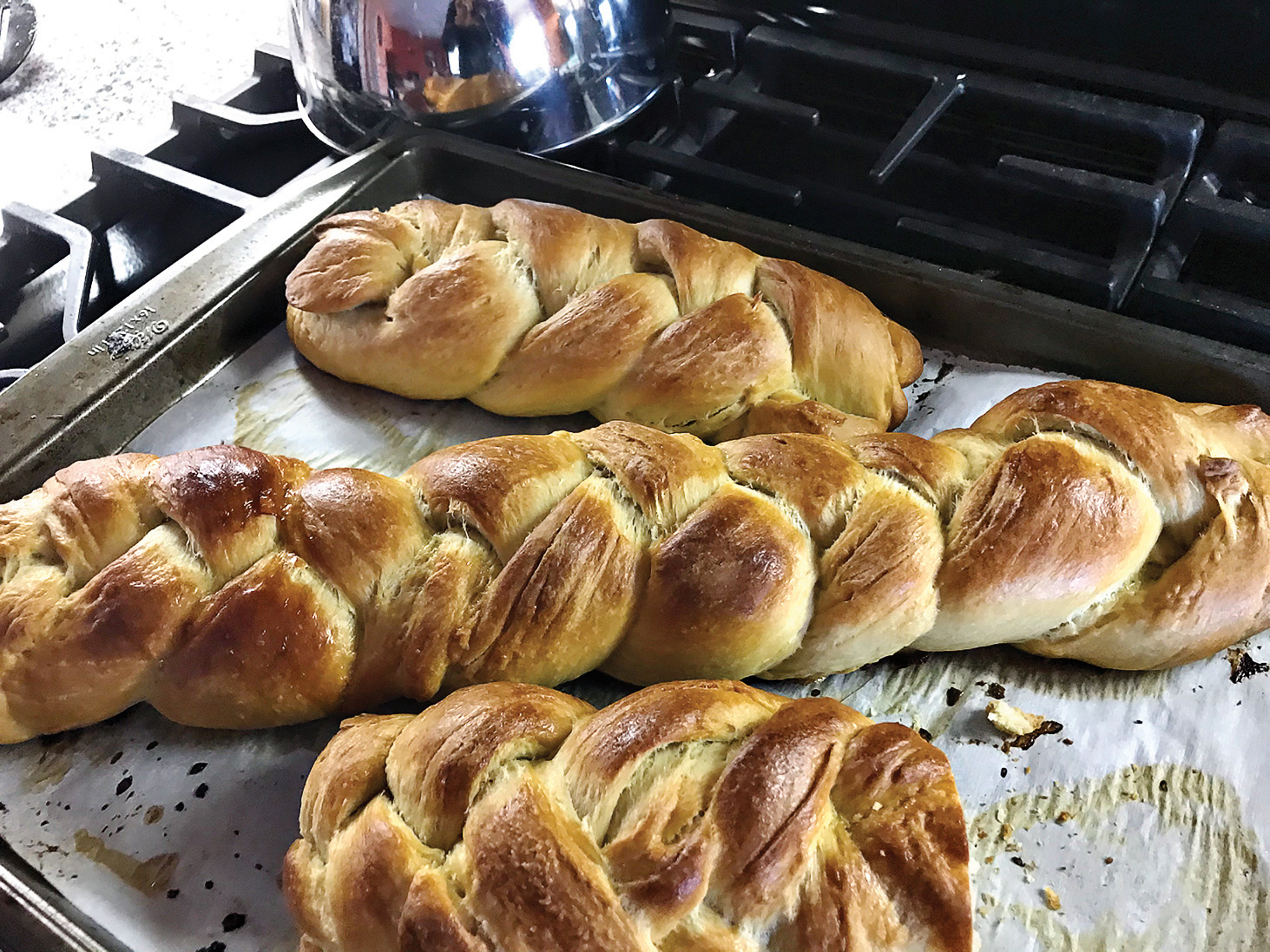 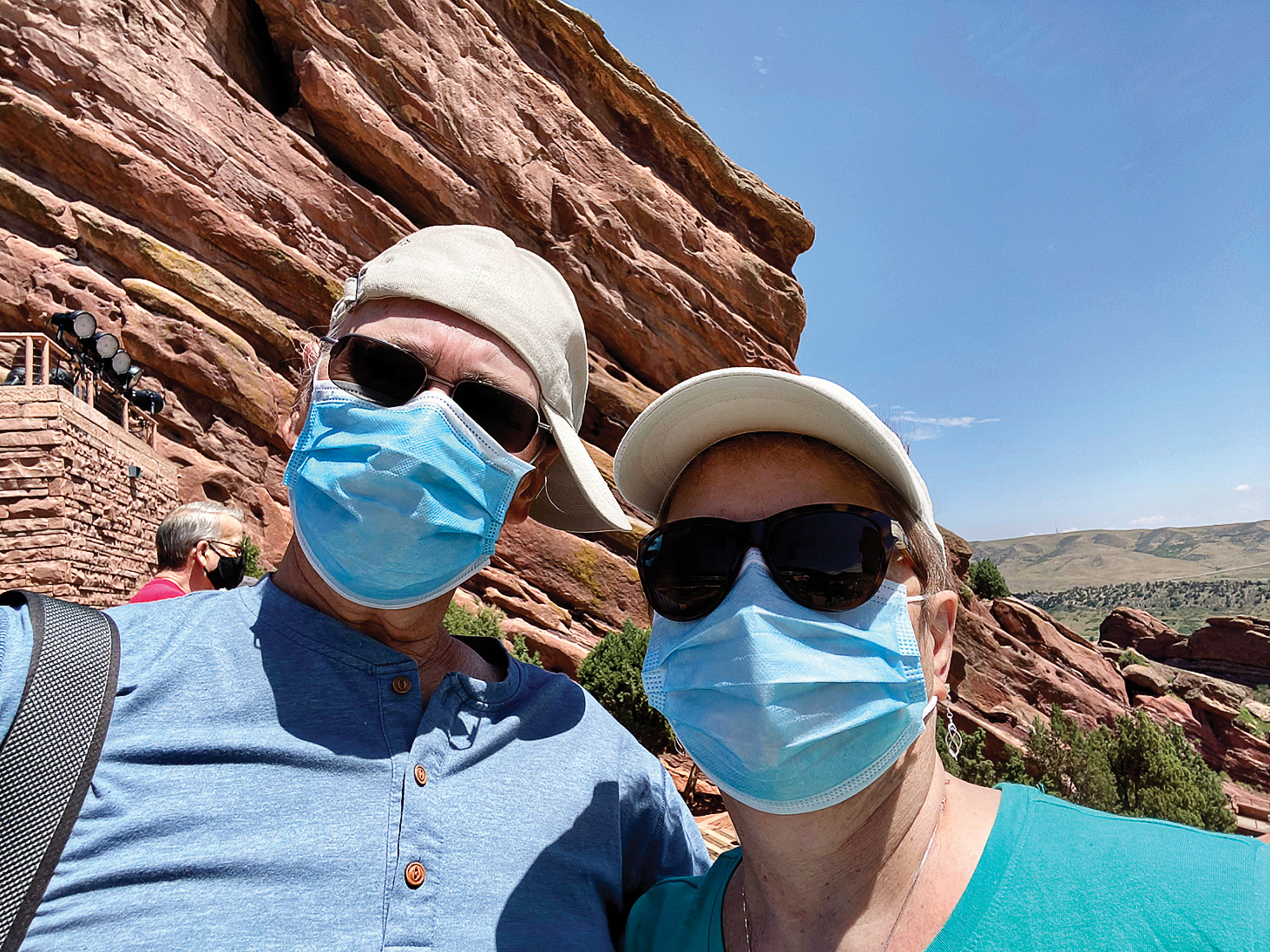 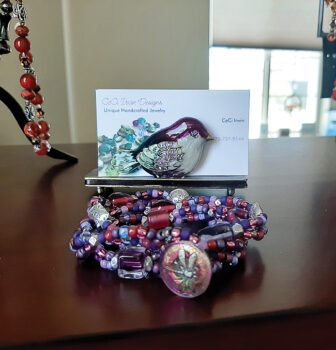 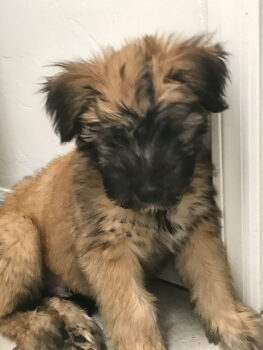 During this time of social distancing, Unit 9 residents have been remarkably busy testing out new and old skills, embarking on new endeavors, finding ways to safely socialize, taking a few road trips, and keeping up with their exercise efforts.

Creativity is brewing in the unit. Sheryl Berman is a great baker and many of us have had the pleasure of sampling her treats of cookies, pastries, and breads, while she has been busy in her kitchen in a cloud of flour. Mike Magic and Bud Nelson spent a weekend making smoked kielbasa sausage with the use of Mike’s sausage making equipment and Bud’s smoker. Sue Magic and I, along with Mike Magic and Bud Nelson, enjoyed a traditional kielbasa dinner afterwards, having extra for our freezers. Ceci Irwin has been inspired to make beautiful, beaded tri-wrap bracelets during the summer; available to purchase for gifts for yourself or others. This idle time spawned creativity in Sue and Mike Magic, transforming their home with additional decorating and painting. Like many in the unit, they had the time to reorganize their house.

Adding to their family, Sheryl Berman and John Geiger welcomed a new puppy; one of four new puppies in the neighborhood. Beau, a wheaten terrier, will gladly accept lots of hugs, a gesture we all miss during this time of distancing.

Safe socialization has taken on many forms in Unit 9. Our unit book club has remained active with bi-monthly discussion groups held via small social distance gatherings and Zoom. In the early summer months, periodic social distance driveway happy hours came together in the late afternoon. A great chance to catch up and check in with our neighbors. We expect to reinstate our happy hours again when the weather cools. Jayson Claar initiated a weekly men’s golf group as a way of enjoying some friendly competition, fresh air, and exercise. A Unit 9 Float & Chat group became a routine in the afternoon at the pool, catching up on who’s having what for dinner, and the latest binge-watching recommendations. Erin Newman also gathered a list of shows and movies and shared this with Unit 9.

A few ventured out beyond the confines of SBR this summer. Erin and Corbin Newman embarked on a 45-day road trip in their RV, traveling many miles with numerous stops, with the highlight of their trip being Glacier National Park. Karen and Bud Nelson went to Colorado to escape the heat and enjoy the coolness and open space of the mountains, ski villages, Rocky Mountain National Park, and Pikes Peak.

On the exercise front, about 10 individuals started an informal Unit 9 biking group, meeting at 6:15 a.m. about four times a week and biking 12-15 miles within SBR. Joyce Watt and Karen Draper have been participating in Marian Bianchini’s online Zumba sessions, safe in their own homes. Sheryl Berman, Julie Peek, Darlene Wilcox, and Karen Nelson formed a weekly walking group on Wednesday mornings at 6 a.m., enjoying the nature trail. 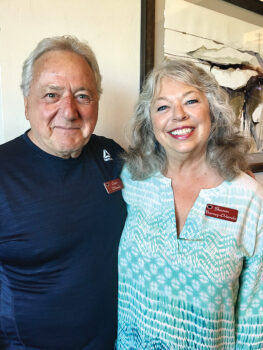 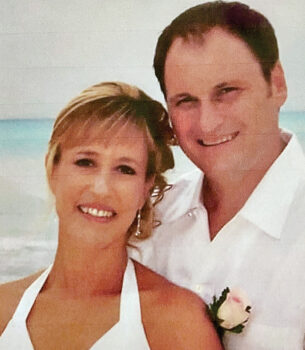 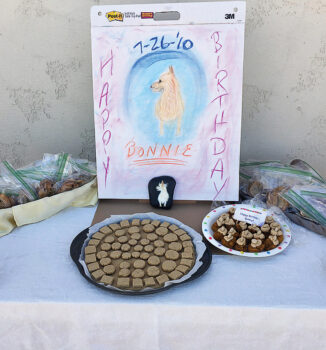 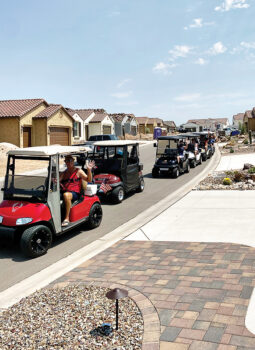 Unit 10 is one of the newer neighborhoods in the Ranch, and we have been welcoming new neighbors on a regular basis. Building and landscaping have picked up since the height of the shutdown, and there are just a few lots left to be sold, so there will be new residents arriving over the next year or so. During this crazy pandemic, mingling with the neighbors is not as easy as it once was, but that doesn’t mean we all sat inside. Here are some of the things we have been up to.

In April, several of the Unit 10 neighbors got together on one of the yet to be purchased lots and shared Easter dinner. Several went to the Ranch House Grill and partook of the wonderful dinner provided there. Tables were socially distanced and a fancy hat challenge was thrown down.

In July, three of the neighbors, Ben Gentile, Daisy Sechrist, and Jackie Elphic, took a trip to Action Golf Carts in Mesa. After carefully perusing the inventory, they each chose a cart to their liking. Three weeks later, the carts were all delivered at the same time, quite an event for the neighborhood. Later that day, Ben, Daisy, and Jackie were joined by Ed and Donna Birch, Dave Landry, and Phyl and Karen Peltier in a cart parade throughout the community. They then gathered by the lake at number 9 and toasted the new cart owners. Several residents also joined in the cart parade to support the Ranch House Grill employees, the Fire Department, and a 70th birthday celebration. And, as new residents arrive, so do new golf carts!

Unit 10 has also seen numerous painted rocks distributed to the neighbors. While not all residents have received rocks yet, the Rock Virtuoso continues to surprise with fabulous works of art. Subjects have included a coyote, a javelina, several dog portraits, and a myriad of other scenes. Several of our neighbors also were recipients of the wonderful Blue Line Flag rocks which were distributed by other rock fairies. What a great way to say thank you to those who have protected our streets, and those who continue to do so throughout the country.

Several dogs call Unit 10 home, and one of them, Bonnie Peltier, turned 10 in July, and her people, Phyl and Karen, threw her a birthday party. Aileen Waters and Katy Horstman baked dog cookies which were given to those who attended with their pooches. And chocolate chip cookies were available for the human attendees.

Many of our residents are joining others in the community by walking, bicycling, running, playing tennis and pickleball, and lounging in the pool. We have also continued to support the Ranch House Grill and Bistro as the reopening has proceeded.

On a sad note, we lost two of our new neighbors, Chris Orlando, who passed away in June at his summer home in Oregon, and Michelle Landry, who passed away in March. Unit 10 residents sent cards to Sandy Orlando expressing our condolences, and food and donations along with condolences were given to Dave, Michelle’s husband.