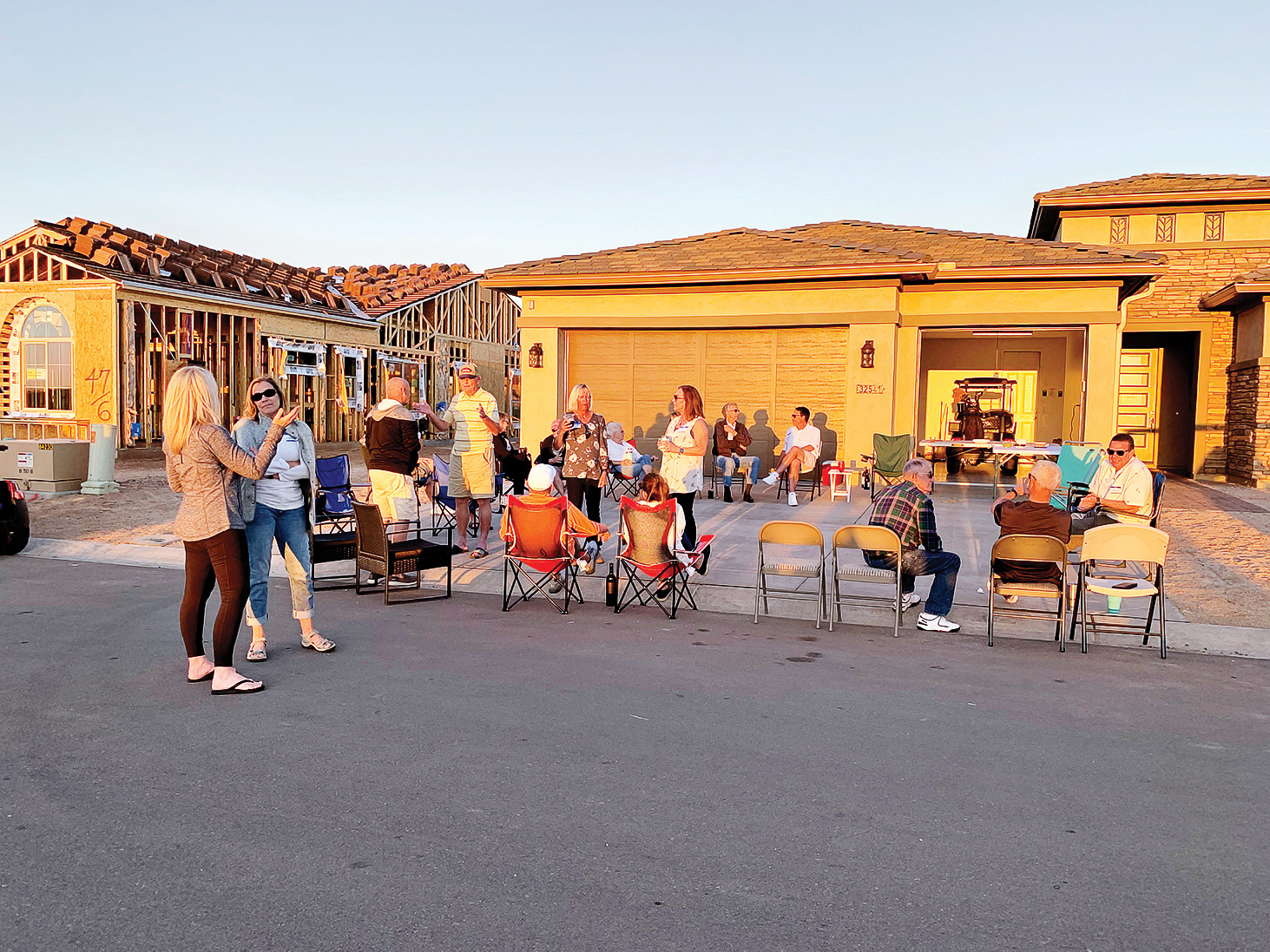 Welcome Unit 6 to the Ranch

The pioneer new residents of Unit 6 had a socially distant driveway meet and greet on March 20. Residents Lou and Elizabeth Mastro organized the event in their driveway. The event was attended by 11 families.

Everyone enjoyed the spring-like weather and Sonoran sunset. It was a great opportunity to meet new residents and get to know each other. The residents will be doing another event in April, so don’t be surprised if the event grows out of a driveway to a block party as more residents move in each month. 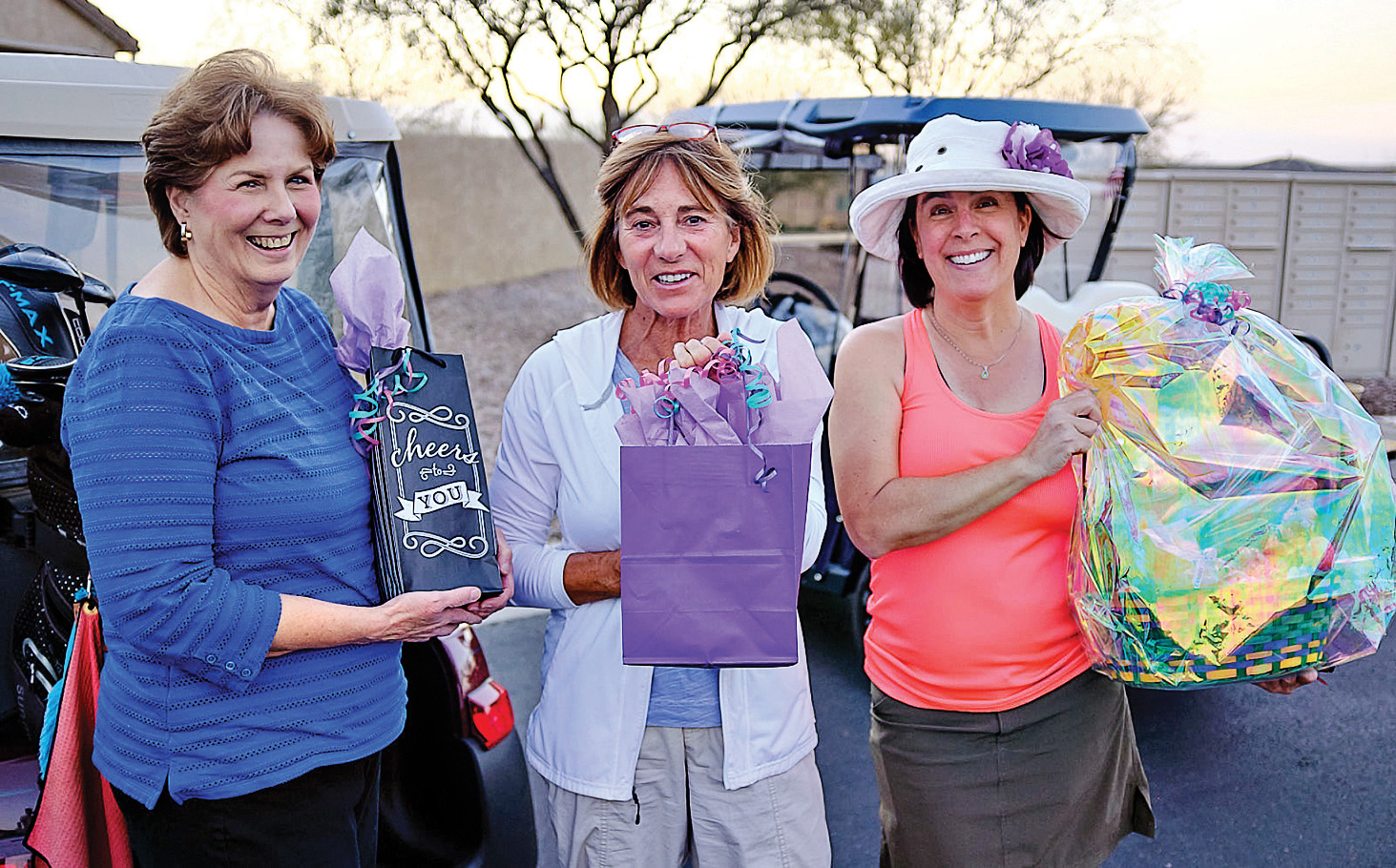 Janelle Authur, Marci Whitehead, and Maia Schenkel were the Unit 8A winners. (Photo by Bob Authur)

Something’s always “hopping” in Unit 8A. For three days at the end of March, Unit 8A residents walked, biked, or rode around the neighborhood in golf carts, hunting and counting bunnies as part of the unit’s inaugural Bunny Scavenger Hunt.

Of the 52 homes in Unit 8A, 23 houses participated and placed as many as three bunnies in their respective front yards. Some were placed in plain sight, while others were strategically hidden within plants, trees, and rocks but always visible from the street, per the Bunny Scavenger Hunt rules. The bunnies were tiny and big, as well as different colors, poses, and materials from concrete to fuzzy.

There were a total of 48 bunnies to be found, and 1st, 2nd, and 3rd place prizes were awarded on April 1—no foolin’. First place went to Len and Maia Schenkel with 43 bunnies, and a close second place went to John and Marci Whitehead with 42 bunnies. Bob and Janelle Authur and Roy and Evie Thompson tied for third place with 38 bunnies spotted, but the Authurs were awarded the prize per Bunny Scavenger Hunt rules with their earlier entry.

The Bunny Scavenger Hunt, inspired by Unit 16B’s Thanksgiving Turkey Hunt, was a great success. During the awards ceremony, neighbors remarked on enjoying the hunt as much as congratulating their neighbors. There was a lot of creativity displayed in hiding the bunnies, and camouflage played a key role. After toasting the winners with April Fool’s beverages and chocolate, Unit 8A residents went home, strategizing on how to hide bunnies for next year.