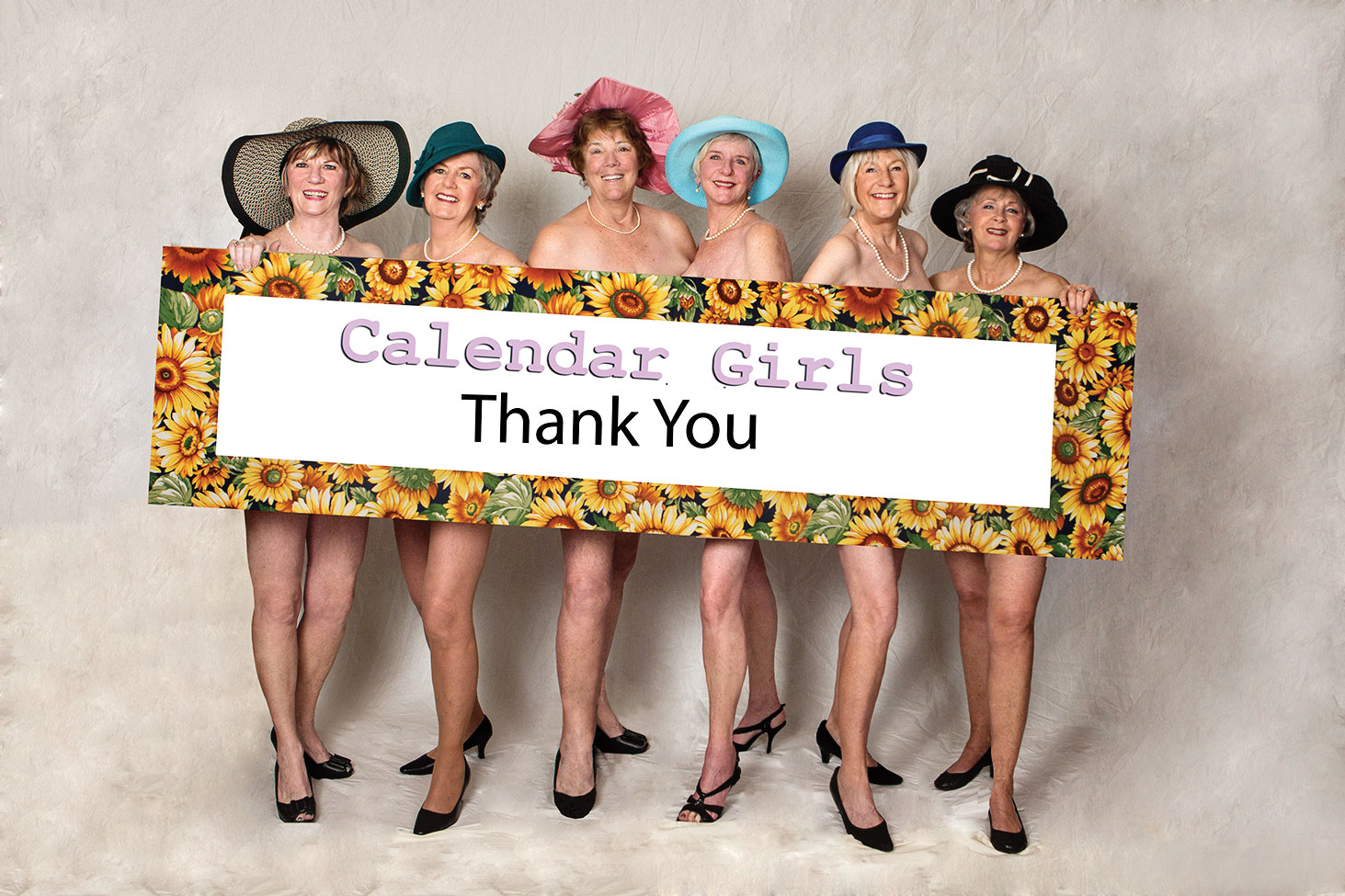 The PrimeTime Players’ recent production of Calendar Girls was a huge success with sold-out audiences, rave reviews and standing ovations. The cast, crew and staff along with our audiences rode an emotional journey of tears and laughter as we told the true story of the original British Calendar Girls. All of us felt a special admiration for those “Girls” whose courage set off a worldwide movement that still exists today. A musical stage play version of Calendar Girls is now playing throughout England.

Following the Calendar Girls tradition of raising money for Leukemia/Lymphoma organizations around the globe, we placed little white boxes at each table, each performance. In doing so we were able to collect nearly $1,800 for the Leukemia/Lymphoma Society of Arizona. We want to thank everyone who gave so generously. In addition a portion of our royalty fee was put towards fighting these diseases. We at The PrimeTime Players send our appreciation to all who support our group and especially those who attended Calendar Girls.