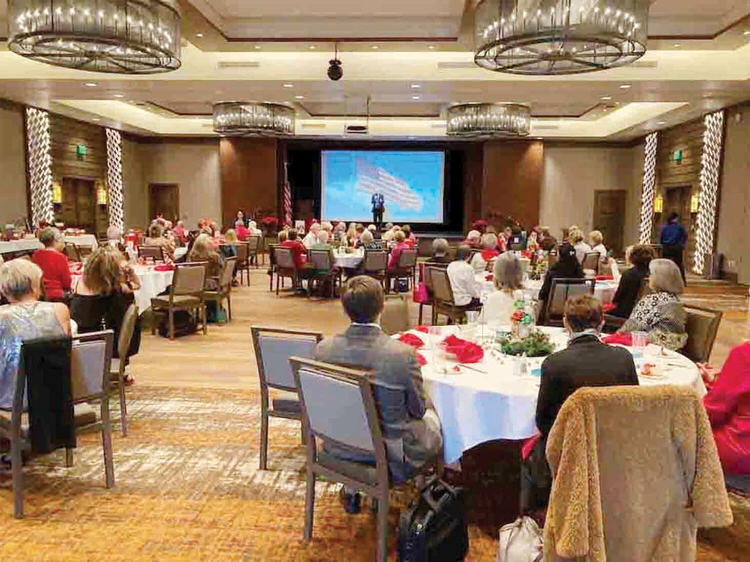 The SBR Women of Action group has had a busy fall topped off by their Christmas luncheon Dec. 6. The luncheon featured several speakers and guests. The main speaker was Andrew Gould, a former Arizona Supreme Court Justice who is running for Attorney General. He spoke about the rule of law in respect to several issues facing Arizonans.

Eli Crane, running for District 1 Congressional representative, spoke of American values and urged the audience to be active in the affairs of government. Ellie Brown, running for Magistrate, and Mike Sloan, running for Constable, also attended. Neal Carter, newly appointed Representative in District 7 spoke of his excitement at being able to represent his district in the upcoming Arizona Legislature in January.

Sen. Vince Leach attended, as well as others. Everyone walked away happy due to the variety of raffle items and a silent auction, as well as the opportunity to hear potential candidates share their views.

SBR Women of Action seeks to inform, motivate, and facilitate participation in our community, state, and federal government as well as provide a forum for ideas. Because we believe elections have consequences, we encourage people to attend our meetings on the fourth Monday of every month.