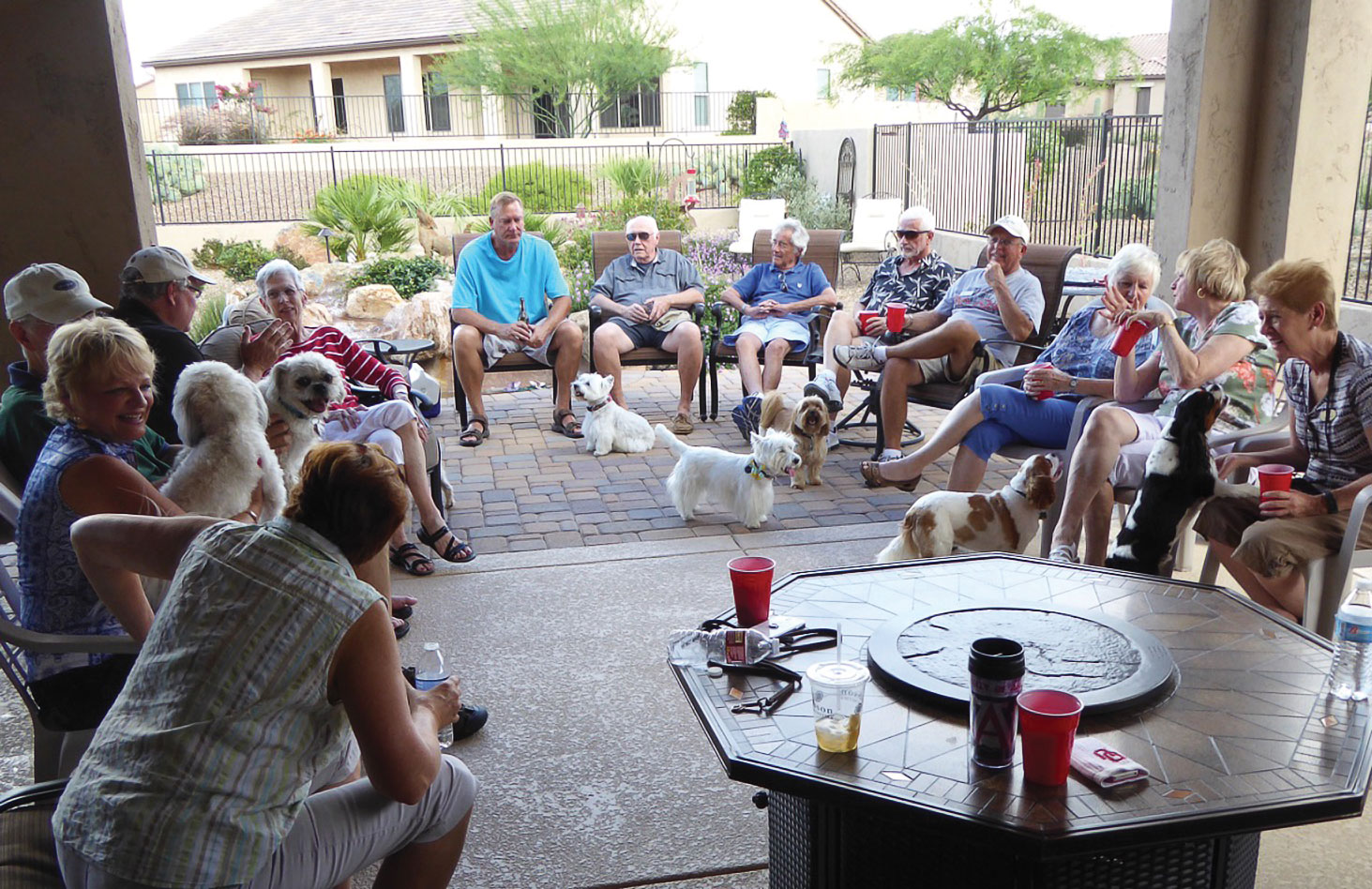 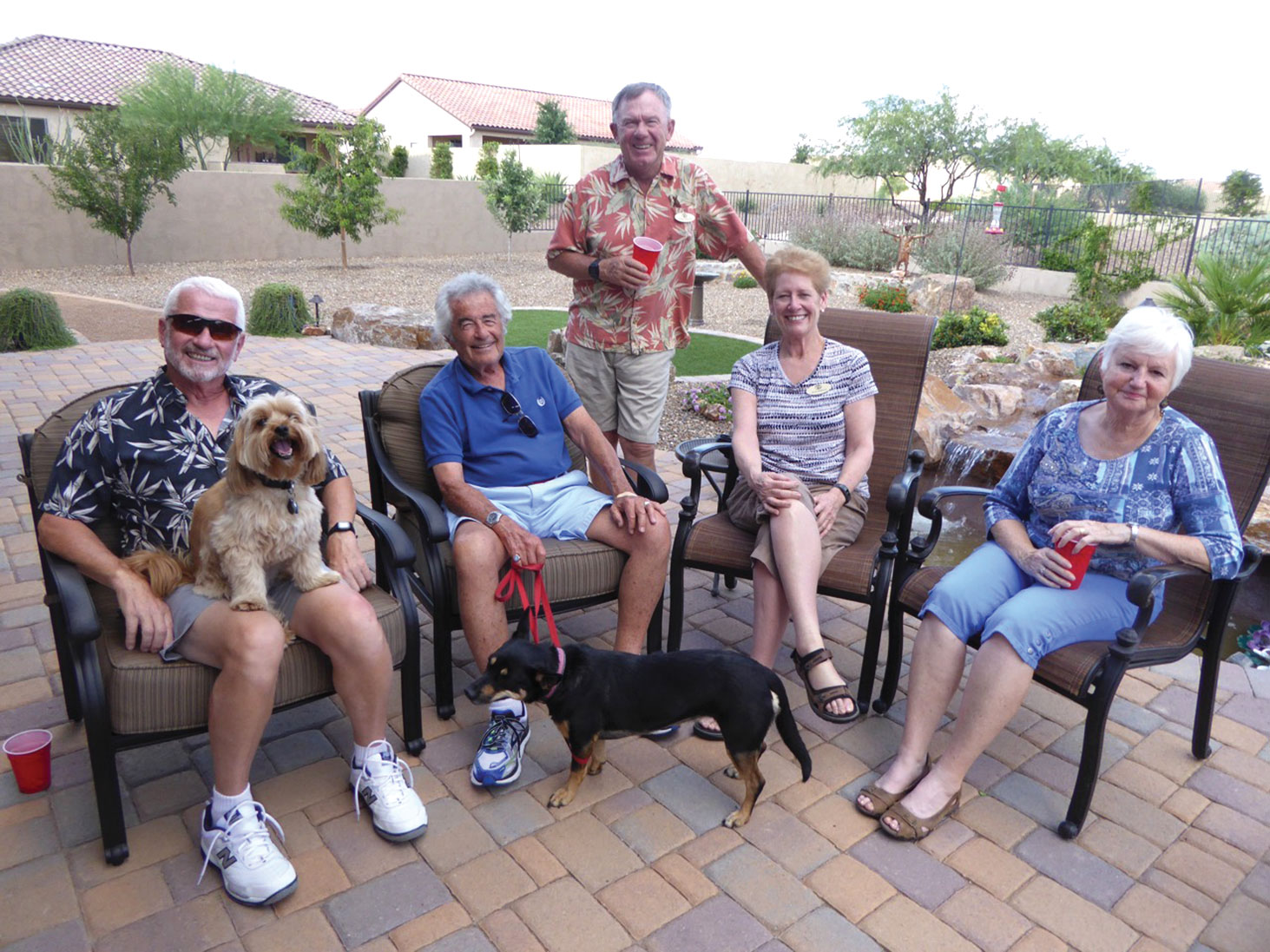 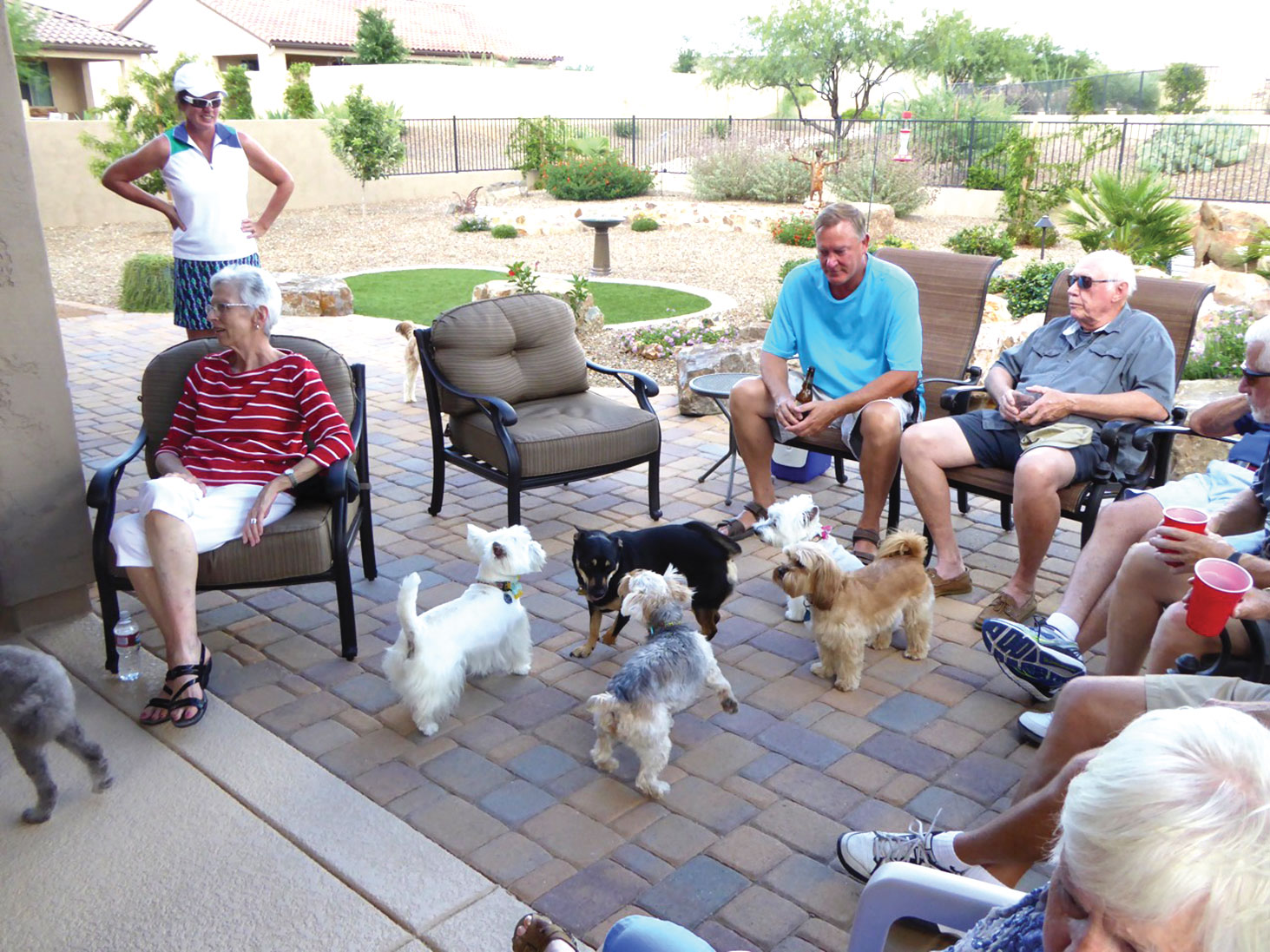 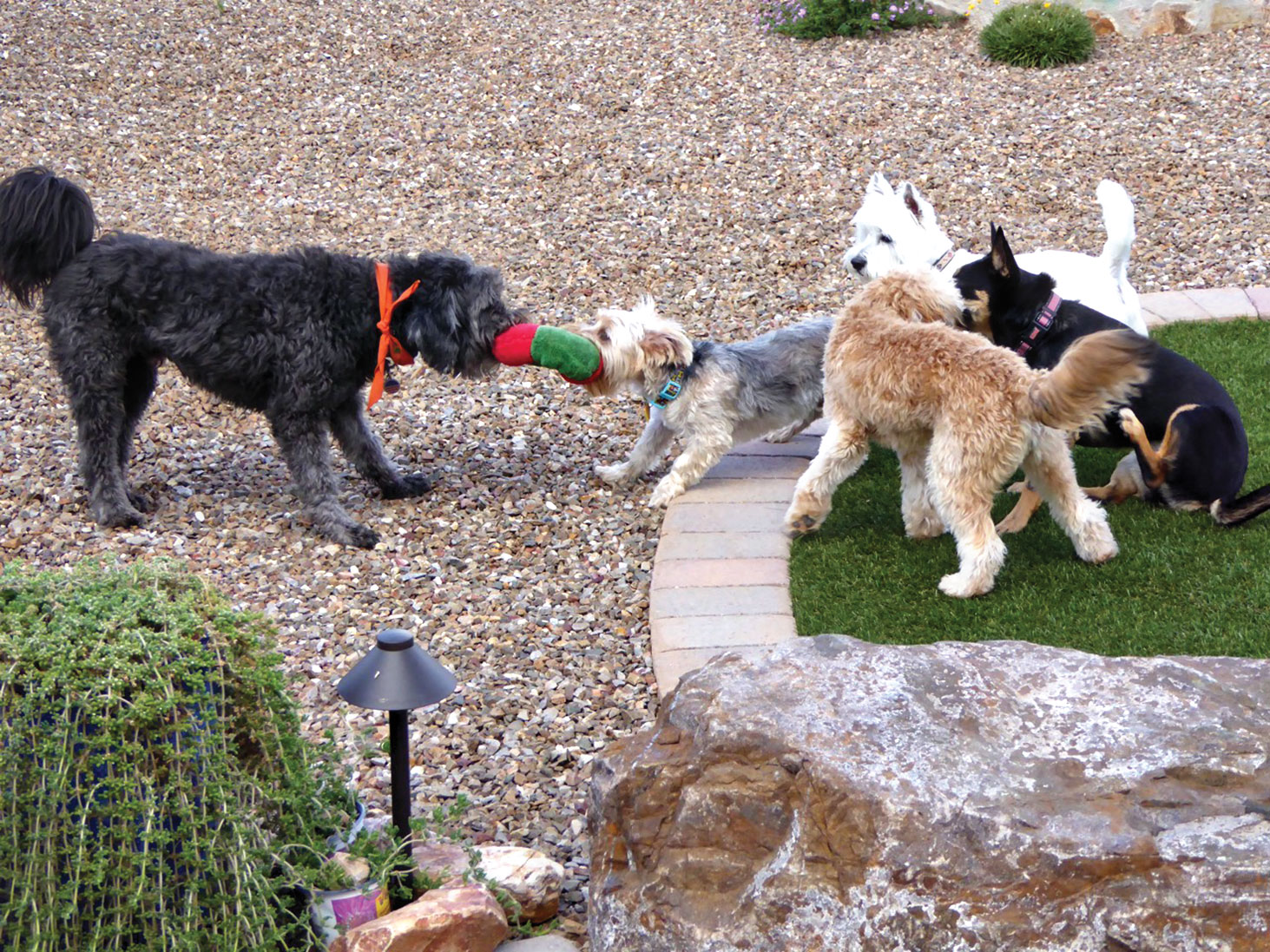 The dog park at SaddleBrooke Ranch was closed in March, and development has moved on to create an even nicer park later this year. Many on the “small dog” side of the park felt that both the dogs and humans, aka “Two Legs,” enjoyed getting together so much that they did not want to lose the connection while the new park was being developed. It was decided to gather once a week on Friday afternoon at someone’s fenced yard to let the dogs and the Two Legs socialize. This was the start of “Yappy Hour.”

The invite was to bring your dog and beverage of choice. The host provided simple nibbles like pretzels, nuts, salsa and chips. Clearly the food is not the focus point of this group! People without fenced yards have coordinated with others to use their yard but provide the nibbles. Initially there were about eight to 10 dogs. The group has grown, and the latest gathering had 15 dogs.

The Two-Legs count has also increased. At the former dog park it was typical that with couples only one person brought the dog to the park. Yappy Hour has become a Ranch family affair with both couples and singles gathering together.

Yappy Hour’s starting time is 3:15 with the intent that it will be a one-hour romp for the dogs. As the weeks have passed, we have chatted and gotten to know each other so that what was once just an hour has now become Yappy Hour Plus, sometimes going until 5:00 p.m.!

This has been a wonderful interim fix, but we all look forward to the new park. There is already talk of having a christening party. No doubt the dogs will do their part in anointing every post, tree and fresh grass blade. The Two Legs participants will do their best to contain their enthusiasm, but it is likely there will be a few refreshment drops also moistening the soil of the new park! Until then, Yappy Hour lives on!