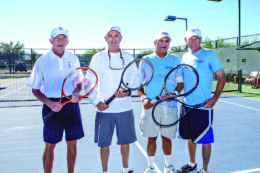 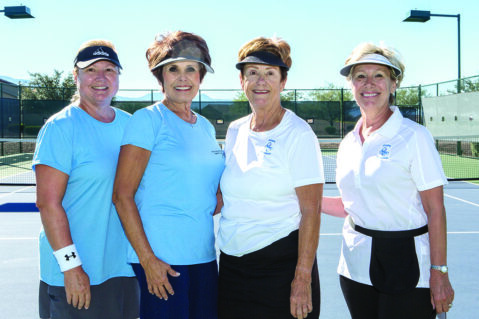 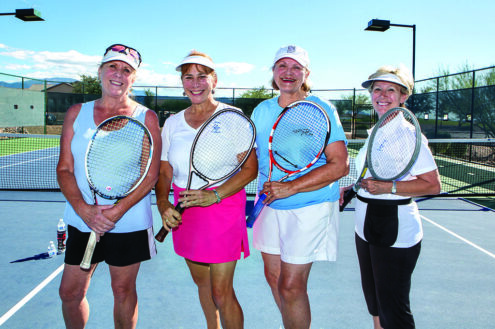 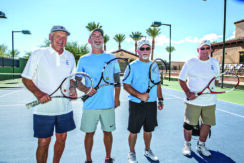 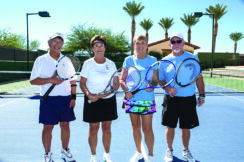 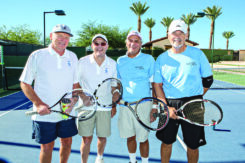 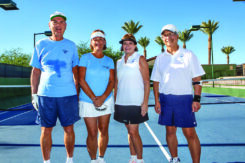 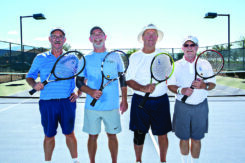 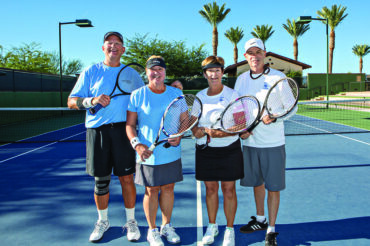 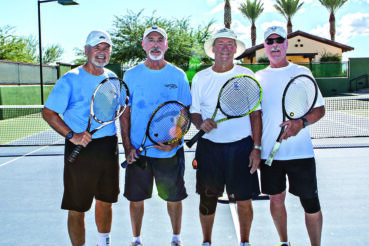 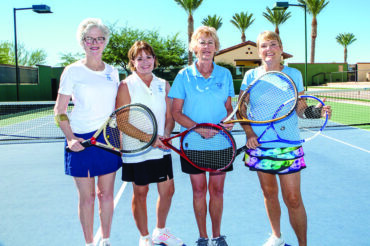 With sunny skies and warm breezes, 31 members of the SaddleBrooke Ranch Tennis Association participated in the annual festival on October 23 and 24. Players had been divided into two teams; names drawn from cups based on ratings. Steve Ordahl was the team captain of the Road Runners (who sported blue shirts for the festival) and Tom Kanitz was the team captain of the Stinging Scorpions (who were wearing white). There were men’s doubles, women’s doubles and mixed doubles matches.

The Road Runners won 15 of the matches leaving the Stinging Scorpions with five wins.

The festival was named after Helge Steiness, the club’s founder and first president, who passed away two years ago. We were so happy to have his wife Krista attend along with other family members.

It seems we have one injury every year. This year it was Tom Kanitz who took one for his team as he dove for a wicked shot to the side. Hitting his nose, he had to leave the festival and head to the ER. Rick Snowden and Lutz Pape filled in for him in his last two scheduled matches. Luckily his injury was not serious, and he was playing again a few days later.

The games were followed by a beef taco buffet at the La Hacienda Club on Saturday evening. Drawings for door prizes were done throughout the evening. They included spa services donated by various stylists and technicians from the Esperanza Spa and six $25 gift certificates to the Fox Restaurants.