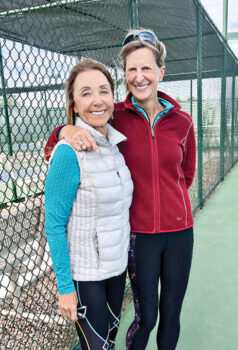 Two western USA ladies met on the SaddleBrooke Ranch pickleball courts and quickly became best friends. Both Carol Osgood and Margaret Rogers share the same age, same 3.5 level of play, plus the love for pickleball. Once they met, they soon discovered they were formerly avid skiers. Carol is from Bend, Ore., and Margaret is from Vail, Colo. Prior to retirement, their paths never crossed until they arrived at the SBR pickleball courts!