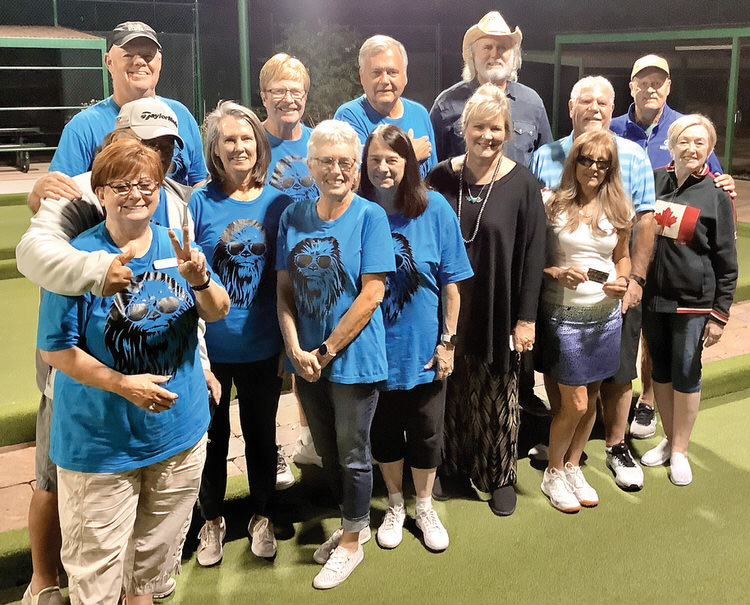 Teams Chewbocce and New Kids on the Bocce

The SaddleBrooke Ranch Bocce Club concluded its summer league season in early October. A total of 14 teams played across a 7-week period this summer, and they even managed to work around a couple of cancellations because of the monsoon season. In the end, Team Chewbocce edged out New Kids on the Bocce to win the championship on Oct. 6.

The fall league is underway, and the number of nights the league takes place has expanded from two to three, with 24 teams and some pretty creative team names!

The Bocce Club continues to grow with more than 534 members. If you’re interested in exploring more about the fastest-growing club on the Ranch or want to join the club, make sure to visit the club website at www.sbrbc.clubexpress.com for additional information.