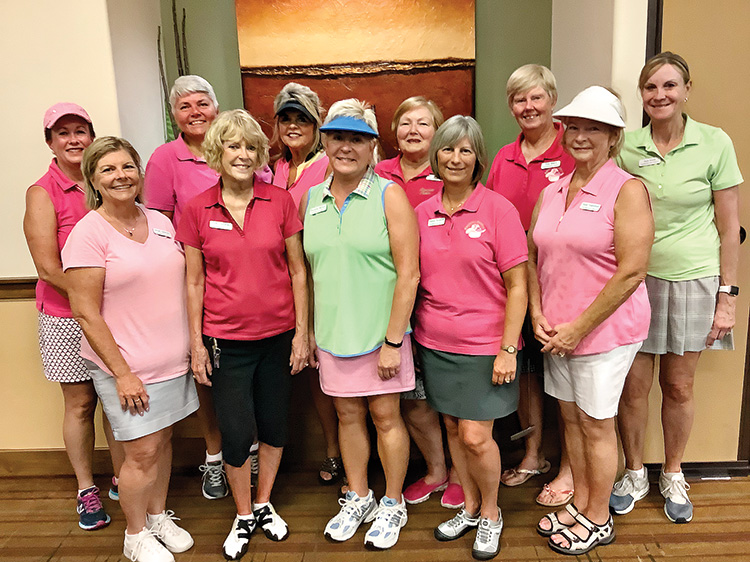 The August skies find the Dog Star, Sirius, rising and setting with the sun. Ancient astronomers thought that the star shared its heat with the sun, creating extra hot weather. Record setting heat and humidity, however, did not stop the Ranchette Putters from rising to the challenge and conquering these steamy conditions.

The SaddleBrooke Ranch Ranchette Putters are proud to announce the August winners. The third lowest gross average was earned by Corky Mansmith with 37.000. Jacque Hendricks took second place with a gross average of 36.500. Great putting performances by Doris Carlin and Mary Schlachter put them both on top with gross averages of 35.750.

The use of handicaps has allowed the club to recognize another group of winners each month. Third place went to Cindy Heck and Debbie Norwood with net averages of 35.567. In second place was Terri Stewart with a net average of 35.450. Sandi Fredrickson had the best net average with 34.767.

The Ranchette Putters are amazed at the talent that our August winners displayed. The club invites all female residents of the Ranch to join us for this fun weekly event. Check out our bulletin board by the pro shop for more information or contact Cindy Watkins at [email protected]