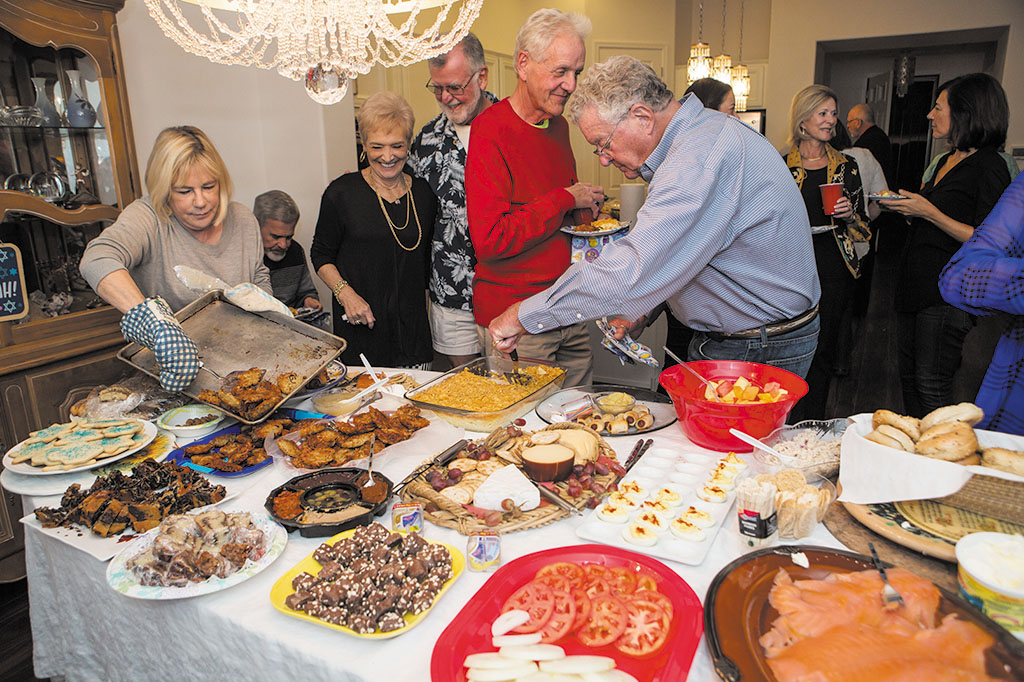 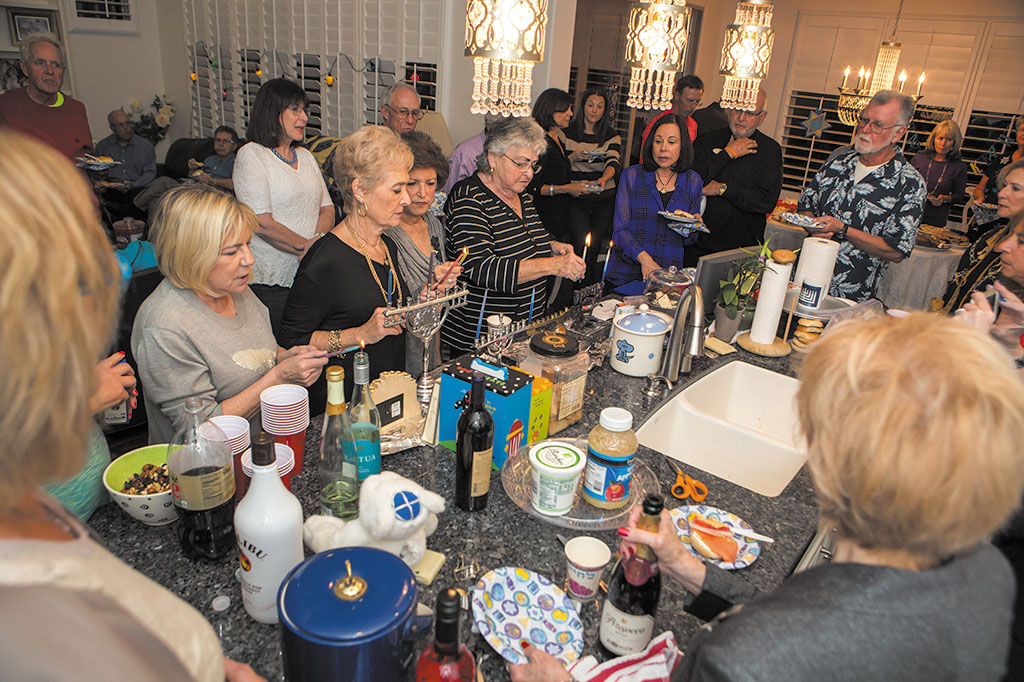 Over 40 members and friends of the Ranch’s Shalom Club celebrated the Jewish holiday of Hanukkah together at a party at the home of Judi Slavin-Cosel on December 6. Candles were lit, and all feasted on a lavish buffet of traditional holiday food prepared by guests. “No one ever goes hungry at a Jewish party,” said Martha Sampson.

A fun gift exchange grab bag was presided over by Sandy Jessop, and everyone left with a gift and the warm feeling of sharing the holiday with friends and neighbors.

Known as the Festival of Lights, Hanukkah commemorates a military victory in 165 B.C. of the Jewish Maccabees over the Syrian army. After the victory the Maccabees rededicated their temple by lighting an ‘eternal flame.’ There was just enough oil to burn for one day, but miraculously the oil lasted for eight days…and that is why on each of the eight nights of Hanukkah candles are lit on the menorah, the nine branched candelabrum.

The Shalom Club provides an opportunity for Jewish residents of SaddleBrooke Ranch, spouses and interested friends to gather for the enjoyment and exploration of Jewish life in contemporary America. All are welcome. For more information contact Leslie Gordon, 520-333-4009, [email protected]