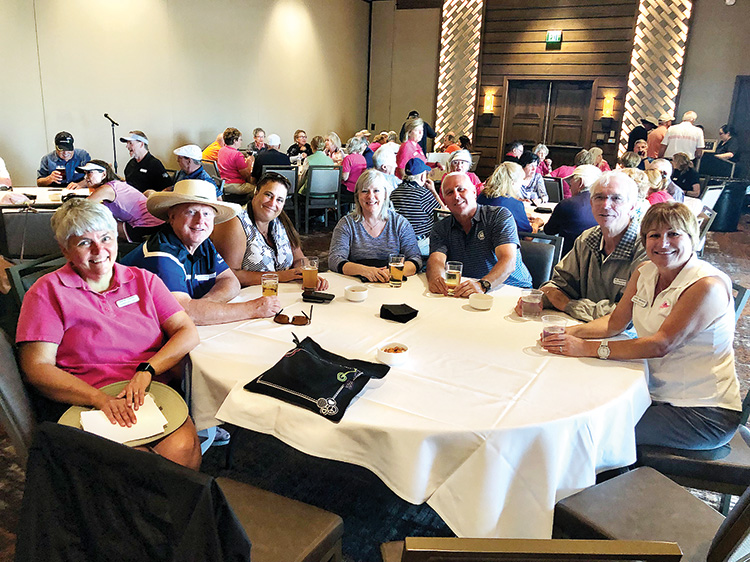 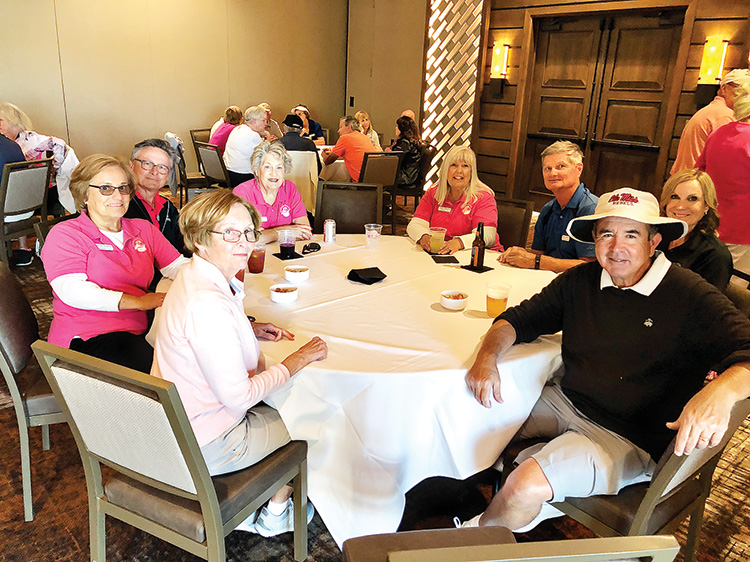 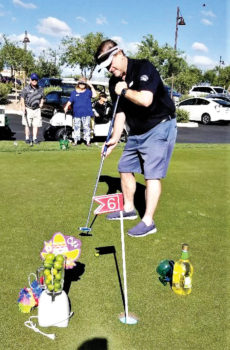 Shooting with a lime; Photo by Jacque Hendricks 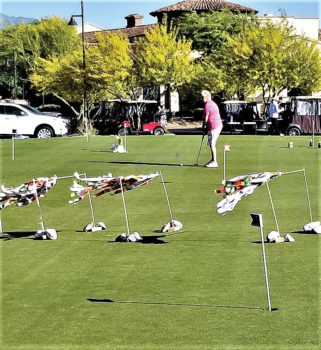 Streamers blowing in the wind; Photo by Jacque Hendricks

On a windy afternoon in May, 72 Ranchette Putters and their guests took over SBR’s 18-hole green for a fun couple’s event. The fiesta theme was evident in the obstacles that appeared around the holes.

On one hole, putters were challenged to shoot around squat, sombrero-topped Modelo beer bottles. Another hole featured multiple sets of streamers, blowing in the wind, and lots of rocks, which made it very difficult to read the green. On the margarita hole, putters used limes instead of golf balls as they tried to avoid a decorated blender and margarita bottle next to the hole.

Prizes were awarded during a social hour in the Sol Ballroom following the event. The team of Corky and Jim Mansmith took first place with an average of 40. An average of 40.75 put the team of Marilyn and Tom Graham and Cindy and Wayne Watkins in second place. Many putters scored a hole-in-one, including one lucky person shooting with the lime.

The set-up committee is to be congratulated! Comments ranged from, “This was so much fun!” to “This was a lot harder than I thought it would be!”