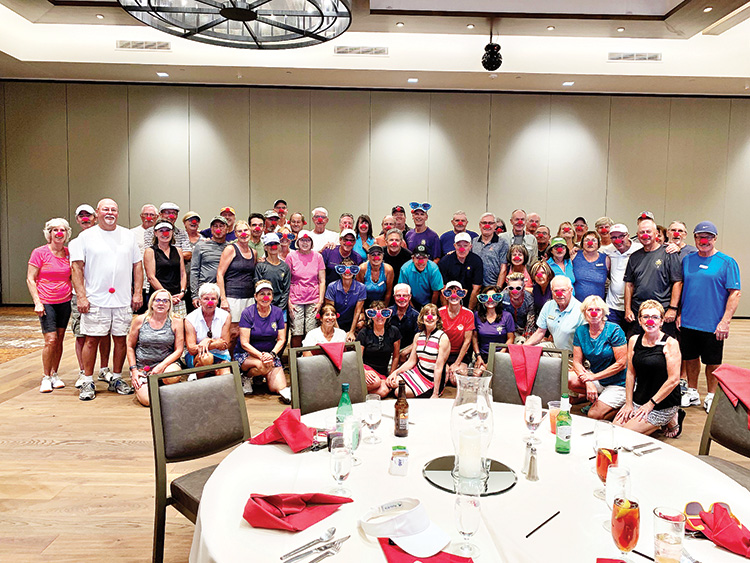 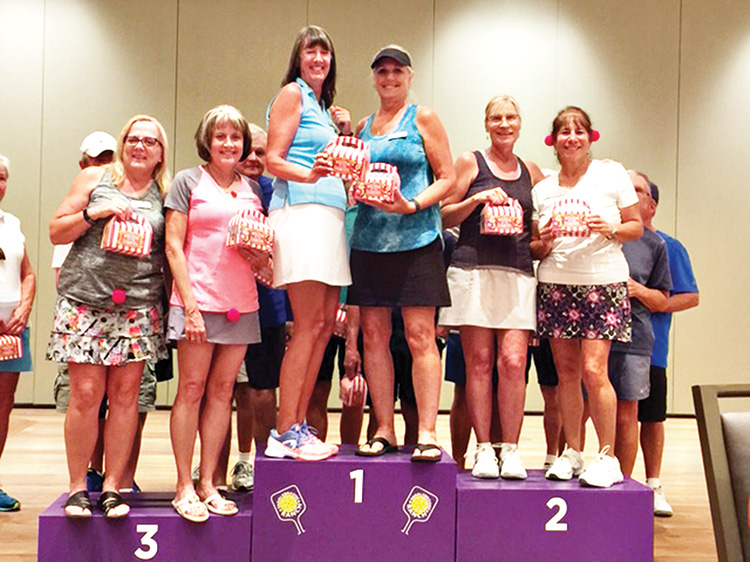 On May 29, over eighty pickleballers participated in the second Pickles and Burgers social play event with a carnival theme. Players were assigned to teams of five or six with mixed skill levels. The teams rotated courts and earned points by practicing their serves, dinks, volleys and game skills. One game was called “Fast Hands” which tested your volleying skills. The “Rinky Dink” game tested your dinking skills and both the “Serve the Ball” and “Serve Placement” games tested players accuracy and placement of their serves.

“Clowns and Pickles” was the final team game which pitted teams against each other in serve and return skills.

First and second place prizes were awarded to the teams with the most points. First place was won by the Dink Masters and the Scorpions came in a close second! The Ball Busters were awarded a prize for coming up with the best team name!

Congratulations to all the winners!

A special thank you goes to Ron Gustafson who built the presentation podiums in the wood shop.

Thank you to our event committee for bringing us another great event for our members.

You won’t want to miss the next social event in the fall.