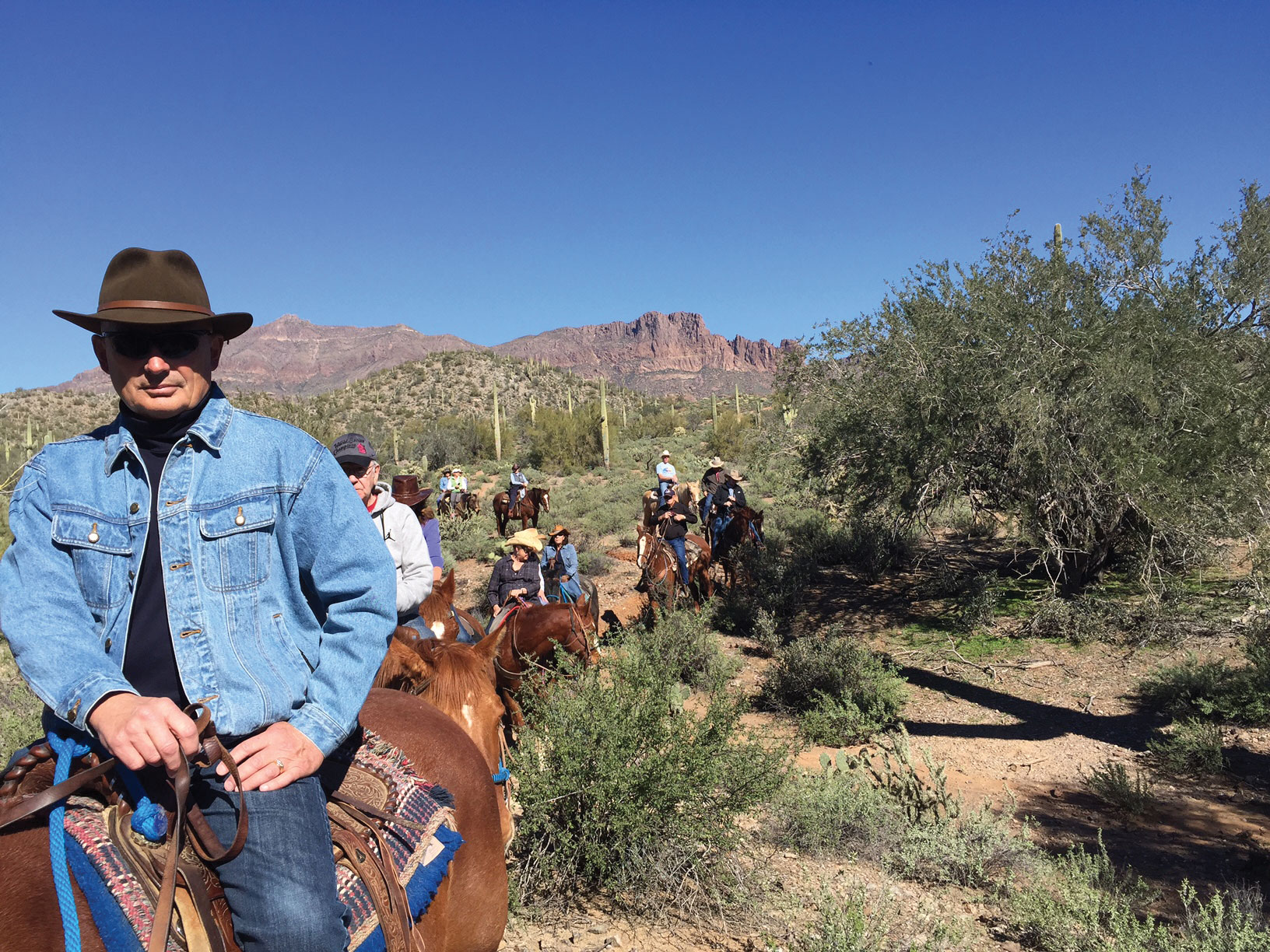 Fifteen riders from the SaddleBrooke Ranch Riding Group headed up the trail for a great spring ride at Donnelly’s D-Spur Ranch in Gold Canyon. The one-hour trail winds through the foothills of the Superstition Mountains, which were especially colorful in the warm morning sun. It was easy to tell that spring was already making its presence known in the warmer climate at the eastern edge of Phoenix. Many ocotillos were already leafing out, and there were great views of Phoenix to the west.

On March 5 the group will head a bit further out to the Triangle T Ranch in Dragoon, AZ. This location is a two-hour ride one way, but allows riders an “up close and personal” ride through areas of the “Texas Canyon” that is a favorite tourist rest stop on 1-10. The unusual rock formations make it an interesting trip, and for those interested the Triangle T has an “Old West” themed saloon, which is open for lunch before we head back home. This one-hour ride will be at 10:30 a.m. due to the distance.

The third ride of the season will take the group back to a definite favorite, Colossal Cave Mountain Park near Vail. This one-hour ride is planned for Saturday, April 9. This venue was briefly closed but has re-opened again for horseback riding. The trail is through the Rincon Mountains and has typically been a favorite with riders.

The final ride of the season will be Saturday, April 30, at Pusch Ridge Stables in Catalina. At this venue the ride times often need to be staggered as only six riders plus a guide are allowed into the Catalina State Park at one time. However, it is close and always provides very pretty views of our own Catalina Mountains.

There is no obligation to attend all the rides offered. Riders simply let the secretary know if they want to attend a particular ride. Carpools are generally arranged for those interested.

If you are interested in receiving more information on the SaddleBrooke Ranch Riding Group, please contact the group secretary, residents Don and Rebecca Williams, at [email protected]