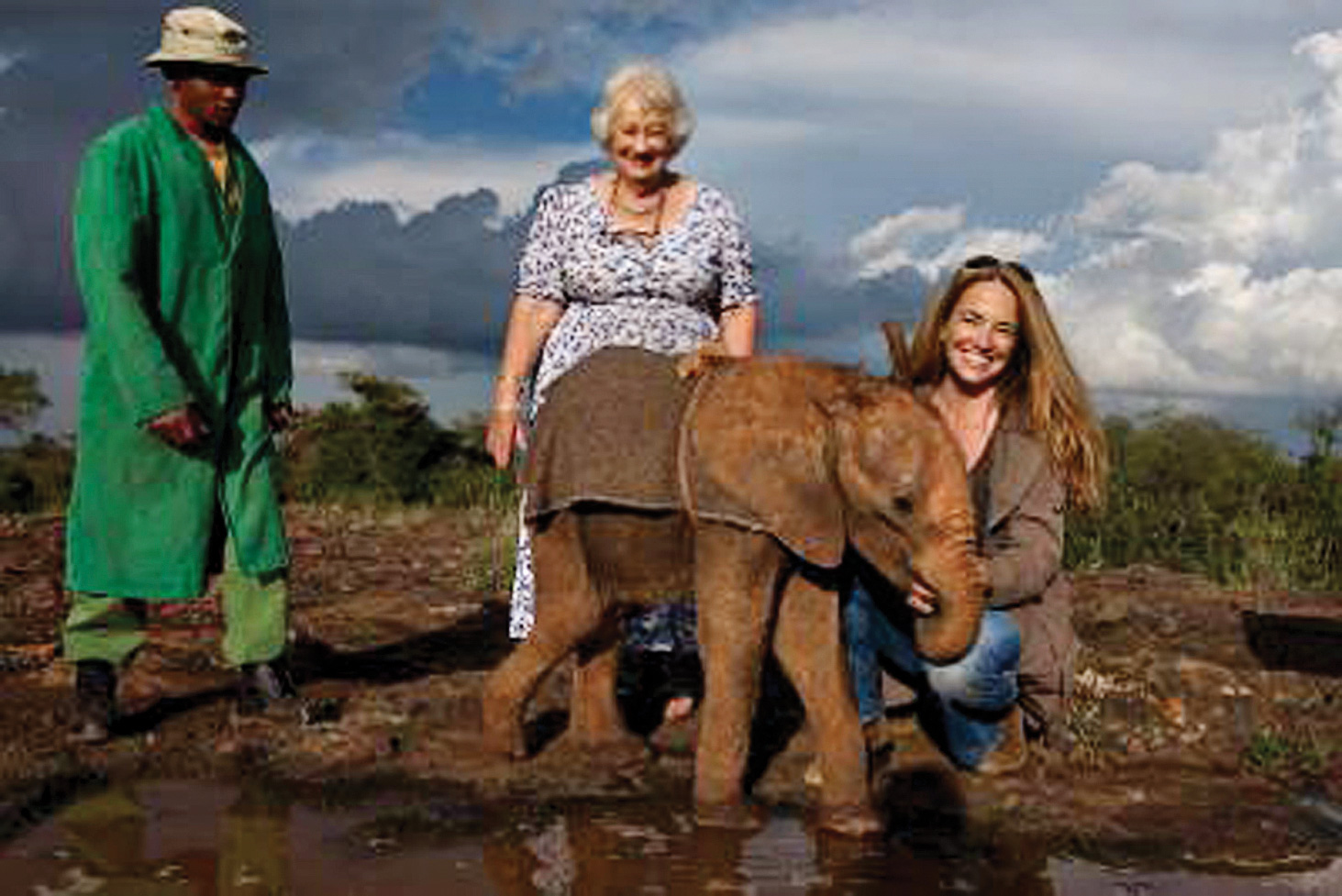 When Linda Harvey asked Ranch folks what they have been doing during the time of COVID-19, I shared about watching the daily activities of the Sheldrick Wildlife Trust’s orphan elephants and rhinos. She asked if I could share this. Well, if I can’t live among the elephants, I’m always happy to talk about them, so here goes.

The Sheldrick Wildlife Trust is one of the pioneering conservation organizations for wildlife and habitat protection in East Africa. Founded in 1977 by Dr. Dame Daphne Sheldrick in memory of her late husband David, it is best known for their work with elephants, operating the most successful orphan elephant rescue and rehabilitation program in the world. (Some content and photos provided by the David Sheldrick Wildlife Trust.)

David Sheldrick began his renowned career in 1948 with the Royal National Parks of Kenya, where for two decades he worked to transform Tsavo, a previously uncharted and inhospitable land, into Kenya’s largest and one of their most famous national parks. He is to this day regarded as a preeminent leader in wildlife conservation.

For over 25 years, Kenya-born Daphne lived and worked alongside her husband David, during which time they raised two daughters while successfully rehabilitating and raising many wild species.

Over the span of her lifetime working with wildlife, she was the first person in the world to perfect the milk formula and husbandry needed to successfully raise infant milk-dependent elephants and rhinos.

After David’s death, Daphne and her family lived and worked in Nairobi National Park and built the David Sheldrick Wildlife Trust in addition to its pioneering Orphan’s Project, offering hope for the future of Kenya’s threatened elephant and rhino population as it struggles against the threat of ivory and horn poaching.

Daphne’s daughter Angela continues running the Trust with passion and vigor after Daphne’s passing in 2018.

In 2017, a year when over 150 elephants died from drought, a 10-month-old elephant calf was sighted limp and lifeless on the parched earth. Wildlife Service rangers contacted the Trust and their swift action saved this female baby’s life, but for 12 hours she lay lifeless despite the IV fluids and Angela Sheldrick rubbing her body continually to help blood circulation. Eventually, the baby had enough strength to suckle her first bottle of milk. They named this baby girl Maisha, the Swahili word for “life” which, given her epic battle and miraculous recovery, was fitting. Now three years old, she is doing well and enjoying life.

I adopted Maisha as part of the Trust’s Adoption Program and get regular updates and pictures of her shenanigans, while supporting the wonderful work of the Trust.

This summer my husband and I were to have travelled to Kenya to personally meet Maisha and the other elephant and rhino orphans, but sadly for now, this meeting will have to wait.

Daphne’s trailblazing conservation work has touched countless lives, including generations of wildlife who thrive today. She is proof that one person can make a difference, and through her family, her legacy lives on.