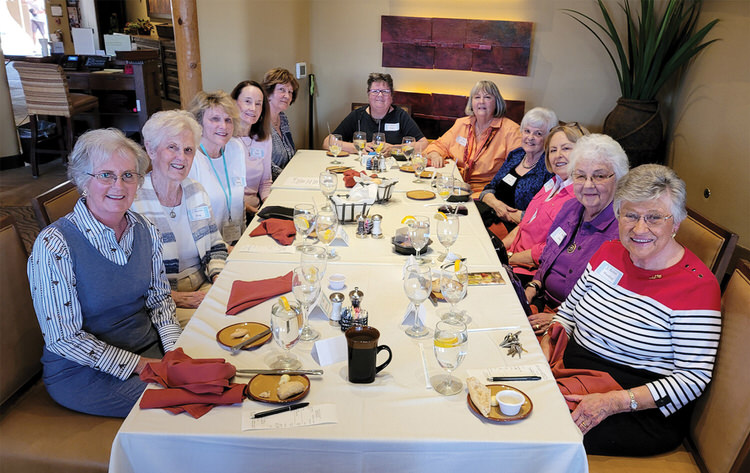 Tucson and SaddleBrooke-area Delta Gammas gathered for lunch in March at The Preserve. Another lunch is planned for April 29.

Delta Gamma (DG) sorority members living in SaddleBrooke, SaddleBrooke Ranch, and nearby communities are invited to attend a welcome luncheon at 11 a.m. on Friday, April 29, at The Preserve restaurant in SaddleBrooke.

The guest of honor at the luncheon will be Barbara McClure, executive director of IMPACT of Southern Arizona, who also happens to have been a Delta Gamma in college. IMPACT was originally formed in 2000 as Catalina Community Resource Center. In 2003, it began partnering with SaddleBrooke Community Outreach, and in 2010 moved to a new facility on Hawser Street in Catalina. IMPACT now helps thousands of low- to moderate-income families and individuals throughout the northwest Tucson metro area, as well as parts of Pinal County.

If you would like to attend this luncheon—or get on the invitation list for future local DG events—contact Karen Butler at 520-505-4506 or [email protected] by Wednesday, April 27.