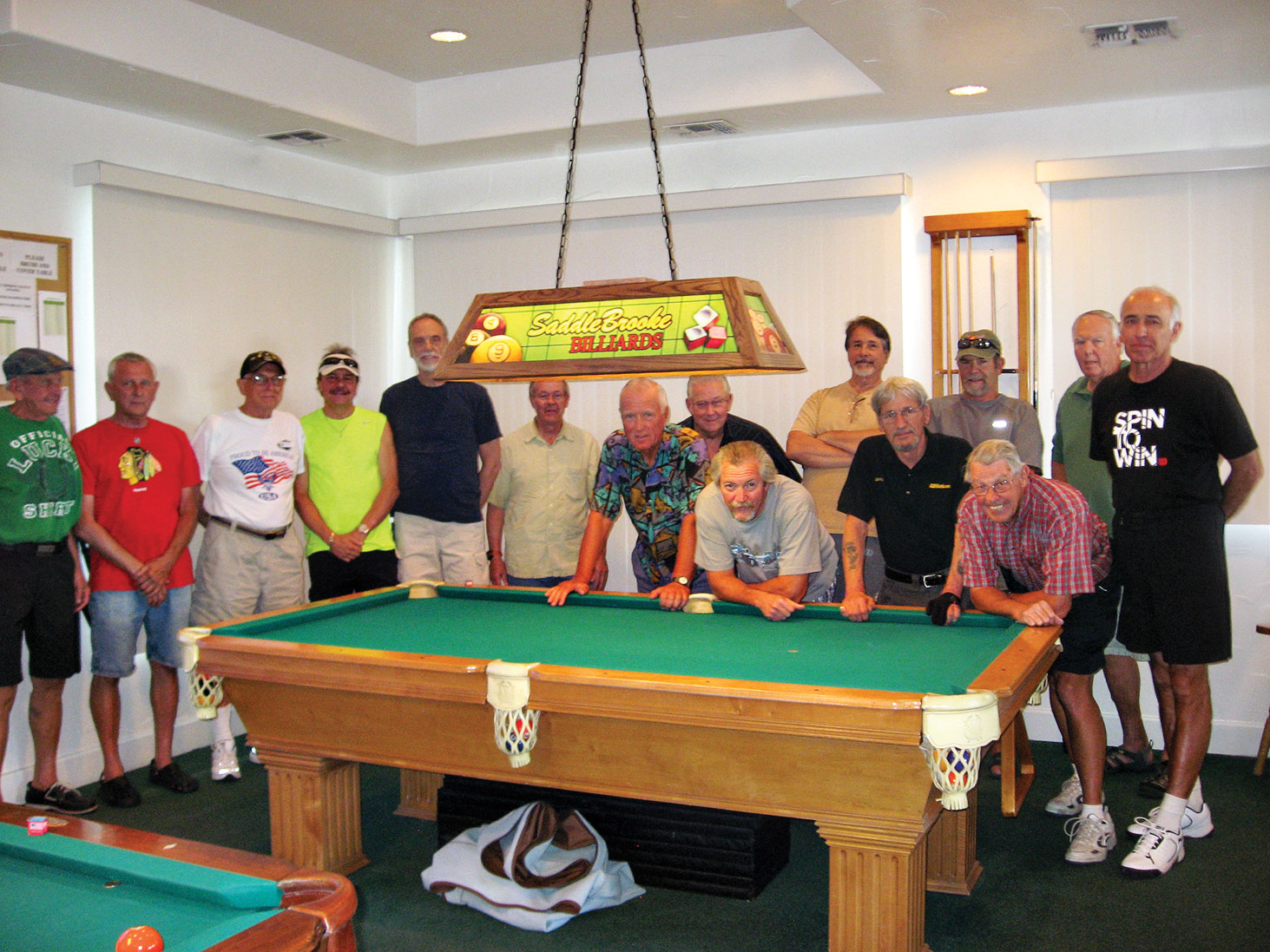 On June 6, 2015 the second 8-Ball Tournament, sanctioned by the SaddleBrooke Billiards Club, was held in the SaddleBrooke Starter Shack. The tournament directors were Dominic Borland and Joe Giammarino.

A big thank you goes out to all those who participated and for the camaraderie, interaction and competition so evident during the tournament. Special thanks go to Hardin Brothers Automotive in Catalina and the HOA 2 Bistro for contributing prize gift certificates. Thanks are also in order for SaddleBrooke HOA One for supplying new balls and racks for the event.

The day started with a players’ meeting held at 12:45 p.m. to explain the tournament format and rules. The tourney was a single game double elimination format. Play commenced on two tables at 1:00 p.m. Since a full field of players was present, seating was expanded into the patio area to handle overflow and reduce crowding in the limited space offered by the starter shack. An orderly flow in and out of the room continued throughout the day while the tournament progressed.

Tom “Ski” Kaliski’s road to the championship started by beating Cliff Terry; he then sent Don Cox to the loser’s bracket. Tom proceeded to oust Richard Galant. The next match was for sole possession of the hill, which was one win away from the championship. Tom prevailed over Al Petito to leave Tom as the only undefeated player. Meanwhile Paul Callas was destroying the loser’s bracket to make his way back to play Tom for the championship. Paul would have to win twice to take the tourney away from Tom. Paul won the first match to set up the final match between he and Tom. The final match was back and forth, but Tom “Ski” Kaliski held off Paul for the win and the title of SaddleBrooke 8-Ball Champion!

A fun day was over after three hours and 31 games of 8-Ball. Sixteen pool players had competed and met new friends that shared their passion. That is a good day!

We are always looking forward and planning other events; watch for details in your community’s publications and your emails. Know any pool players? Have them contact Joe Giammarino at [email protected]tlook.com or Dominic Borland at [email protected] and we’ll add them to our list.