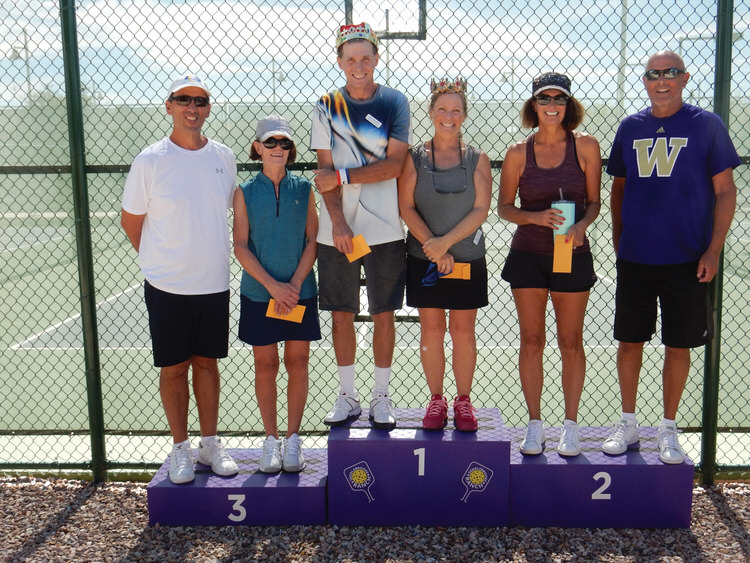 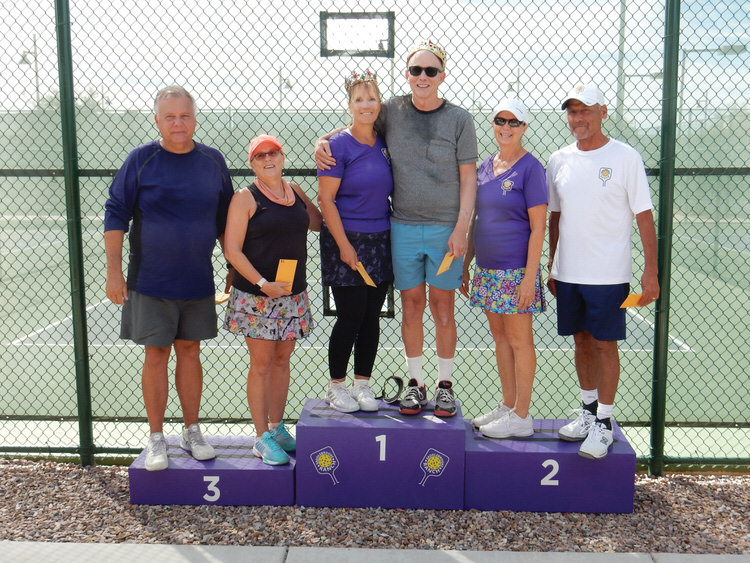 On Friday, Oct. 8, 104 active SaddleBrooke Ranch pickleball players participated in a fun and competitive game called King and Queen of the Court. It was made possible through all the hard work of Anna Ung and her committee, which included Gary and Sally Grasso and Debbie McCauley. Players were randomly divided by skill level, split into groups of four, and played a game up to either 11 or 15 points. The winning team moved up a court and played against the winners of the other court while switching partners. The losing teams are not eliminated. They also switched partners and played till the end, win or lose. The goal of the game is to stay on the winning court as long as possible.

Advancement is determined by the player’s total points scored throughout the tournament. Point differential comes into play in case of a total win tie. The player with the most points then becomes the King or the Queen.

King and Queen of the Court Tournament Winners: