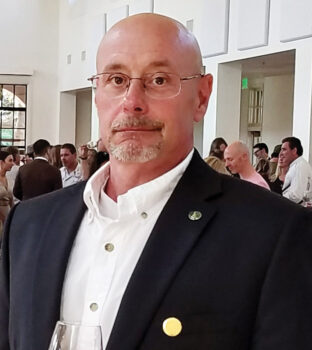 The ILR is proud to welcome Tom Oetinger as a member of our faculty. Tom has an interesting background that encompasses criminal justice and an expertise in wine appreciation. Tom was born in Philadelphia and lived for 34 years in central New Hampshire. His initial interest was in criminal justice, and he became a police officer at the age of 18. He earned a B.S. degree in Criminal Justice Administration from Granite State College (part of the University System of New Hampshire). He then continued his education at Notre Dame College, where he earned a M.A. degree in Social Justice and Theology. He spent 30 years in police service, and retired as Chief of Police from Laconia Police Department in N.H. He also served as an Outreach Coordinator and an Adjunct Instructor at the Granite State College.

Tom’s serious interest in wine developed later in life. While he is an expert in all wines, his wife is Italian and influenced his primary interest. He continued his education in wines, not by drinking them, but by earning Advanced Certification from the Wine & Spirits Education Trust based in London, England. He also holds Professional Certification in Italian Wines from Italian Wine Central, based in Napa Valley, Calif. Tom is an “independent ambassador” for a number of different wineries and distributors, and conducts wine education in retail establishments in the Tucson area. He is also available for private groups or SaddleBrooke residents holding wine tastings in their home. There’s nothing better than having a personalized wine tasting with your friends, and having an expert to guide you through how to taste and judge the quality of the selected wines.

Tom met his future wife at Gimbels Department Store in Philadelphia, and he married Michelle in 1981. They have one son who lives in eastern Massachusetts with his wife and two children. Tom and Michelle moved to SaddleBrooke in 2014, and totally enjoy it here. In his spare time, Tom enjoys hiking, road biking, coin collecting, and long hours in the fitness center. During this COVID-19 pandemic, Tom will be teaching a two-session course for the ILR via Zoom, that is titled “Wine Tasting 101” to be held on Oct. 6 and 13. The ILR welcomes Tom to our faculty and we look forward to his future classes on Understanding and Appreciating Wine. For more information about the ILR go to www.sbilr.org.