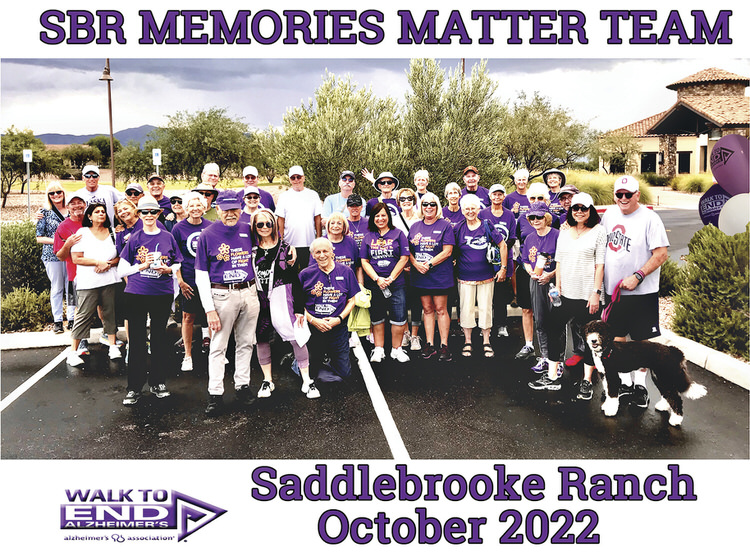 On Oct. 15, as Florence and Ross Messer prepared to drive to the Sol Ballroom parking lot of SaddleBrooke Ranch for the Walk to End Alzheimer’s, which they organized, the sky darkened, but then a rainbow appeared, giving hope that a cure for this dreaded disease is on the horizon. Alzheimer’s has affected more than 6 million people and has devastated millions more whose loved ones have this disease. Alzheimer’s doesn’t care what gender you are, what religion you believe in, or what age you are. Florence and Ross’ daughter, Michelle, was diagnosed at age 48 and passed away four years later. Their promise to their daughter was to continue to fight so that one day there would be a cure. A resident wrote that as she was driving into the Ranch that morning “with torrential rain pelting down, I witnessed dozens of intrepid and dedicated SBR Memories Matter walkers undaunted by the downpour … hats off to your fight and commitment to end Alzheimer’s disease!”

Although the rain and lightning shortened the walk, our efforts raised $11,100! Thank You to everyone who donated and/or joined the team, as well as those who physically made this walk possible!

Here’s hoping that next year we will all be walking with white flowers in hand in honor of all the survivors!