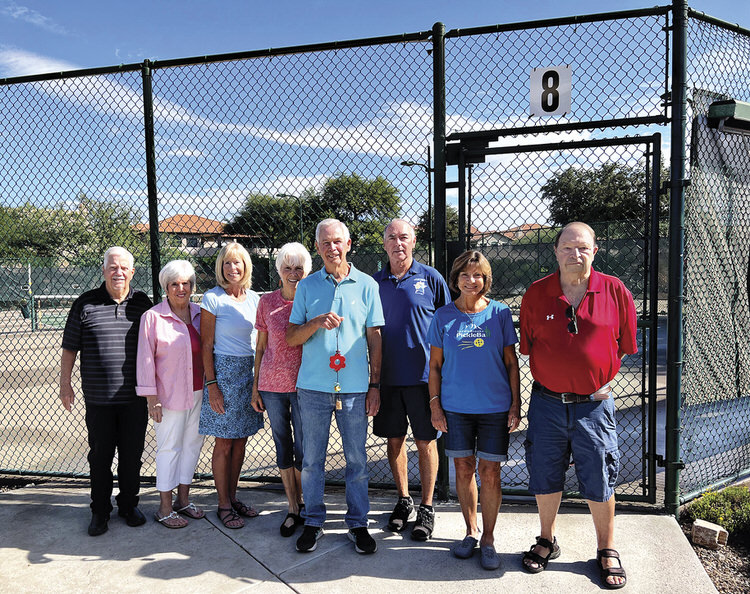 Tennis Shoes for the Homeless was recently recognized by Ben’s Bells for its program that provides gently used tennis shoes for the homeless in the Tucson region. The mission of Ben’s Bells is to inspire people to practice kindness as a way of life and create a ripple effect of kindness throughout communities.

Ben’s Bells began in 2002 when Jeannette Maré’s son Ben died suddenly just before his 3rd birthday. In the months following, Jeannette began making ceramic wind chimes in her backyard studio with her family and friends. She learned how a small act of kindness could make such a difference in a person’s life. She wanted to find a way to teach others about the impact of intentional acts of kindness, so she and her friends made 400 bells and randomly distributed them around Tucson on the first anniversary of Ben’s death. People who found the bells shared their own stories of grief, healing, and hope, and over the past 20 years, the nonprofit Ben’s Bells has grown to offer numerous programs focused on growing kindness. It also recognizes programs that match its mission, such as Tennis Shoes for the Homeless, which began in 2018 when Jerry Fay noticed that people were leaving usable tennis shoes at the SaddleBrooke Tennis Center.

Having volunteered at homeless centers in the past, Fay knows that shoes are one of the most needed clothing items. He put a sign that said “Tennis Shoes for the Homeless” on a large plastic bin and placed it at the tennis center. He understands how important respect is for someone who has no home, and he made sure to accept only shoes in good condition. He wanted people who received the shoes to know that they were valued. He made his first delivery of 15 pairs of tennis shoes to the Z Mansion in downtown Tucson where a weekly Sunday brunch and brown bag lunch is provided to more than 200 unhoused people. He immediately realized that he could have brought 50 pairs, and they all would have been given away. With an additional bin placed at the SaddleBrooke Pickleball courts and another bin at the SaddleBrooke Ranch Pickleball Courts, he and a team of volunteers have delivered more than 2,000 pairs of shoes not only to the Z Mansion, but also to the Gospel Rescue Mission, the Salvation Army, Casa Maria, and Jose’s Women Center.