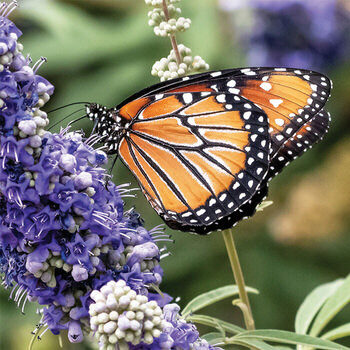 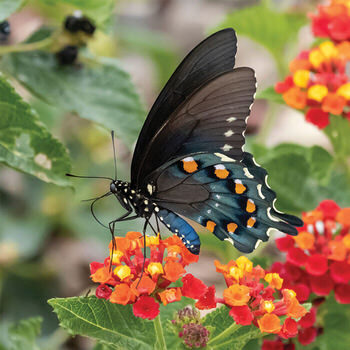 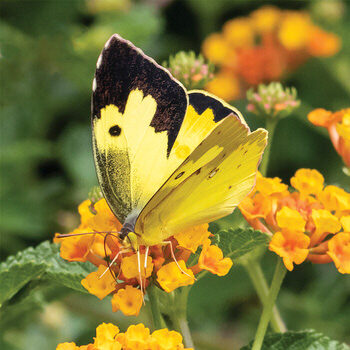 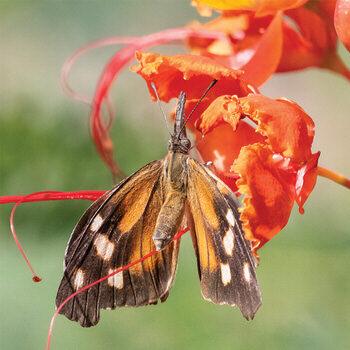 Butterflies flutter by, especially after strong monsoon rains like we had last summer. My wife, Claire, and I moved to SaddleBrooke Ranch in June 2021, and shortly thereafter the welcome rains began, producing a plethora of flowers in our yard. Rains begat flowers and flowers begat butterflies. They were everywhere! As our Little-leaf Cordia bushes began to produce tiny white flowers we began to see numerous American Snouts. I’d never seen them before, but as you might imagine from their name, they have pronounced snouts and look very odd compared to other butterflies. American Snouts were the first to arrive, but hardly the last.

When our Chaste Tree began to show its bluish blossoms, it was a magnet for Queen butterflies, which have orange wings with black borders and white spots. Sometimes confused with similarly colored Monarchs, Queens are much more common in our area. I have seen at least 50 Queens on our Chaste Tree at one time! Other butterfly species were attracted to our Bird-of-Paradise and Lantana blossoms. One large species was primarily black in color, with blue, orange, and white markings. When they landed on a colorful blossom their wings continued to flutter, and I was only able to identify them as Pipevine Swallowtails by taking fast-shutter-speed photos of them. Another common species was the Southern Dogface. These butterflies are lemon yellow with a black outline on their upper wings that resembles a dog’s face, hence the name. Since butterflies typically keep their wings folded above their backs when perched on plants, the “dogface” is hard to see unless it’s flying.

Butterflies are probably our most loved insects. They are intrinsically beautiful; they don’t sting; and they don’t bite! Their wings are covered with thousands of tiny scales that are arranged in colorful designs unique to each species. Scientifically, butterflies are classified as Lepidoptera, a word that simply means “scaly wings” in ancient Greek. People who study butterflies are called lepidopterists, and those who merely watch them are sometimes called “butterfliers.” Interest in butterfly watching is increasing as binoculars and cameras with close-focusing lenses become more readily available.

And butterflies are certainly fascinating to watch or study! Their four wings, two forewings and two hindwings, are attached to a slender body that enables them to fly. Their snouts harbor a straw-like appendage that is used to suck nectar and other fluids for sustenance. It is called a proboscis, and when not in use, is tightly coiled in front of the head. Butterflies have two long filamentous antennae, with sensory clubs on the ends that help butterflies balance, find mates, navigate the airwaves, and migrate. They also have receptors in their feet that allow them to “taste,” helping them find nectar sources and females to find appropriate plants on which to lay eggs so emerging caterpillars have food to eat. As these fascinating insects flutter from flower to flower, they also cross-pollinate them. Just fascinating!