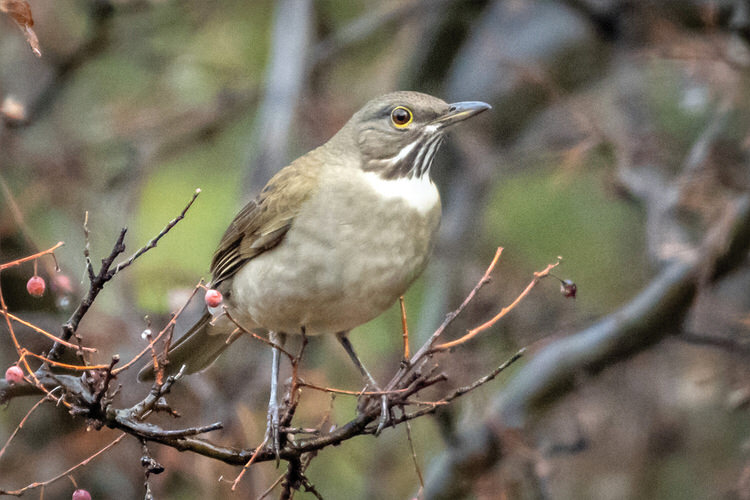 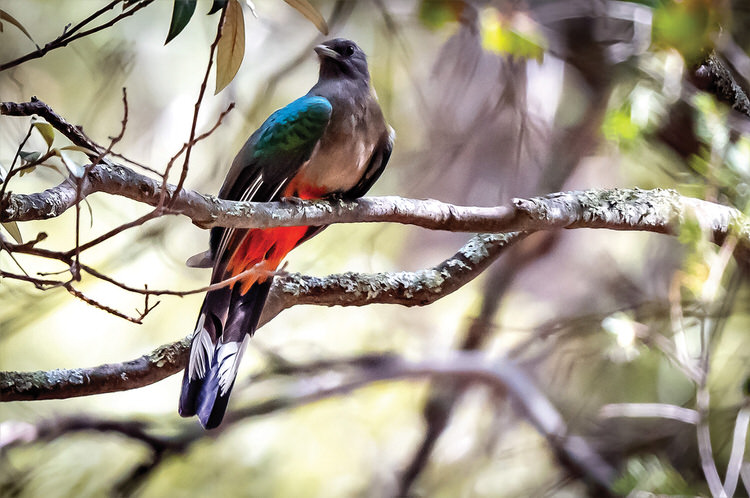 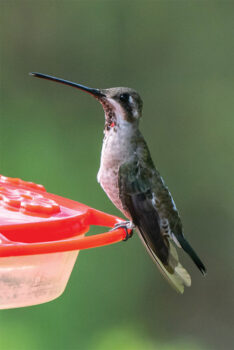 A notice pops up around 8 p.m. I have an email from AZNM Birds. It reads “I heard the distinct call of an eared quetzal while on Miller Canyon trail in the Sierra Vista area today at approximately 7 p.m. It was about 1/2- to 3/4-mile up the canyon from the first parking lot. I have been birding for 15 years, so I am very sure.” Instantly feeling a wave of excitement, do I jump in the car, drive more than two hours to the stakeout area, and wait for daylight to chase this rarely seen bird?

Eared quetzals have visited Arizona since Richard Taylor first discovered one in the south fork of Cave Creek near Portal on the east side of the Chiricahua Mountains in 1977, but sightings are sporadic and unpredictable. I missed out on seeing one around Cave Creek in June 2020. Now hearing of one reported on the west side of the Chiricahua Mountains three months later, I was determined to go.

We arrived at the reported parking lot the next afternoon, with plans to spend the next day in search of this rare bird. As luck sometimes occurs, within 30 minutes into the hike, there they were.

As we were leaving the parking lot that afternoon, we met a few guys from New York saying they just flew in to see these birds. Rarities can bring people from all over, dropping everything to travel to the sighting of these rare birds.

As part of the Cornell Lab of Ornithology eBird’s online database of bird observation, I have daily alerts for Arizona, specifically Pima and Pinal counties. You can set it for any area for rare bird alerts.

So, what may cause rarities to show up in Arizona? Tropical storms, hurricanes, and temperature changes. Five years ago, hurricane Newton deposited three species of storm-petrels, a wedge-tailed shearwater (first Arizona record) and a Juan Fernandez petrel, but not all storms bring in rarities.

On Jan. 9, 2019, a white-throated thrush was discovered at Madera Canyon, the first recorded in Arizona. Its appearance was likely associated with a cold snap in the mountains of Mexico. While I was taking a photograph of this bird, 50 other birders were next to me, cameras snapping.

Some bird-chasing can be easy, like the rare northern jacana which spent months this year near the Santa Cruz River bridge on Ina Road near I-10, but not all chasing ends with success. There was a recorded sighting of a very rare crested-chested warbler near the Chiricahua Mountains—the results for me were negative.

With a recorded 566 species in Arizona, it is no wonder it is the top spot in the United States to see rarities, largely due to our proximity to Mexico. Other Mexican rarities seen in the area are the sulphur-bellied flycatcher, plain-capped starthroat, buff-collared nightjar, and the elegant trogon in Madera Canyon. These are the northern-most members of this purely tropical family of birds.