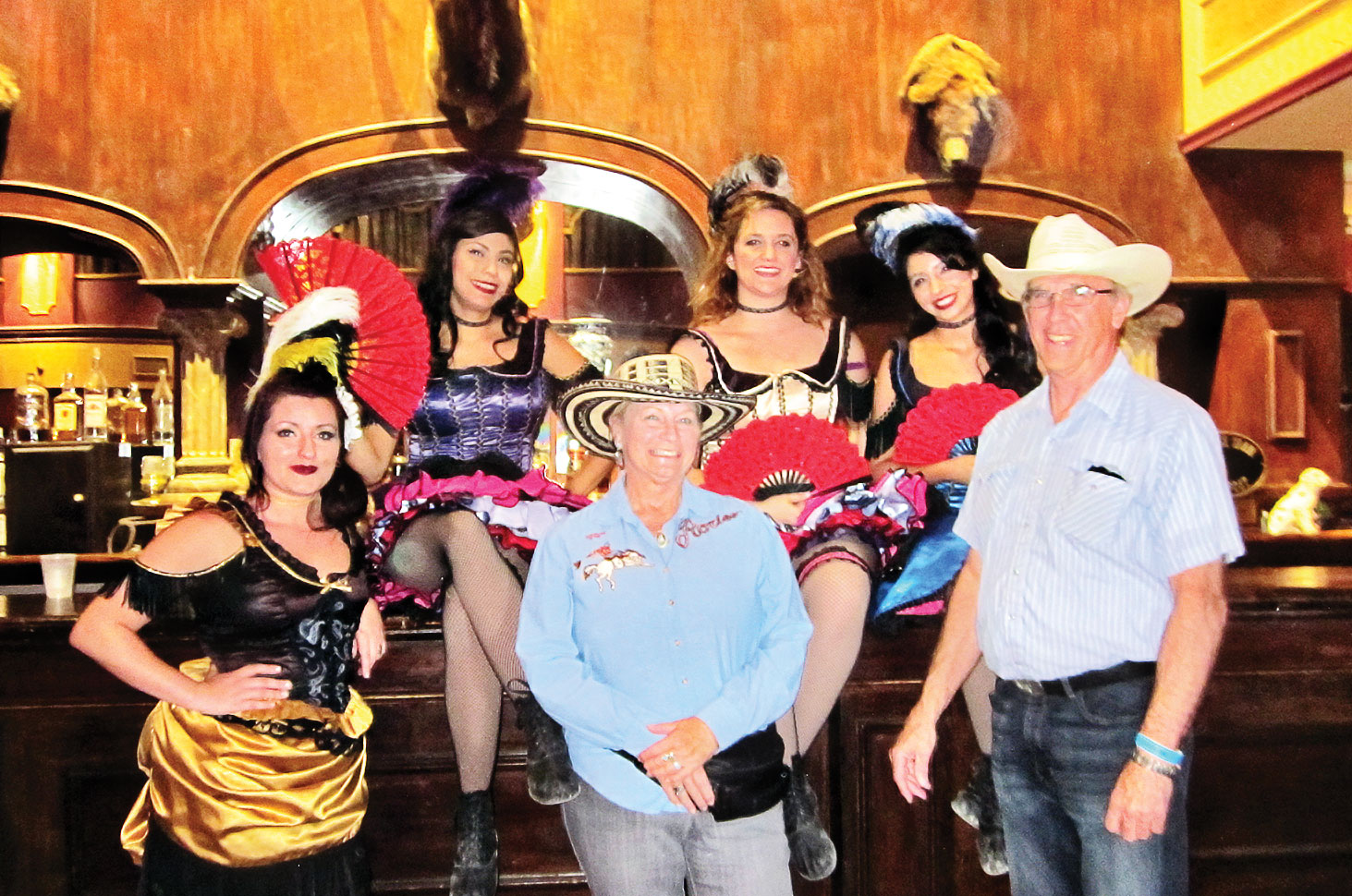 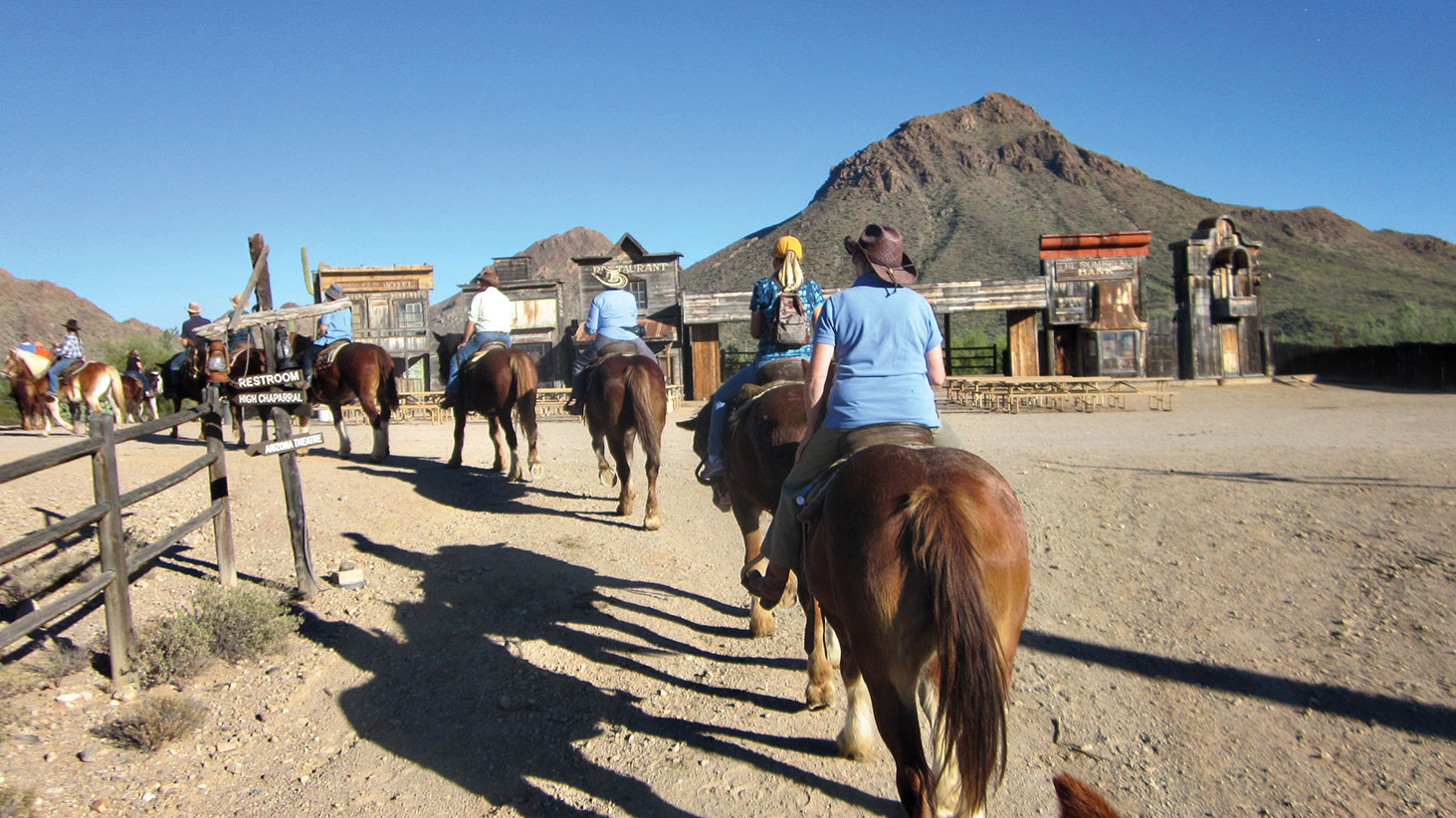 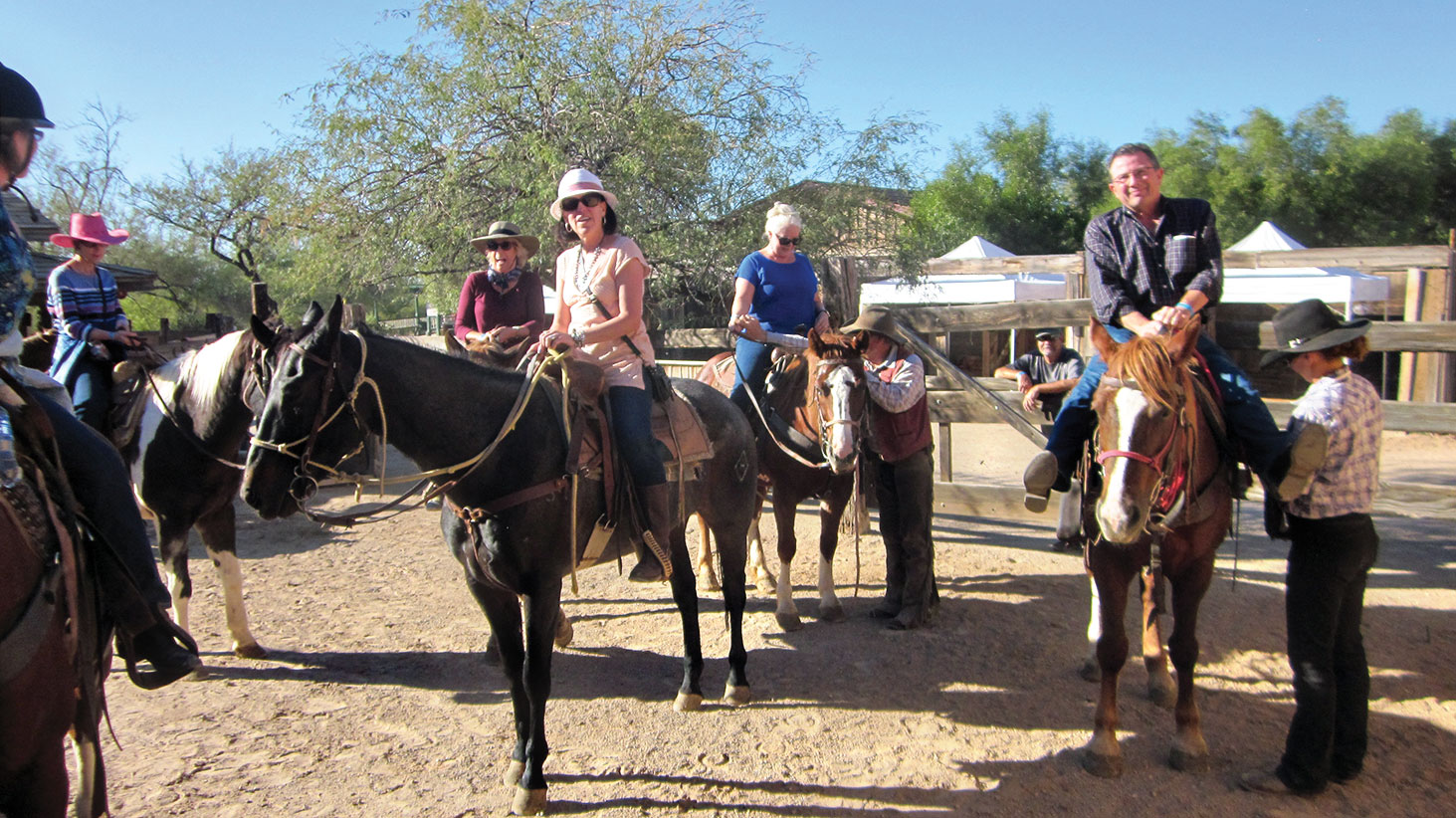 A group of 42 SaddleBrooke Ranch residents enjoyed some of the best of the Old West at the fifth annual Chuck Wagon Dinner held at the “Old Tucson” theme park on Saturday, November 5. It was a perfect afternoon to enjoy a ride through the property as well as portions of the Saguaro National Park. A total of 31 riders mounted up and hit the trail to enjoy the area on horseback. Eleven others took in the sites on a narrated stagecoach ride through the property. In addition many took advantage of the opportunity to take in some of the other park entertainment such as show girls singing and dancing at the Grand Hotel, stunt shows at the old Mission and historic gun fights.

The one-hour horseback ride ventured into a portion of the Saguaro National Park with scenic views of the many mountain ranges surrounding the park that made this area a favorite for filming movie and TV Westerns as well as commercials. Such movies as Rio Bravo, Arizona as well as TV shows like Bonanza and Little House on the Prairie were filmed here just to mention a few. The stagecoach took riders through the ranch setting that was once the film location for the TV show High Chaparral. The park also does presentations on what life was like in the Old West, depicting what you might find in a general store, showing what school rooms were like or spoofing an old time medicine show.

As the sun set everyone met up for an excellent buffet with a choice of BBQ beef, pulled pork or pulled chicken, cowboy beans and coleslaw. With hot apple cobbler and whipped cream for dessert it is certain no one went away hungry. During dinner two of our own talented SBR residents, Bo and Sandy Jessop, entertained the group with a great selection of folk songs. Sandy played the guitar while she sang the ballads, and Bo accompanied her with a drum and tambourine. Everyone enjoyed getting to know others in the group and had fun enjoying a taste of the Old West.

The Chuck Wagon venue varies from year to year, but the Riding Group usually does a Saturday morning ride at this location sometime during the year. If you missed it, we will likely return to Old Tucson for a morning ride sometime next year.

The group’s next ride will be the morning of Saturday, December 3, at Hacienda del Sol in Tucson. The ride meanders through a quiet wooded arroyo, which seems far away from the urban setting above. If you would like more information on the SaddleBrooke Ranch Riding Group, contact Don and Rebecca Williams at [email protected]