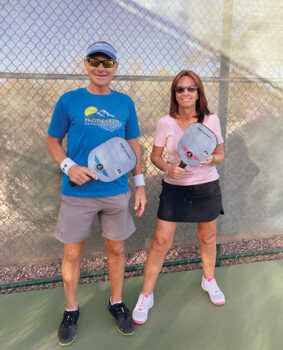 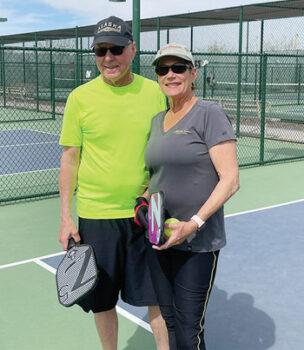 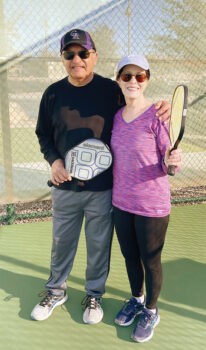 When requesting to be tested for the next level, SaddleBrooke Ranch Pickleball Association (SBRPA) sets a time for the testing approximately a month away. The testing is done with four members that are not related. So, couples wishing to test up will not be tested together. The couples are separated for testing only and once the tests are over, the couples are back to playing as partners on the court. This rule was decided so that a couple’s dynamics would not be brought into the testing procedure.

As SBRPA grows there are more and more couples enjoying the game together. So, grab your spouse and play hard on the court. But remember, what happens on the court stays on the court! Don’t bring home the missed balls or long serves or faults!