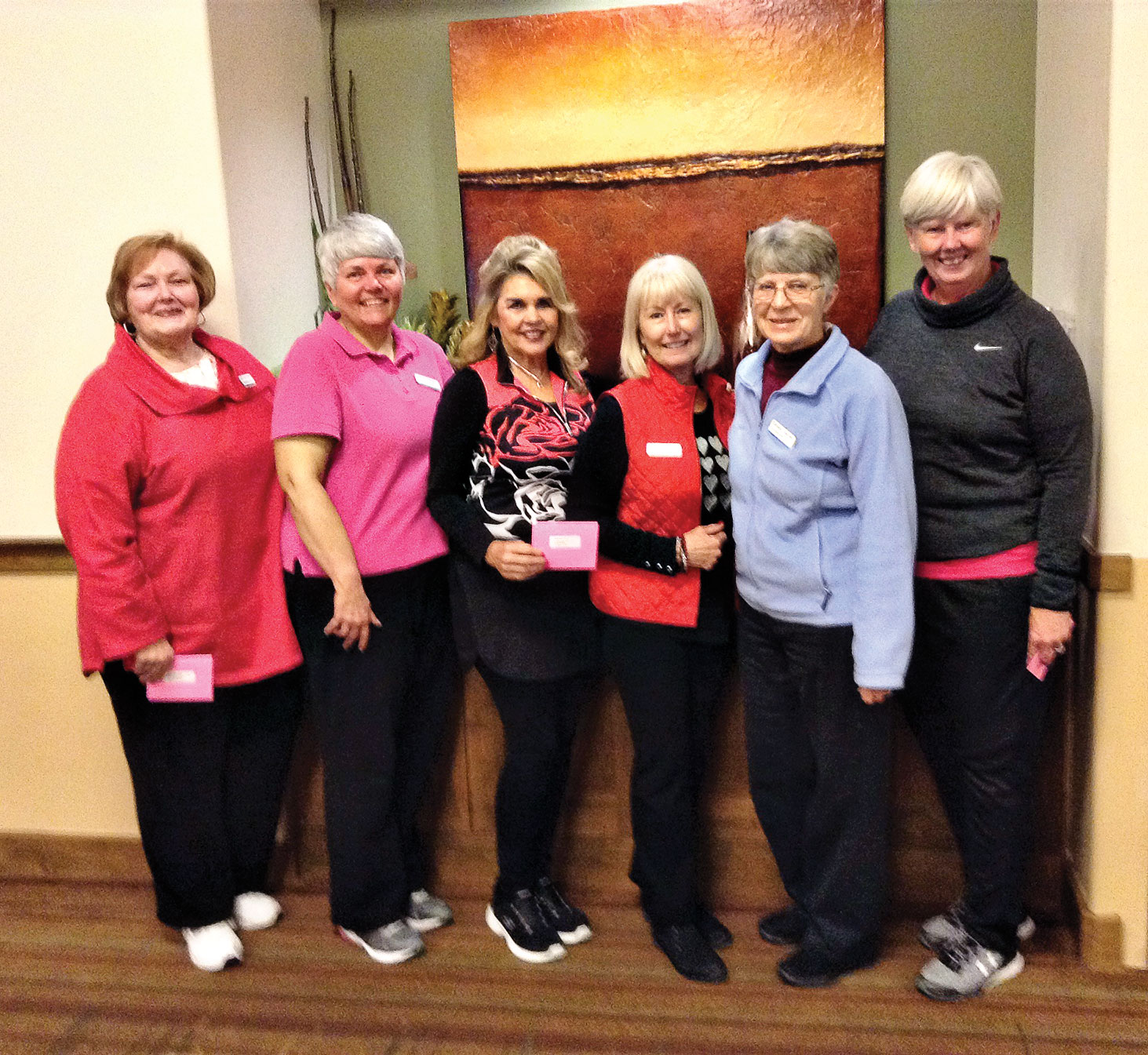 January 2019 provided a taste of winter in Arizona to the Ranchette Putters. A fresh snow fall covering the SBR putting green and golf course closed the entire facility the first week of the month. Then extremely cold and windy conditions forced the club to delay the start of putting the second week. During the rest of January frost on the green and blustery conditions prevailed.

Hardy ladies, however, showed up and attended enough sessions to qualify for the club’s monthly awards. Prizes are awarded to putters with the first, second and third lowest average scores and ladies who sink six or more holes-in-one.

Ranchette Putters is pleased to announce our January winners. Debby Felzien turned in the third lowest average of 39.000. Mary Schlacter took second place with an average of 38.667. The first place honors went to Terry Pendy with a top average score of 37.250.

Consistently being able to read the green and sink a ball with one stroke takes a lot of talent. Three putters achieved this honor in January: Sandy Getter and Sue Marx each had seven HOI, Doris Carlin had six HOI.

Ranchette Putters congratulates our January winners and invites all female residents of SBR to join us for a fun weekly event. Check out our bulletin board by the Pro Shop for more information or contact Cindy Watkins at [email protected]