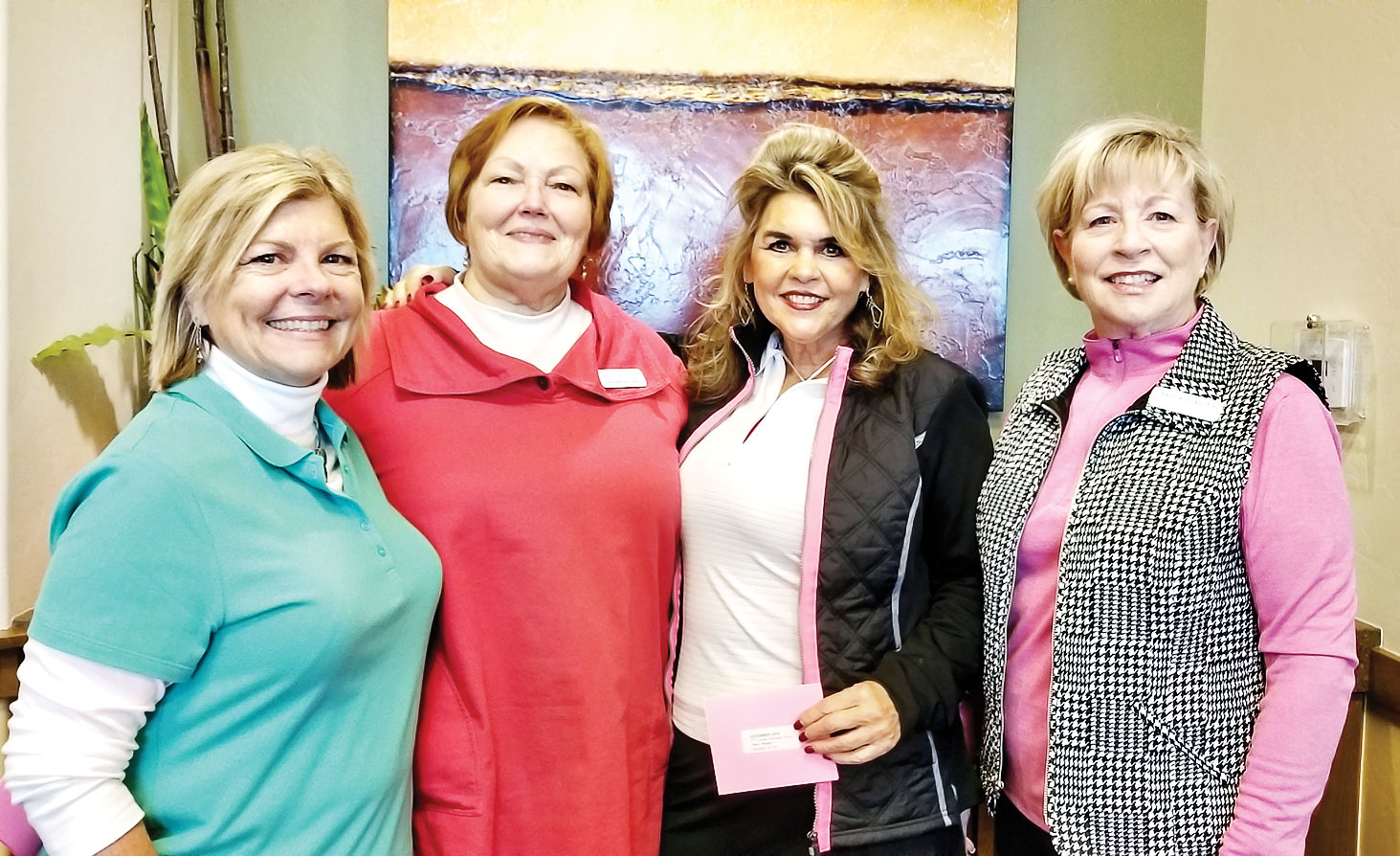 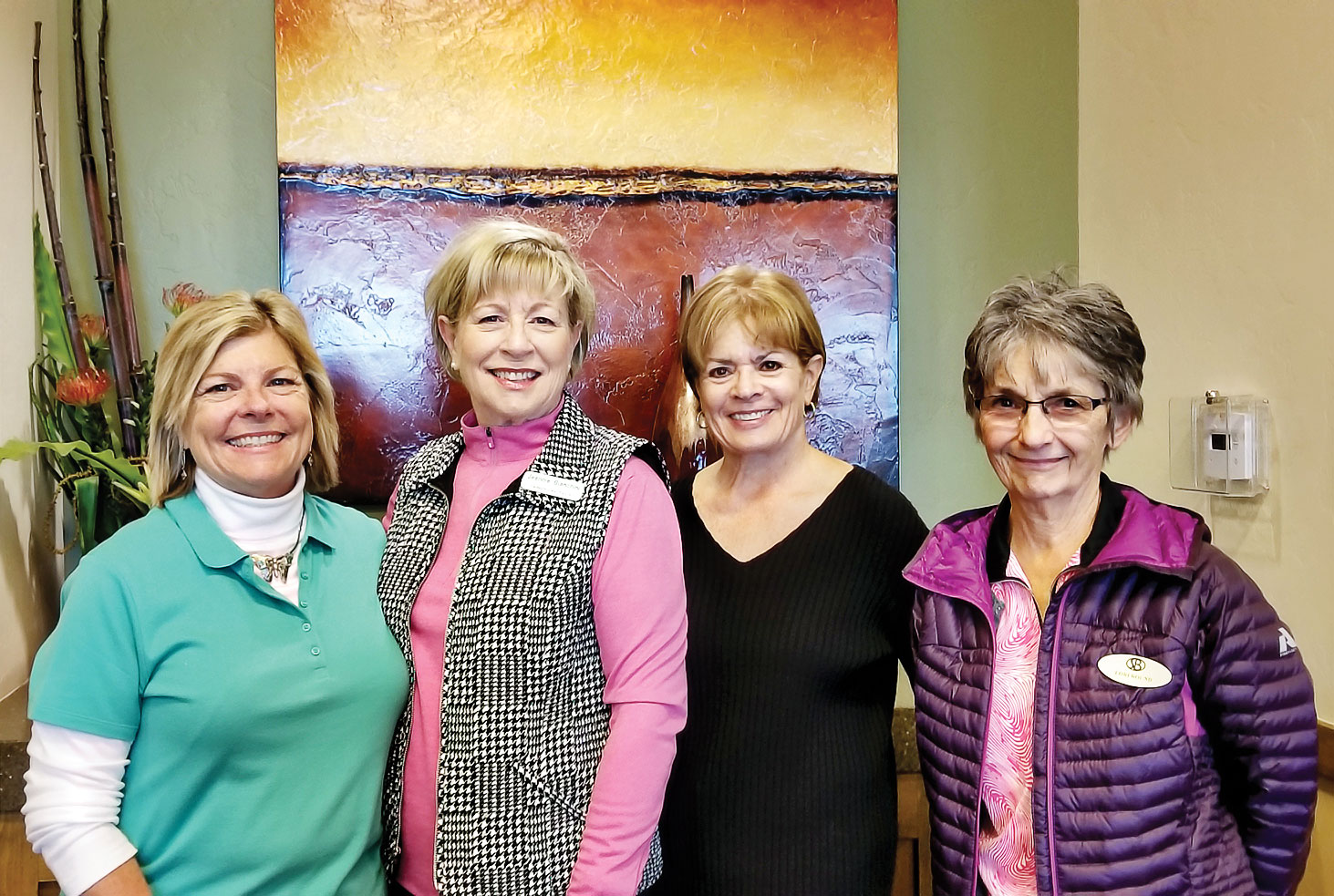 Monthly prizes are given out to putters with the first, second and third lowest average scores and ladies who scored six or more holes-in-one.

Ranchette Putters is pleased to announce our November winners. Jeannie Bianchini, Sherrie Hawk and Mary Schlachter tied for the third lowest average of 37.000. Terry Pendy captured second place with an average of 36.667. The first place honors went to Jacque Hendricks with a stellar performance of 35.667.

Boisterous celebrations accompany every hole-in-one on the green. In November the following putters were applauded more than six times: Jeannie Bianchini (10), Lori Round (8), Jacque Hendricks (7) and Janice Neal (6).

Ranchette Putters congratulates our November winners and invites all female residents of SBR to join us for a fun weekly event. Check out our bulletin board by the pro shop for more information or contact Marian Bianchini at [email protected]