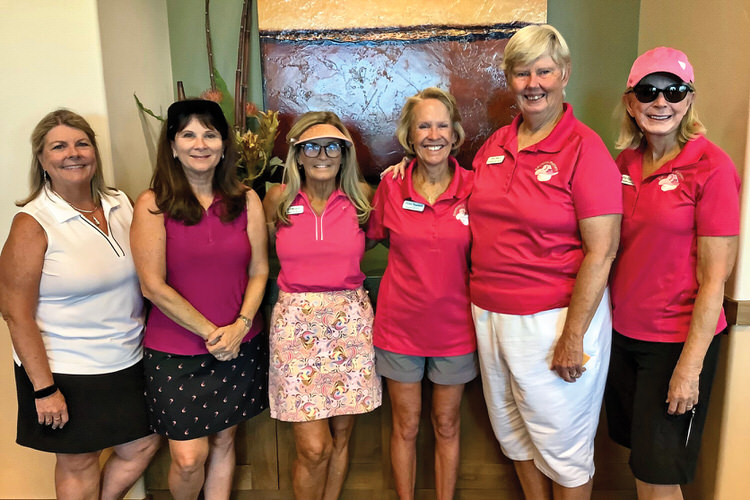 Putting in June presented a new set of challenges. First there was the heat, which brought in the humidity at the start of monsoon season. Then the fertilizers being used on the golf course created barnyard odors in the air. In spite of these conditions, the Ranchette Putters were grateful to have access to the SaddleBrooke Ranch (SBR) green on Wednesday mornings, while the course was closed for maintenance.

While June was a very warm month, these ladies conquered the heat and recorded great scores. The third lowest gross average was turned in by Susan Eggleston with 36.667. Barbara Saffran had the second lowest gross average of 36.333. Outstanding putting performances by Trish Minard and Evie Thompson put them on top with gross averages of 36.000.

The use of handicaps has created another group of winners each month. Third place went to Vickie Thomson and Jodi Walker-Lowe with net averages of 36.400. In second place was Cathy Ratliff with a net average of 35.800. Shirley Sullivan had the best net average with 35.067.

Ranchette Putters congratulates our June winners and invites all female residents of SBR to join us for a fun weekly event. Our bulletin board by the Pro Shop has more information, or contact Corky Mansmith [email protected]