Diane Waldapfel at the money hole. 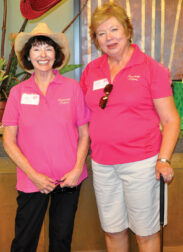 Marci Yenerich at the money hole. 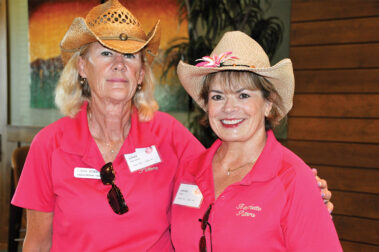 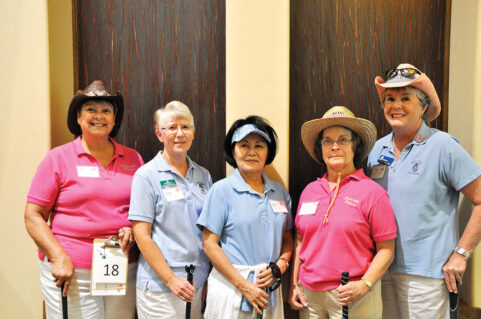 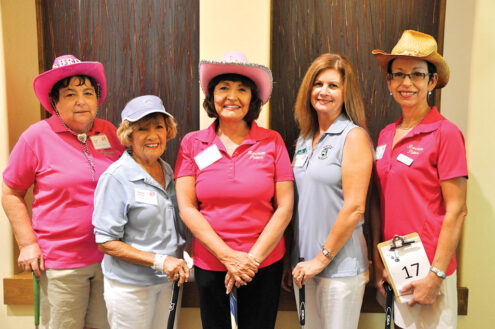 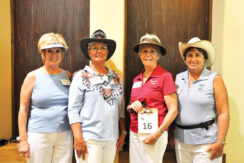 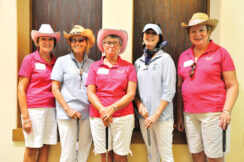 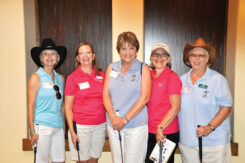 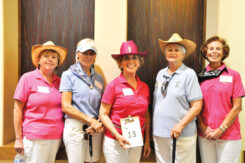 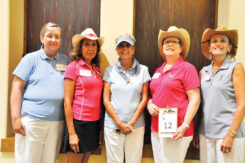 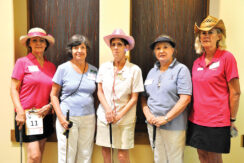 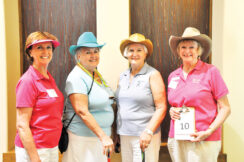 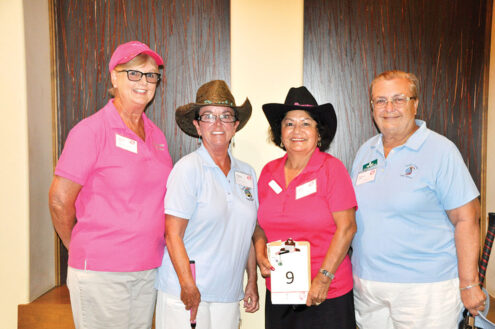 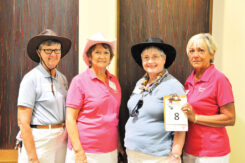 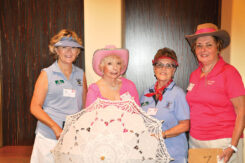 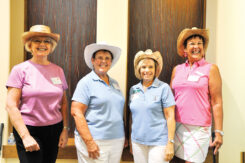 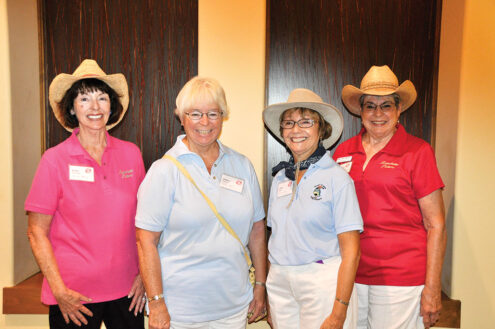 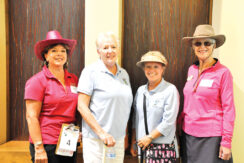 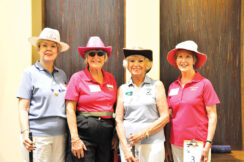 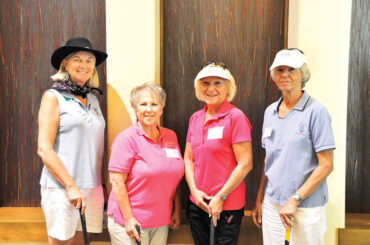 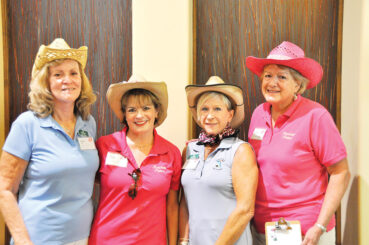 September 10 was a Rhinestone Cowgirl day when Quail Creek Lady Putters in Green Valley visited the SaddleBrooke Ranch Ranchette Putters for a morning of putting competition and social exchange. After heavy rains earlier in the week, our day turned out to be beautiful and not too hot. The putting green hosted 79 women putters in teams of four or five. Cheers and laughter were common as women made holes-in-one throughout the 18-hole putting green. Several women earned one dollar when they made their hole-in-one on the money hole. No matter the score today, it was a sure thing that these ladies had a good time.

After having a great putting competition, our two groups merged back to La Hacienda Club for a lunch served by Bistro Veinte staff. Our menu included Southwest style chicken, potato salad, coleslaw and corn muffins followed by dessert.

As we waited for lunch, many wonderful items were raffled off to both Ranchette Putters and Quail Creek Lady putters. Awards were given out after lunch by co-presidents Linda Bowman and Janice Neil. Team 14 won lowest team score with an average of 40.1. Marci Yenerich was lowest score, 34, from Quail Creek with Dawn Hause and Pat Kanitz sharing lowest score, 36, from the Ranchette Putters. Marci Yenerich won most holes-in-one with four today. Congratulations to all the winners.

Dee Waggoner, Quail Creek President, thanked the Ranch for hosting them and invited us to come down next year for play at their location.

Thanks go out to co-chairs for the event, Camille Hovmiller and Karen Gressingh, for a well-run and fun-filled day of putting along with all the committee members putting in hours of time to host this event.

It was a fun day. We look forward to our next outing with Quail Creek Lady Putters.