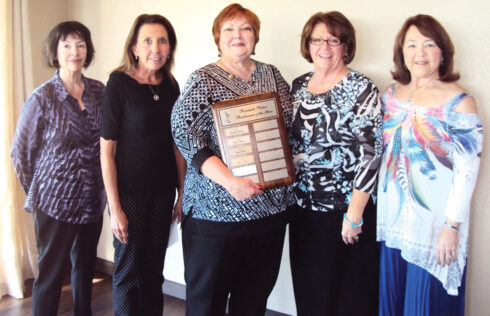 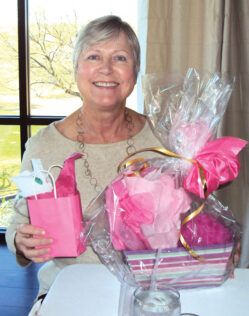 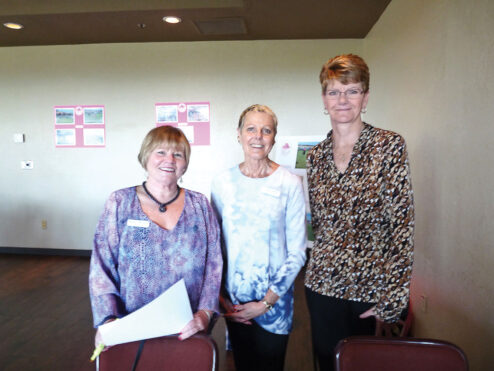 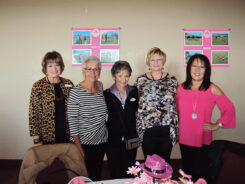 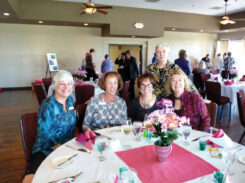 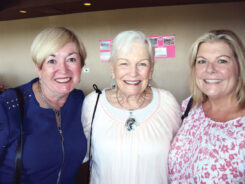 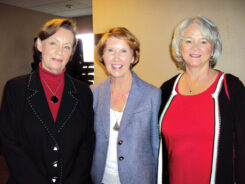 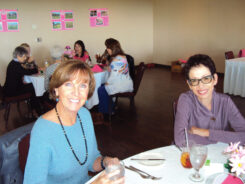 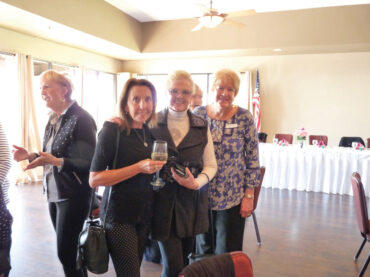 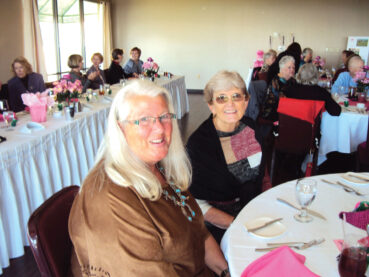 On January 18 the Ranchette Putters hung up their pink shirts and parked their putters to attend their annual awards luncheon. The lunch was held at the Overlook Restaurant in Oro Valley.

While enjoying a lovely three-course lunch in a banquet room overlooking the golf course, the members also had many opportunities to win raffle prizes. Three members were lucky enough to win a brand new putter.

Following the lunch annual awards were presented by statistician Jeannie Bianchini. Best Attendance Award was received by Mary Tiemann. Heat, cold or wind did not deter this putter from showing up each week. Going straight to the hole 52 times in 2016, Nancy Galant was awarded the most holes in one for a fulltime resident member. Alyce Grover putted straight and true 25 times, to earn her the most holes in one for a parttime resident member.

Making easy work of the weekly putting challenge, these ladies won the top three awards for 2016. The prize for third lowest average went to Karen Gressingh for 38.66, and earning second lowest average at 38.33 was Nancy Galant. First place and the coveted Roadrunner Award went to Mary Schlachter who averaged 38.30 for 2016. The Roadrunner plaque bears the names of the Ranchette Putters who achieved the highest average annual score.

Closing out the event, Nancy Galant expressed her gratitude to the board and club members for making 2016 a successful year. She presented gifts to the departing 2016 board members: Vice-President Deb Lawson; Secretary Kerstin Seifert and Membership Coordinator Karen McIver. A special note of thanks to Event Coordinator Cindy Heck and Kerstin Seifert for the lovely decorations, and a great time had by all.