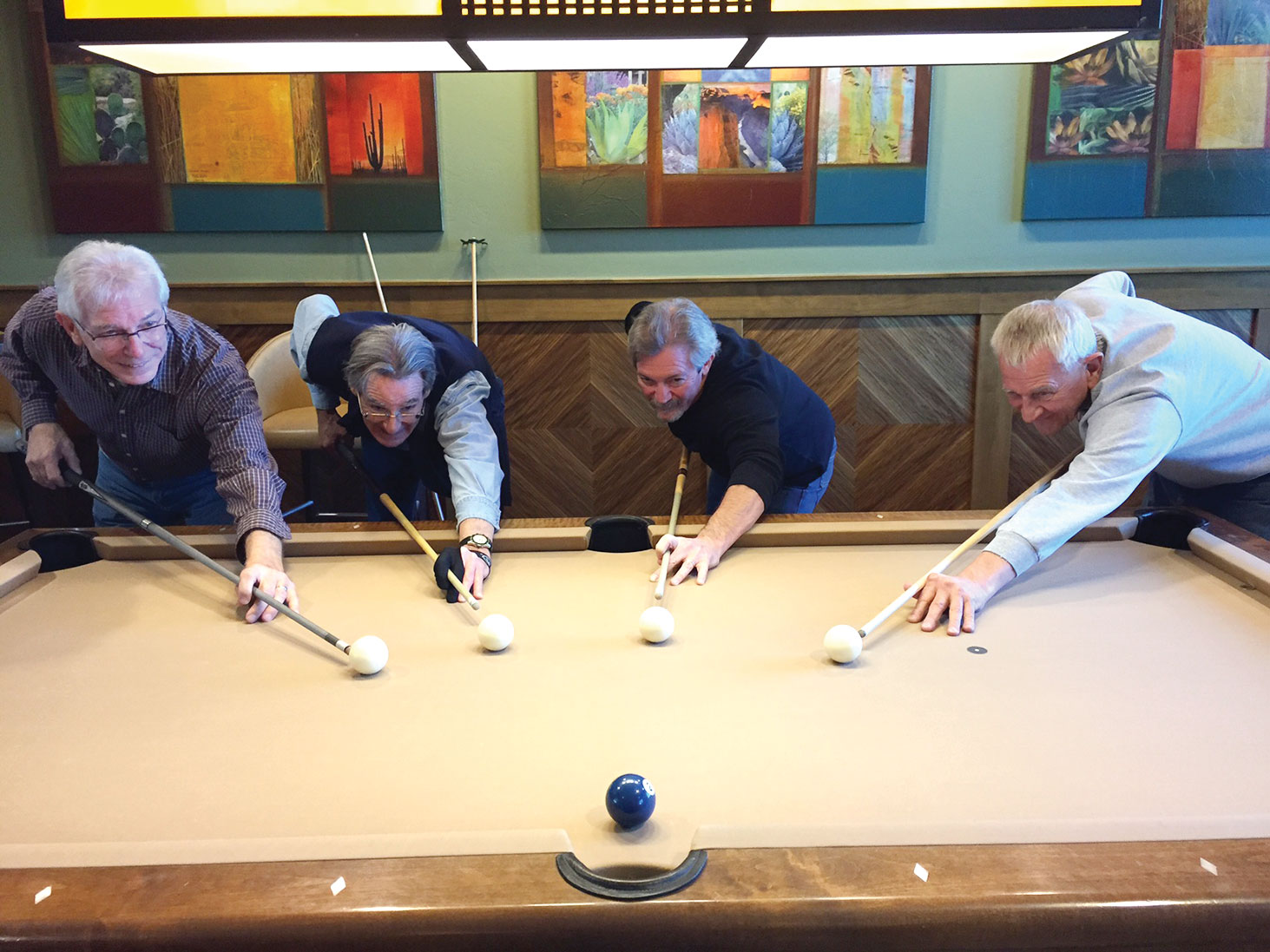 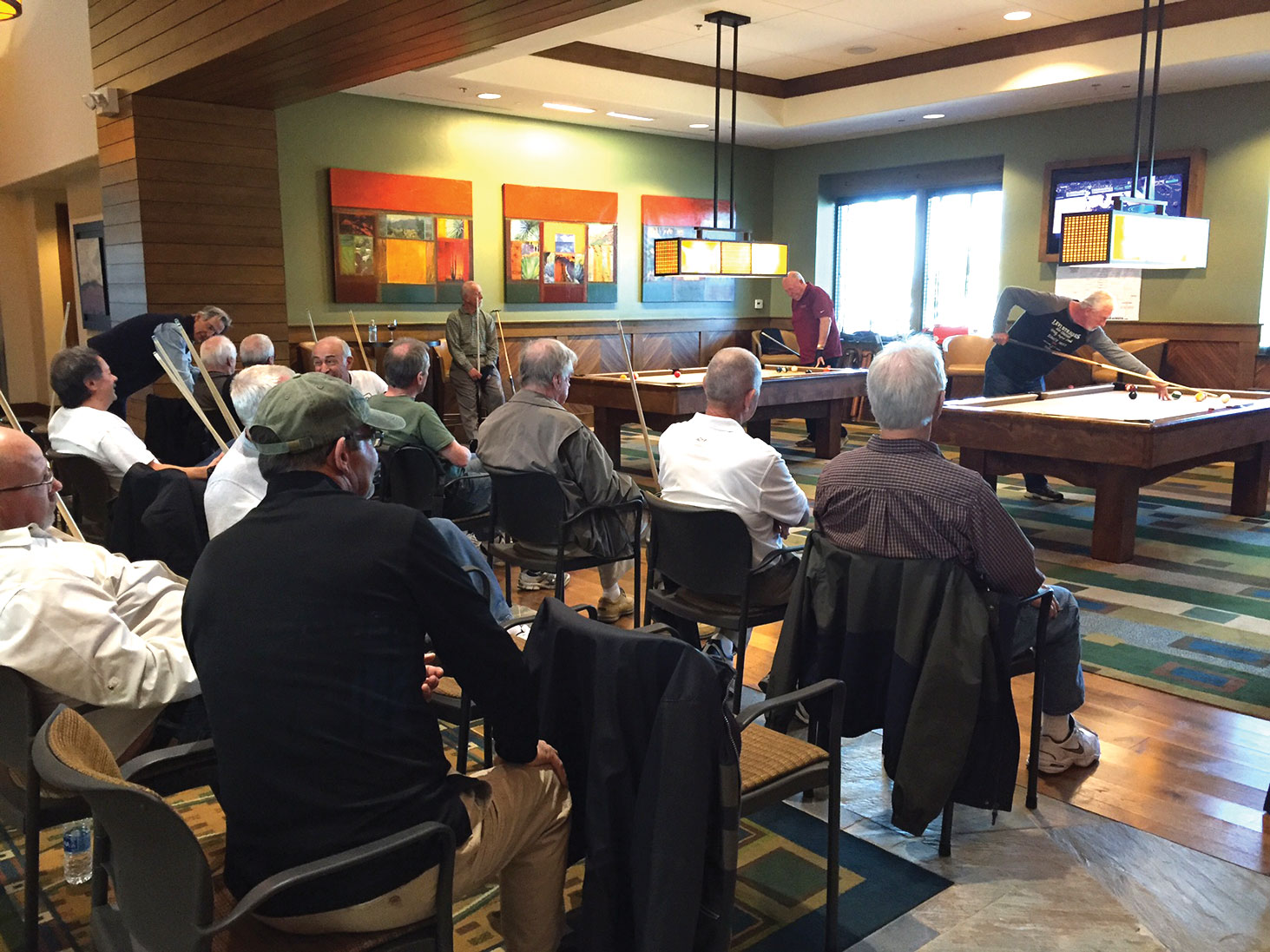 Competitors and spectators enjoying the action.

Recap: Randy “Thin Man” Smith was on the waiting list for this event, but lucky for him a player dropped out early Saturday morning and Randy filled that spot in the tourney. He started the tourney with a win over Paul Callas. He was then sent to the loser’s bracket by Jim Fabio. While in the loser’s bracket he outplayed Richard Galant, Cliff Terry, Fred Dianda, Jim Mansmith and Tom Kaliski to get to the finals against Dominic Borland who was undefeated on the hill waiting for someone to come out of the loser’s bracket. Remember, Randy would have to beat Dominic twice to win this tournament. Randy won the flip and deferred the break. Dominic broke and the game went back and forth; then Dominic got in stroke and started to run out until he got down to the 8-ball where he uncharacteristically missed. This opened the door for Randy to win the first game, and he did just that. The final game was for all the marbles. Dominic controlled this game from the beginning and again was running out when he got a little out of line on the final 8-ball. He paused to assess his shot because the 8-ball was close to the side pocket, and it would be difficult keeping the cue ball from scratching. Dominic got down on the shot, pulled the trigger and the 8-ball went right into the corner pocket like it had eyes. Unfortunately the cue ball found the side pocket and Dominic lost the game. Randy had outlasted a field of 16 to take the championship. Congrats, Randy “Thin Man” Smith.

Thanks to all the participants and the ladies of the Bistro Viente Restaurant for their great service.

A fun day was over after three and one-half hours and 32 games of 8-ball. Sixteen participants competed and met some new friends that shared their passion. That is a good day! Rack ‘em up!