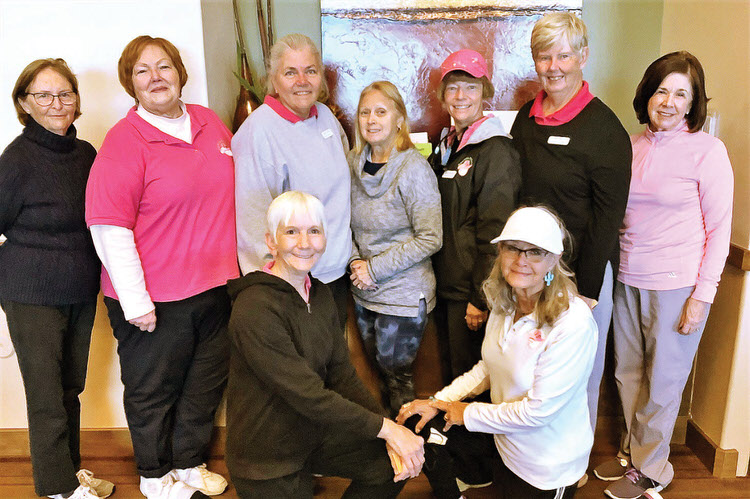 Cloudy, cold, damp, windy weather greeted the Ranchette Putters on Wednesday mornings in January. Bundled up in winter clothing, ladies faced challenging and changing conditions—including a brief rain shower as a putting session ended and everyone rushed into the Hacienda Club.

The initial layer of cold, damp precipitation often caused the green to run fast, until the fierce winds dried it out. With only nine holes cut into the grass, bumpers provided an additional challenge for the putters. Any ball touching a bumper was considered to have dropped into the hole—which was easier said than done!

Using handicaps has allowed the club to award prizes to another group of winners each month. Third place went to Sheliah Drewienskowski with a net average of 36.700. Tied for second place were Janice Hynes and Anne Ratterman with net averages of 36.100. Ardie Rossi had the best net average with 34.600.

Ranchette Putters is amazed at the perseverance and talent our January winners displayed. The club invites all female residents of SBR to join us for a fun weekly event. Check out our bulletin board by the pro shop for more information or contact Corky Mansmith [email protected]