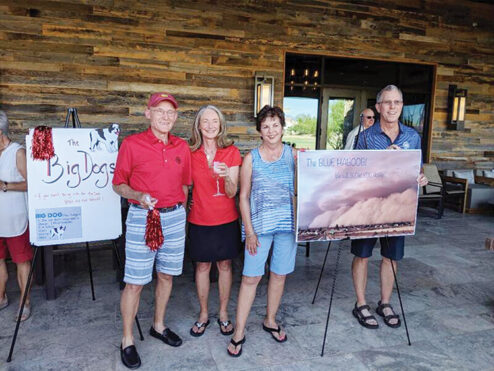 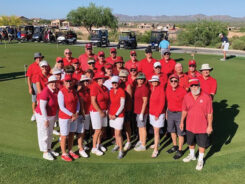 The Big Dogs and Captains Gaye Ohanian and Mike Mycka. 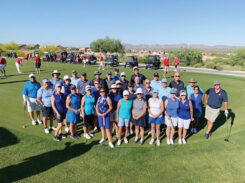 The Blue Haboobs and Captains Charlotte Graham and Guy Shelton. 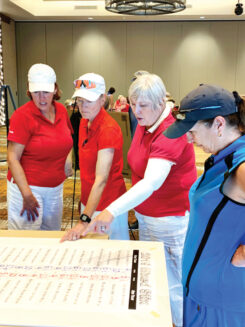 It was a very close game! The Big Dogs won by only one point. 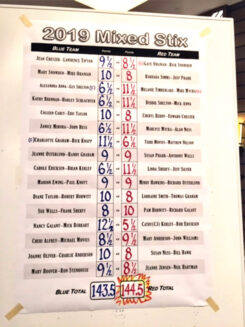 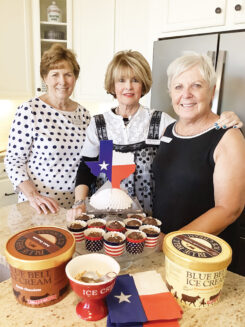 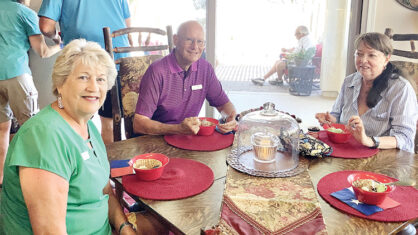 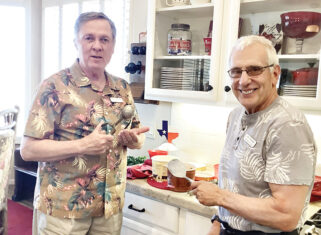 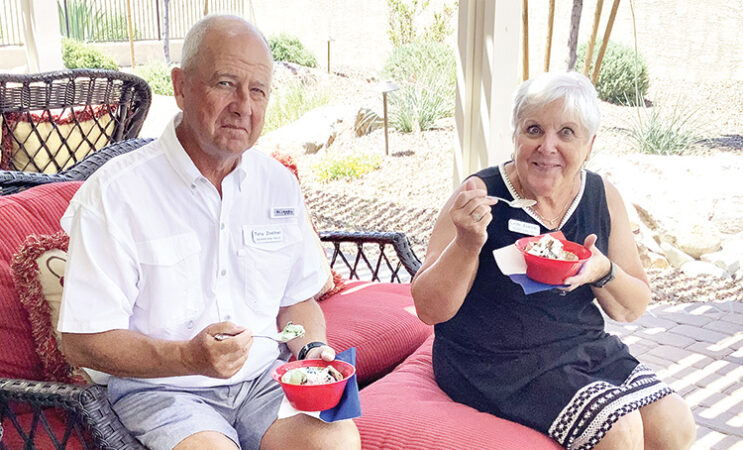 The second annual Mixed Sticks golf tournament was held on June 6, as last year was so much fun we had to do it again! Even though it’s summer, 64 golfers participated in the event.

The format was a Ryder Cup match-play with blue and red teams competing for honors – and prizes! The teams were comprised of an equal number of men and women. Each twosome was comprised of a man and woman, determined by handicap.

To kick off the tournament, the teams were revealed at a happy hour event. Team captains for the “Blue Haboobs” were Charlotte Graham and Guy Shelton, while Gaye Ohanian and Mike Mycka rallied the red “Big Dogs” team. They were very creative with posters on the course to spur their team on to victory.

Following the tournament, everyone gathered in the Sol Ballroom for lunch, beverages and tallying of the scores. The competition was very close! The Big Dogs won by only one point, but everyone had a great time, and that’s what counts!