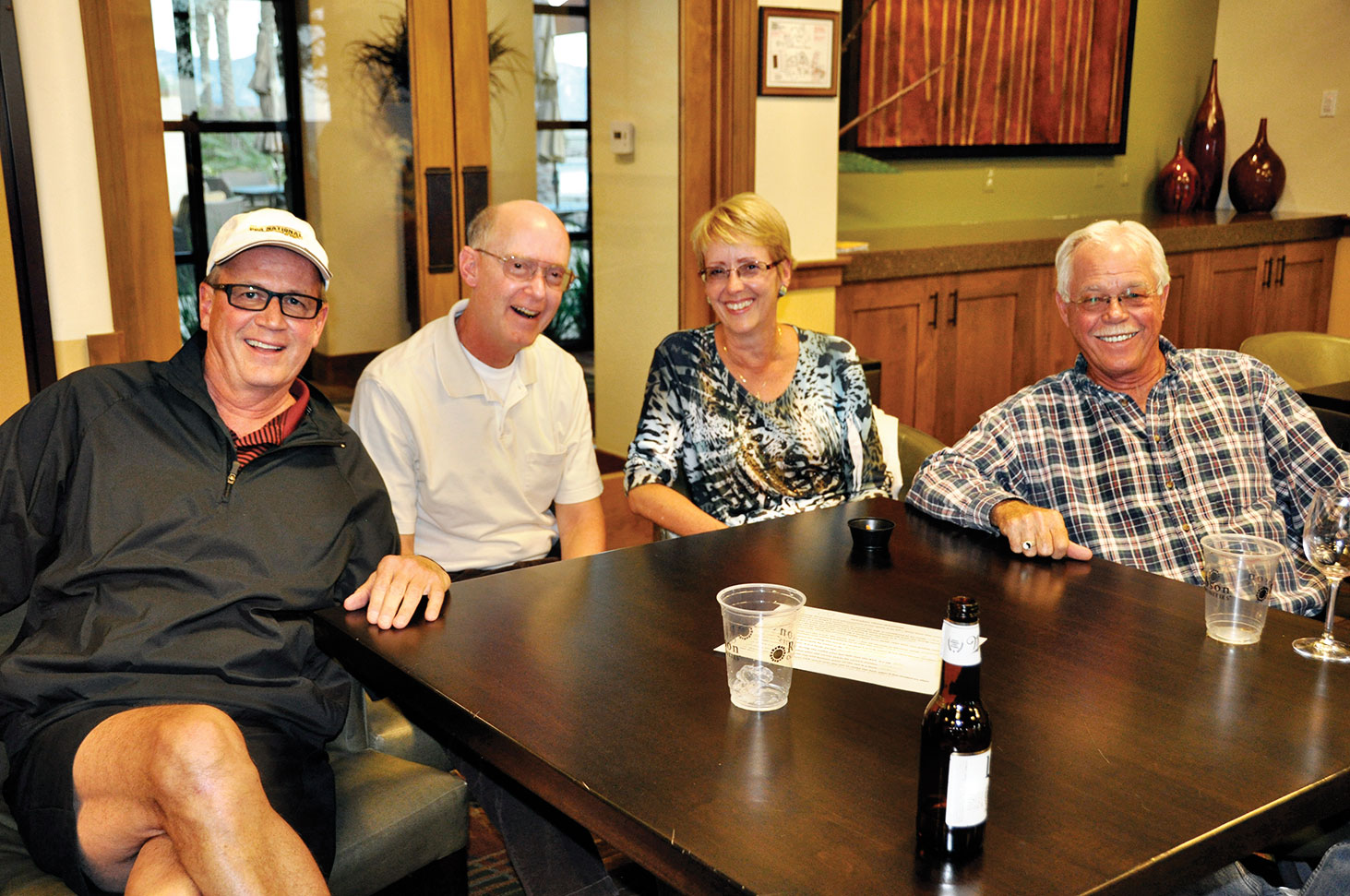 The SaddleBrooke Ranch Pickleball Association continues to grow, being the largest and most active club in the community. With over 150 members you will find members playing daily during club play at the pickleball courts and several different times throughout the day. The player levels range from 2.0 (beginners) to 4.0 (more advanced). Besides court play, the club has had other activities to bring members together.

The new officers wanted to get a feel from members on what issues and activities they wanted the board to focus their attention. A survey was sent out to members with 67 members completing the survey.

Being a new club, many members do not know how to referee a pickleball game. To bring more knowledge to club members, Steve Phillips and Chris Jerman held a referee training on February 15, later going out to the courts to allow members to referee games being played by club members.

On Friday, February 27, members of the Pickleball Club were challenged by rules master Steve Phillips and Chris Jerman with a pickleball rules trivia. Six teams of four pondered the 26 questions posed to the groups. In the end one team surfaced as the winner, missing only one question.

The teams shared their knowledge of the rules to come up with the correct answers. The teams with the fewest correct answers were also winners this night, winning his/her own copy of the USA Pickleball Association Rules booklet to sharpen their knowledge. The winning team was awarded a two night stay at Steve Phillips’ cabin in Show Low. Thank you, Steve, for your generosity.

A new session for recreational partner play for all player levels. Partners can be your spouse or a friend or two men or two women, but all players must be members of the SBR Pickleball Club. After play we meet at the Bistro Veinte for beverages and food. The sessions are the first Thursday and the third Friday of each month. The April schedule is Thursday, April 2, 2:00-4:00 p.m. and Friday, April 17, 2:00-4:00 p.m. Contact Linda Harvey at [email protected] to sign up.

The second annual SBRPA Festival will be held April 27-May 2 at the club courts. Please register if you have not yet signed up.