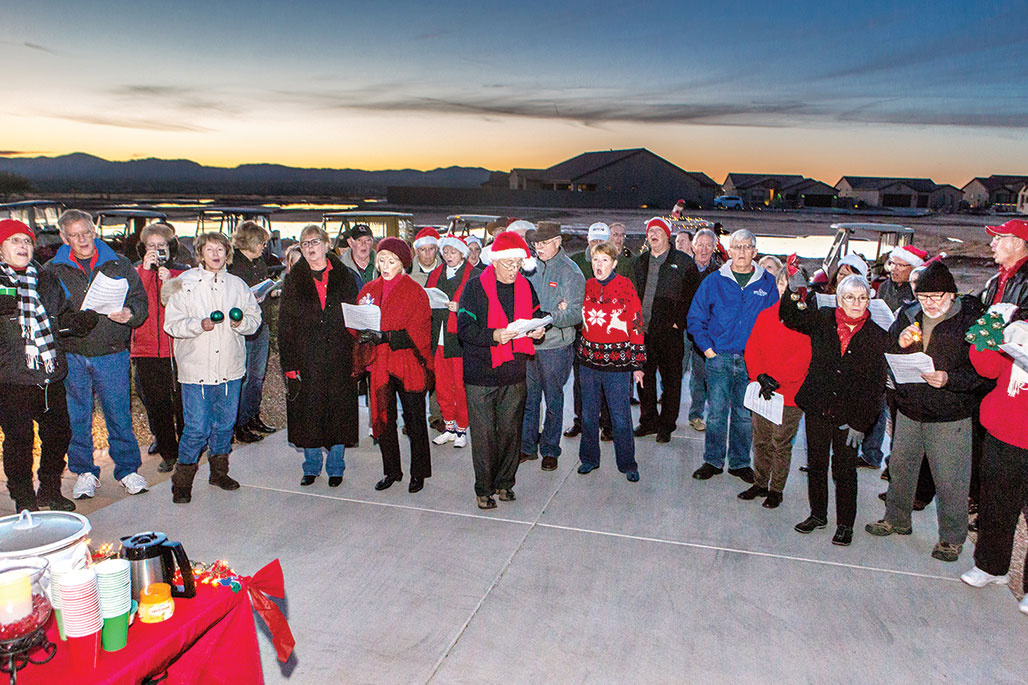 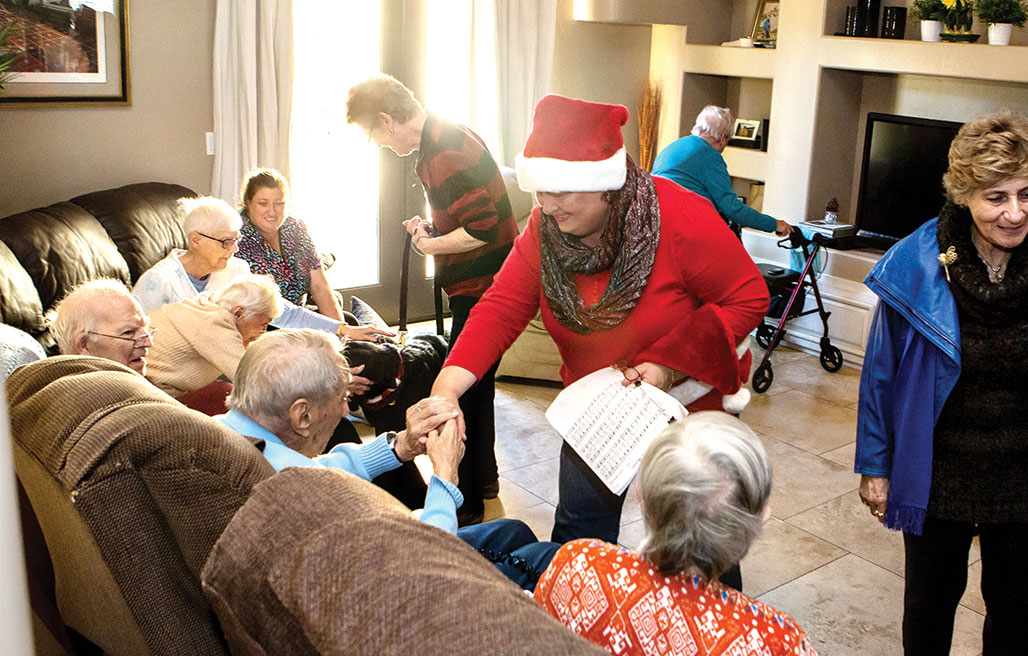 Carol Singers visting Heritage Home to sing to the residents.

The spirit of the holiday was amplified in the community of SaddleBrooke Ranch when neighbors joined with the SBR Carol Singers to sing some of the most beloved Christmas songs as well as a few songs of Hanukkah. The first event was during Happy Hour at Bistro Veinte in La Hacienda Club on December 17 with over 60 people singing nearly 30 carols and songs, both old and new, in the SaddleBrooke Ranch ‘repertoire.’ This was more than a dress rehearsal and developed into a union of voices and holiday spirit.

The main event for carol singing around the neighborhood was Friday, December 19, with a group of over 50 neighbors gathering at the SaddleBrooke Ranch Firehouse to begin our singing tour. The group sang a dozen or more songs for the firemen and neighbors living nearby, and being the third day of Hannukah it was entirely appropriate that we include a special song in our program. Managing to keep to a tight schedule, the SBR singers drove their carts to five wonderful stops around the neighborhood where after singing they were treated to liquid refreshments and goodies at each stop. In fact, the hosts for these stops invited the neighbors near their homes for holiday parties to enjoy the wonderful carol singers; it was very difficult to leave! At our last stop the carol singers were invited inside to sing and were treated with a flute accompaniment by Kerstin Seifert. Next year we will have to make her beautiful playing heard at all the stops!

A special thank you goes out to the Golder Ranch firemen, Emily and Doug Smart on Desert Pup Fish, Judy and Bruce Smith on Ankole Drive, Barbara and Bob Drury on Egret Trail, Cathy and Stephen Lair on Big Horn Drive, and our last stop Carol and Tom Andrews; you were all wonderful hosts.

One of our neighbors, Cathy Kovach, made a special request to have a few singers come to her mother’s home, Heritage Manor in Catalina, to sing for the lovely residents. They enjoyed the singing and joined in on several of the popular songs. We plan to come back again next year.

A special thank you goes to Alastair Stone for his leadership and organization of these events. We love his enthusiasm.

This is the third annual Carol Singing event; we are already working on plans for 2015.