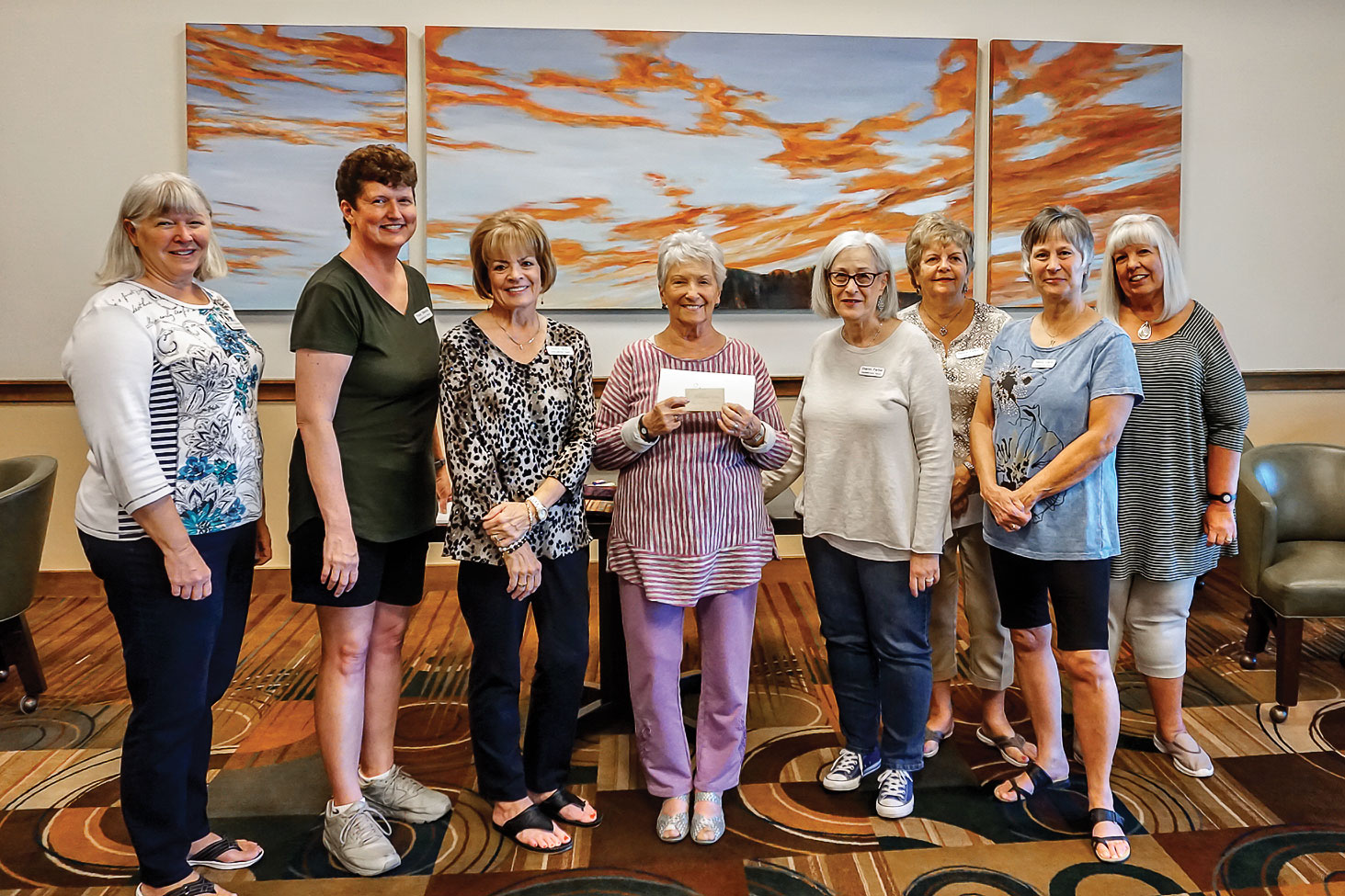 What a fun day we had playing Mah Jongg (MJ) at the SBR fall 2108 Mah Jongg tournament held on November 8 in the La Hacienda Club. Twenty-eight players gathered for five rounds of play (four games per round) during the event, completing 20 games by the end of the day. At the end of each round, all players switched tables, so everyone had an opportunity to meet and play with other Ranch participants.

Players had the opportunity to practice at three different sessions prior to the tournament to become familiar with tournament rules, learn scoring and practice playing faster than most do during more casual play. For many, this was their first tournament experience and the practice helped them to feel more confident and prepared.

After the first three rounds of play, everyone adjourned to the Bistro for a delicious buffet lunch of short ribs and potatoes, chicken, macaroni and cheese, salad, pita bread and dessert. Many thanks to Chef Jose for working with the tournament team in coming up with this yummy meal!

Three players also received a prize in a random drawing.

In the tournament evaluation, all participants said they would want to attend the next SBR MJ tournament. Most asked that the tournament be held twice a year, with many suggesting a quarterly event. In response, the tournament team has already started to plan for a second tournament in spring 2019. Stay posted so you can mark your calendars early. Until then, happy playing!