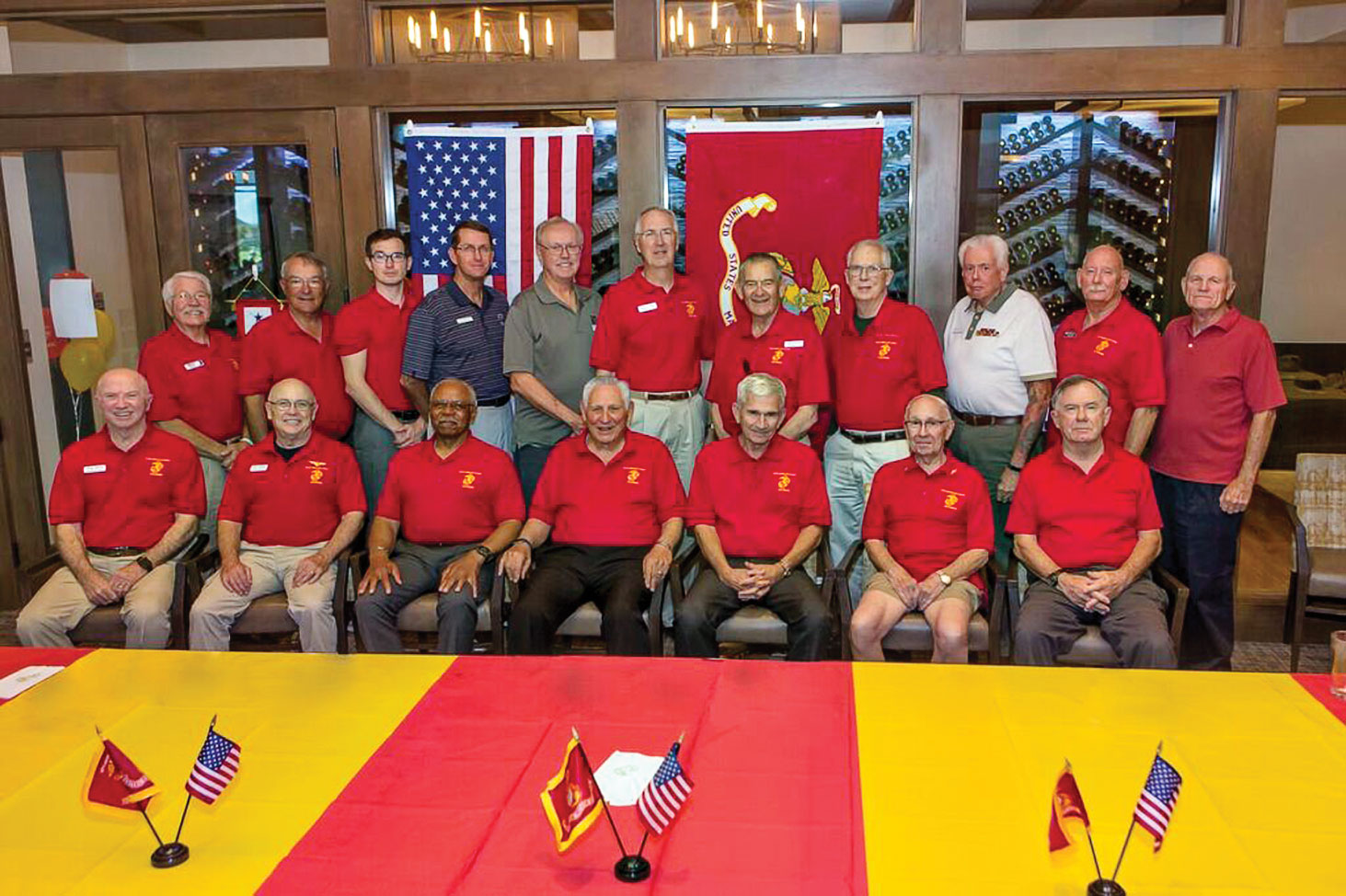 The SaddleBrooke Ranch Marine Club saluted the 243rd birthday of the United States Marine Corps on November 10, 2018 with a special guest speaker, lunch and a special dessert. Lt General (ret) Bruce Knutson attended as a special guest speaker of the SaddleBrooke Ranch Marines. The dessert was cake which was cut by tradition with a Mameluke sword where the first piece is given to the guest of honor. The second piece is given to oldest Marine in attendance who in turn hands it to the youngest Marine. This cake passing tradition symbolizes the passage of knowledge from the oldest to the youngest marine. Another special attendee was Mel Allen, Sergeant Major (ret) MCRD San Diego who is in the process of building a home at SaddleBrooke Ranch.

During the celebration each marine shared a brief experience they had while on duty. Every one expressed great pride in their service and country. Special thanks are given to the SBR Marines founding committee, Kevin Munley, Mark Klicker, Greg Byrne, Martin Lenzini and Mark Morgan. The meeting was concluded with the simple but proud exclamation “Semper Fi.”