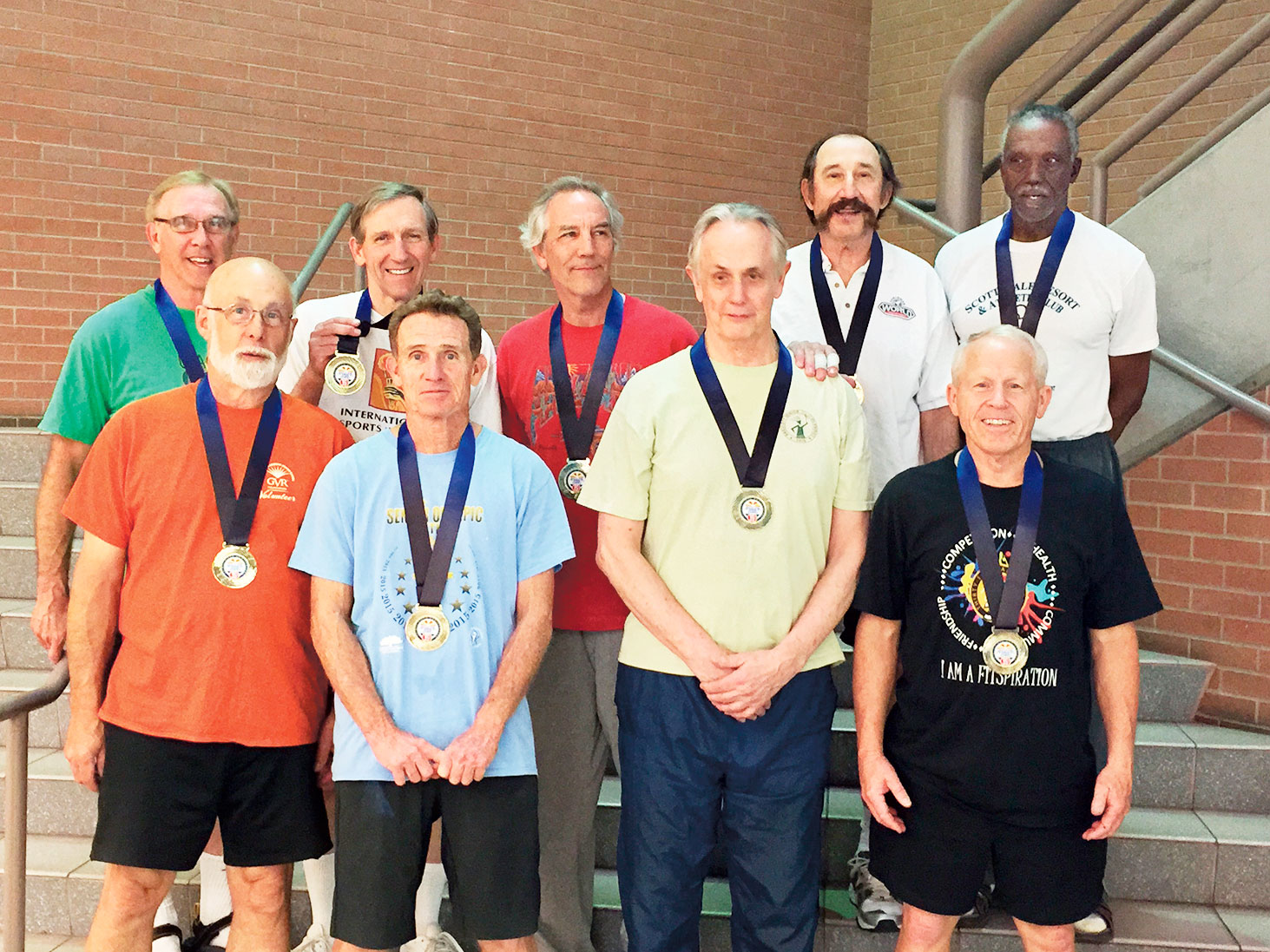 Many of you know SaddleBrooke Ranch resident Don Williams from his part-time job at the fitness center. But when Don is not here he is most likely traveling to play in another volleyball tournament somewhere in the United States. Don has been playing Masters level indoor men’s volleyball since he turned 50 years old and has played in numerous State Senior Olympics, U.S. Senior Olympics, USAV National Championship Games and World Senior Games over the years.

Don just returned from Orlando, FL where he played in the United States Volleyball Association (USVA) Adult Open Championships with his “Living On The Edge” team. This is the highest level adult volleyball tournament in the U.S. with teams coming from Brazil, Venezuela, Canada and Europe to compete. The players on Don’s team are from all over the United States. He has played with some of the players for 18 years.

The question always comes up, “How do you practice?” Players on the team typically play a specific position. They practice at their local gyms wherever they can find competitive level volleyball and focus on playing their position. Don trains at a private “invitation only” gym in Tucson where many National level players practice on a weekly basis. Some players travel from Phoenix, Flagstaff and El Paso, TX to practice there. When the team comes together for tournaments, everyone knows how to play their position. Don typically plays the middle hitter/blocker position.

In the last five years Don has also played on World Masters Volleyball tours that included playing in three cities in China as well as Buenos Aries, Argentina, Sao Paulo and Rio de Janeiro, Brazil. In Rio he played some beach volleyball at Copa Cabana beach and Ipanema beach as well as playing at Brazil’s Olympic training center where he met the players on Brazil’s women’s gold medal Olympic team. Now those are some really tall girls!