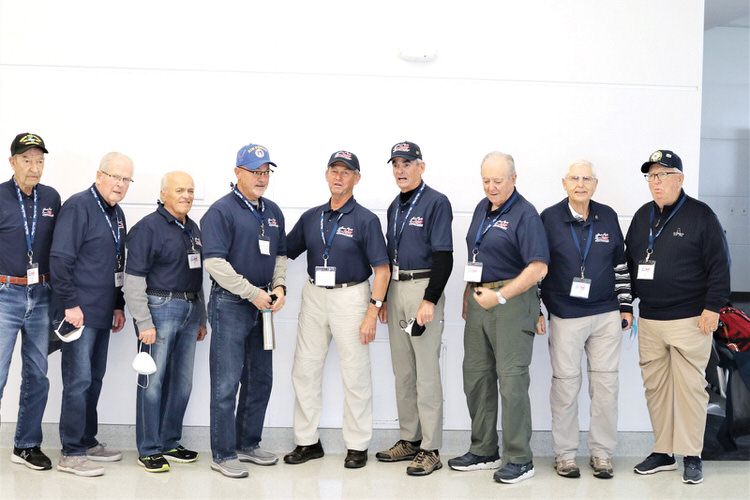 Col. Nagy and Lt. Col. Bone are also members of the Catalina Mountains Satellite Chapter of the Military Officers Association of America (MOAA). Col. Nagy has just ended his three-year tenure as president and Lt. Col. Bone is the organization’s treasurer. Larroque is also the commander of American Legion Post 132, Oro Valley.

Honor Flight of Southern Arizona provides a volunteer guardian for each veteran. The guardian’s role is to ensure each veteran has a safe and memorable experience. The guardians meet the veterans at the airport and accompany them until their safe return home two days later.

While in Washington, D.C., the veterans visited the national memorials erected by a grateful nation for those who served in World War II, the Korean War, and the Vietnam War. The Martin Luther King, Jr., Lincoln, and Franklin Delano Roosevelt Memorials were also on the itinerary.

The tour further included the Air Force Memorial, the Iwo Jima Memorial, and the Arlington National Cemetery. Special arrangements had been made for the veterans to witness the changing of the guard and wreath laying ceremony at the Tomb of the Unknown Soldier. The soldiers of the Third Infantry Regiment, known as “The Old Guard,” have stood 24-hour-a-day watch over the tomb since 1948.

The Honor Flight returned the veterans from their unforgettable experience to Tucson International Airport on the evening of March 28. They were greeted by an enthusiastic crowd of family, friends, and supporters.

For additional information about Southern Arizona Honor flights, call 520-247-9700 or visit the organization’s website at honorflightsaz.org.