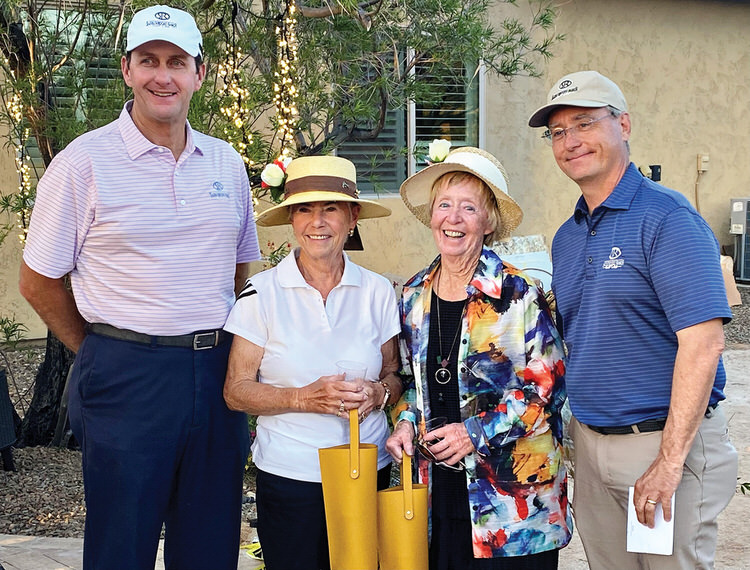 On Monday, April 25, the SaddleBrooke Ranch Women’s Golf Association kicked off the Member Guest Tournament with a horse race event. The field was divided into three stakes, with all players hoping to make it to the final round of the Triple Crown.

The format for the race was alternate shot. The field was very full with almost 30 players starting on each hole! It was quite a scene, with about 15 golf carts on one hole! After the first hole, half of the field was eliminated. After the second hole, the field was cut down to only five teams.

The five teams that remained then competed for the right to play in the coveted Triple Crown. For the Kentucky Derby Stake it was the team of Evie Thompson and Mary Drake that advanced. In the Preakness Stake the team of Catherine Steel and Nicole Burgess prevailed. Susan Ness and Terrie Pompa were the winners in the Belmont Stake.

The course was filled with cheering fans as the three teams made their way to hole number 8 for the Triple Crown. It was a tough race, and all the ladies fought hard! The final results are: