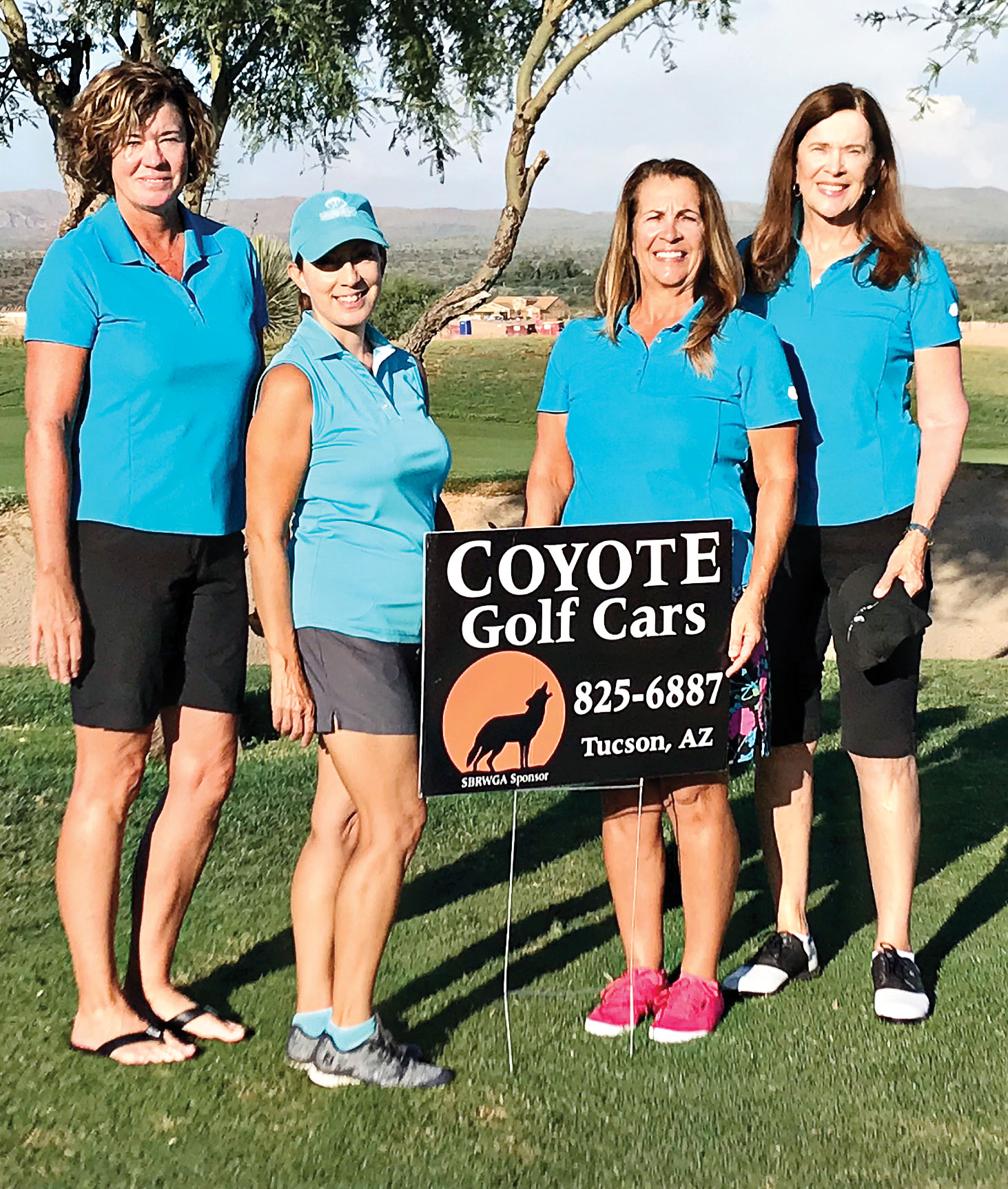 For the month of August, the SaddleBrooke Ranch Women’s Golf Association had two days of play for golfers to qualify for the end of the year Queen of Swings tournament. The first tournament was held on August 7. Alex Anna won low gross with a score of 89 and Terri Fraser won low net with a score of 68.

On August 28 the second day of play was held. Winners included Brenda Armenia with a low gross of 85 and Janice Mihora with a low net of 68. All four winners will compete on December 4, along with the other monthly winners, for the title of Queen of Swings.

Congratulations to Alex, Terri, Brenda and Janice for an outstanding job.! We also want to thank Coyote Golf Cars for their generous support of this tournament throughout the year.