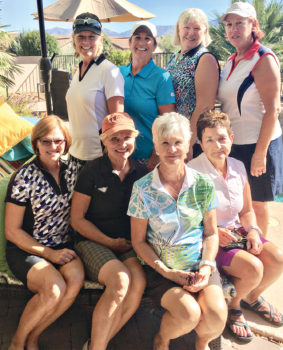 SaddleBrooke Ranch Womens Golf Association held its first Queens of Swing tournament on Tuesday, November 14. The year-long event concluded with the final tournament to award one low gross and one low net winner for the year. Twenty-two members competed for the title of “Queen of Swing.”

Congratulations to low gross winner Jean Cheszek with a score of 72 and low net winner Janice Mihora with a 69 who won in a card playoff.